Rant & Rave – your voice, your opinion. 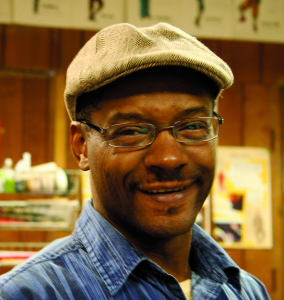 When I began writing this piece, it was about Cliven Bundy: a Nevada rancher, a conservative folk hero profiled and interviewed even called a “patriot” for expressing his anti-Federal government views, standing up to the government in a fight over grazing rights. According to the Bureau of Land Management, the cattle are trespassing on the Gold Butte habitat sanctuary for the endangered desert tortoise. Bundy has racked up more than $1 million in fees and penalties over 11 years.

Bundy was quoted in a Times story in which he referred to African-Americans as “the Negro” and recalling a time when he drove past homes in North Las Vegas and saw black people who “didn’t have nothing to do.” He said he wondered if they were “better off as slaves” than “under government subsidy.”

If that wasn’t enough racist rhetoric, before the dust could settle on Bundy’s dusty Nevada ranch, the sports world was hit with controversy erupting in the middle of the NBA playoffs. In a series of taped conversations, Los Angeles Clippers owner Donald Sterling was caught making disparaging comments about African-Americans and his “mistress” being seen in public with them.

The world will think certain things if you’re seen with black people, Sterling tells his mistress, so you should not be seen with them in public, and under no circumstances should you bring them to Clippers games.

The issue of racism isn’t limited to these aforementioned “incidents.” Journalists, pundits and opinion writers appear to think of racism as something of the past, confirmed by the fact that we have an African-American president. There’s fake outrage by some media outlets as they erupt, sitting in their lily-white newsrooms.

As a black journalist, I’m amused by members of print and digital media touting their commitment to a diverse community while displaying entirely white staffs.
Therefore, when these racial incidents occur locally, there’s an “occupier’s mainstream” view that usually doesn’t include the African-American perspective,  as our population exceeds 50,000. The African-American residents of Syracuse are not reflected in our largest media. We black folk apparently have no mass-marketing value; simply put: non-inclusive, not included, invisible.

You’d think that Sterling’s attitude is isolated? Do you believe Bundy’s attitudes about black people are in a black box inside his brain? Both are saying exactly what they think.

There’s a difference between Bundy and Sterling. Bundy is a bigot; nothing he can say or do will prevent an African-American from what he can rightfully earn and achieve. Sterling’s a racist; his power as owner of the Los Angeles Clippers and employer sets him apart. He can deny opportunity; he can determine what’s earned and who is allowed to achieve. Sterling can actively discriminate and be called a racist; he’s using his immense power of ownership and wealth.

Read, examine and scrutinize African-American participation in Central New York print, visual and digital media. Perhaps local owners aren’t that far behind Bundy and Sterling in calculating the participatory value of African-Americans in an increasingly diverse community. The question the community must ask, is this due to bigotry or racism?

Ken Jackson is an award-winning columnist based in Syracuse. You can read his blog at www.urbancny.com/hall_monitor.

MOTHERHOOD IN THE 21ST CENTURY 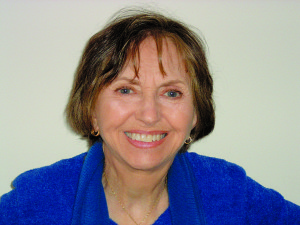 Despite all women’s advances, the pressure to have children still dogs women, who are led to believe they are not “real women” if they don’t have babies. In a 60 Minutes interview of actress Helen Mirren, after her incredible accomplishments were detailed, Morley Safer asked the question no man would ever be asked, “Don’t you feel you missed out not having children?” To which she forcefully replied, “I’m glad I never had children. I’ve had my freedom.”

From the time a girl is born and given her first doll, she breathes air that drones endlessly, “Your mission in life is to be a mother.” She’ll hear a zillion reasons why she should have babies, why she will not be “fulfilled” if she doesn’t. Volumes exist on motherhood’s joys. It’s long past time to focus on motherhood’s not-so-pretty face.

Study after study reveals: Motherhood is physically exhausting and extremely stressful. More often than not, babies do not bring couples together. Motherhood hinders woman’s ability to develop her talents and skills. It demands self-sacrifice, negating woman’s unique self. Children exact severe financial sacrifices. When divorce occurs, mothers typically face financial distress. Child abuse and neglect are rampant, often perpetrated by women unable to cope with motherhood. Worse yet, the environmental-human impact of overpopulation is rapidly moving the human species toward extinction as we pass sustainability. “Be fruitful and multiply” doesn’t cut it anymore. Arguments against becoming a mother are at least as important as the reasons for becoming one.

We must stop conditioning girls to become mothers.  Motherhood should not automatically follow from a cultural mandate dating to a time when breeding was necessary to sustain an agricultural existence and infant mortality was high. That world no longer exists. Motherhood should result from deliberate, careful thought about self, family, community and environment.

Rosemary Agonito’s latest book, The Last Taboo: Saying No to Motherhood is due out in the fall.

INTERVIEW: GOV. LINCOLN CHAFEE
A CRUNCH, AND THEN A KINDNESS
To Top