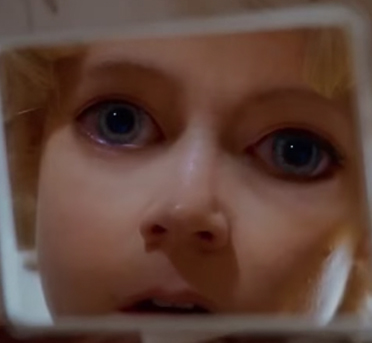 Margaret Keane comes out the winner on the big screen, too

In Big Eyes, celebrity producer and director Tim Burton allows us a fascinating look into the worlds of love and hate and how two people can so completely, thoroughly, convincingly, build their own bridges from one to the other.

It’s quite artistic, really, this 105-minute dramatic biography from the mind of the man that gave the world Edward Scissorhands, Beetlejuice, Batman Returns, The Nightmare Before Christmas, Ed Wood et al.

Of course, his writers, Scott Alexander and Larry Karaszewski, had plenty of real-life capriciousness to base this tale of polar opposites upon.

And the stars of the show, Amy Adams and Christoph Waltz as Margaret and Walter Keane, carry Big Eyes far on their quite able chops. Adams, blonde, slight and with a touch of the south in her voice, paints a woman whose own eyes are forced to see things she doesn’t want to admit. Add this to Julie & Julia, Leap Year, Trouble with the Curve, Her and American Hustle and she’s increasingly go-to. Waltz uses that touch of an Austrian accent and wild-eyes-at-will to charm and disarm at the flip of a word. He was deep as August in Water for Elephants and diabolical and funny as Bert Hanson in Horrible Bosses 2, and this one will elevate him further.

Margaret is not yet Keane when the story begins in the 1950s as she splits from her husband, taking her small daughter, finding an apartment and a new life in the gorgeous hills of San Francisco and a job as a graphic artist painting headboard murals on cribs. The palette is liberating as she sits drawing big-eyed portraits of children in a park for chump change, as a fellow artiste-behind-the-easel tells her after once-overing her work and her body. Something sparks quickly when he takes her to dinner at a French restaurant in which hangs one of his autographed Parisian street scenes, and before the early post-Christmas Saturday matinee crowd of 25 or so at the theater has wolfed down three handfuls of popcorn, the pair has wed because her former husband has sent a letter threatening to sue for full custody of their daughter.

Oh, what a life it is, too, because Walter is rich, a commercial realtor, really, who never made his real money in the art world where his heart lies. But his feet pound the pavement in the name of Keane, and soon enough, they have a gallery, she’s painting her increasingly popular big-eyed portraits for people to buy under his name because … well, he says it’s best, and the money is rolling in. He’s great at the publicity end, she’s great at the painting end, and everybody’s happy as they move to an incredible ranch house in the hills …

Serious critics have never really taken to that doe-eyed style. Margaret does not really accept the fact that women cannot excel in the art world and has taken to painting her own line as well. Her daughter is getting older and smarter. As charming as Walter can be sometimes …

The downhill spiral is downright scary, and it’s quite obvious whose side Burton and the writers are on as Walter’s grandest scheme bottoms out and Margaret at last turns righteous mother
and artist and they end up at opposite tables in a Honolulu courtroom. Walter’s side of the story is cartoonish. Burton’s background meets real life. You can read the courtroom quotes in newspaper archives, say online stories.

The ending is quite satisfying, Burton-style and all-around.

Adams and the real-life Margaret can be seen making the TV talk show rounds together in the now.