David Armelino chronicles the year that was in smartphone, tablet and computer applications.

2014 was a great year for phone, tablet and computer applications; some adding to old favorites and others completely new and original. If you received a smartphone or tablet for the holidays, or are a longtime user, here are some apps that you may have missed that came out this past year.

Smartphones feature an array of photo editing apps that have the ability to turn pictures taken on a cell phone into scenes that look out of this world. From adding filters, to combining photos, and even adding objects to the setting itself, below are the top photo editing apps of 2014: 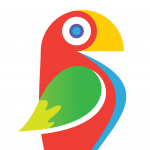 Brushstroke is a fascinating application that revolves around creating a painting from a photo. The app gives five main categories to edit from, consisting of what type of brush and paint style you’d like, filters, canvas type, photo editing options such as brightness and exposure, and a unique feature at the end of the editing process which lets the user add their own autograph to the bottom right hand corner of the piece.

Brush and paint styles include oil, hatch marks, lead, illustration, gloss and experimental, which distorts the image and adds an assortment of different colors to the photo.

Canvases also add texture to the photo to add to the illusion that it has been turned into a painting. Choices include papers, canvas boards and surfaces like burlap and wood.

Before (left) and after (right) upon manipulation using the Brushstroke app. Notice the signature in the bottom right of the edited image.
Photos by David Armelino | Syracuse New Times 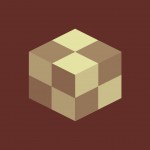 This app enables users to add responsive, three dimensional objects to images. Any object that is inserted reflects the setting in the photo.

The object has many different manipulations that can be applied as well. For example, different styles are available to make the object appear to be made of different materials. Color of the object is editable using a spectrum. The object can also be erased in certain areas, adhering to the original image as realistically as possible. Using both fingers allows the user to move the objects around and for scaling. 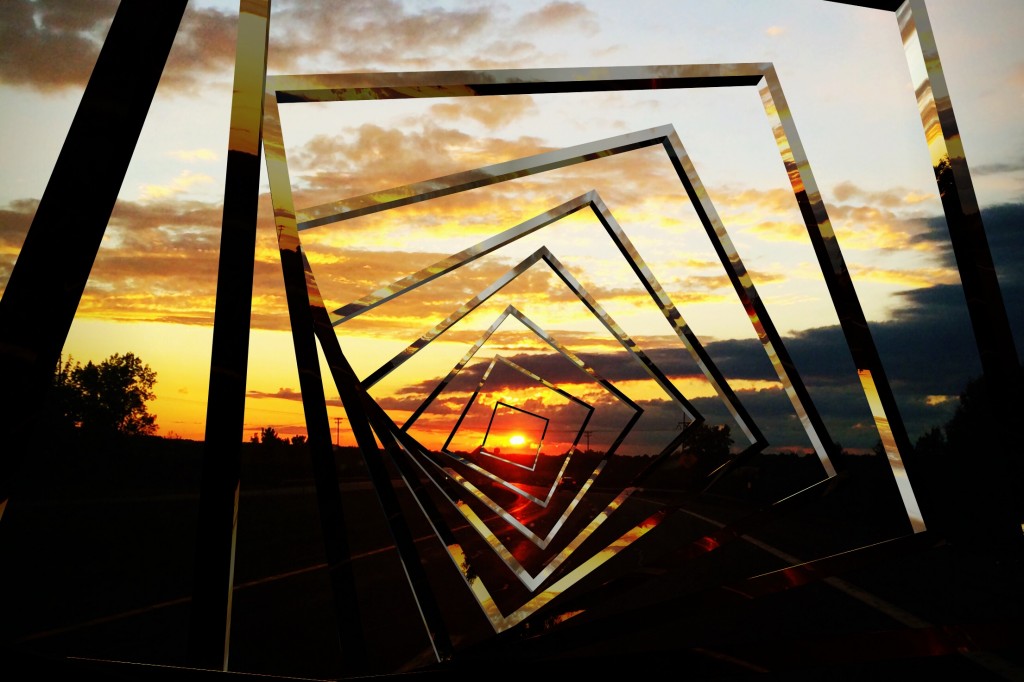 A image after being manipulated by the Matter app.
Photo by David Armelino | Syracuse New Times 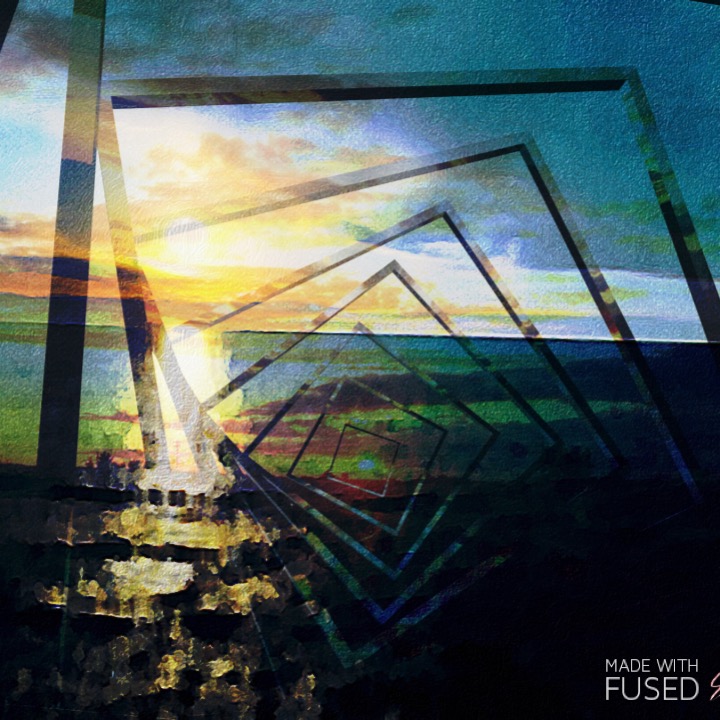 Fused is a double exposure photo editing app that lets the user combine two images together. In its simple interface, the user chooses two images at the bottom of the screen to combine. There are a number of free filters to choose from, with more available for a small fee. Exposure, brightness and contrast come next in the editing process, if the user so chooses. Masking, like in Matter, makes the two images appear to be flawlessly combined using the eraser and brush tools. Finally, the user has the option to tinker with the placement of the images and angle of which they are set using the arrange tool.

The way we get our news today compared to how it was delivered just a couple decades ago is vastly different. We are nearly always in the loop of what is happening in the world because our smartphones are able to notify us with news every hour on the hour. Even news apps themselves have changed dramatically since they were introduced in smartphones not so long ago, making it easier than it already was to obtain the latest information. Don’t worry, a New Times app is in the works too. Here are the top news apps for 2014: 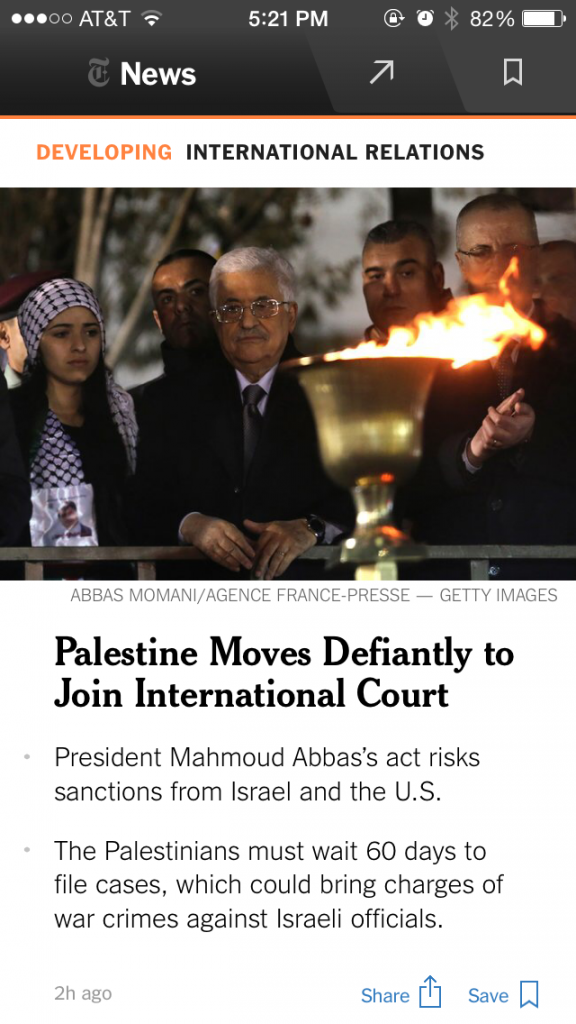 The NYT Now app from the New York Times lets users enjoy all the most important news from the Times in a compact and easily accessible fashion. In a news brief style, the app gives a rundown of news that is happening globally, without an option to categorize what news the user is looking at. This is the only downside to this otherwise simple and useful app. Users who don’t pay a monthly fee for the service get 10 articles to view per month, for free. For full access without restrictions, a $7.99 monthly fee is required.

There is also a category titled “our picks,” which tally the Times‘ staff favorite articles from other news sources. There is no restriction when viewing these articles. 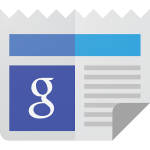 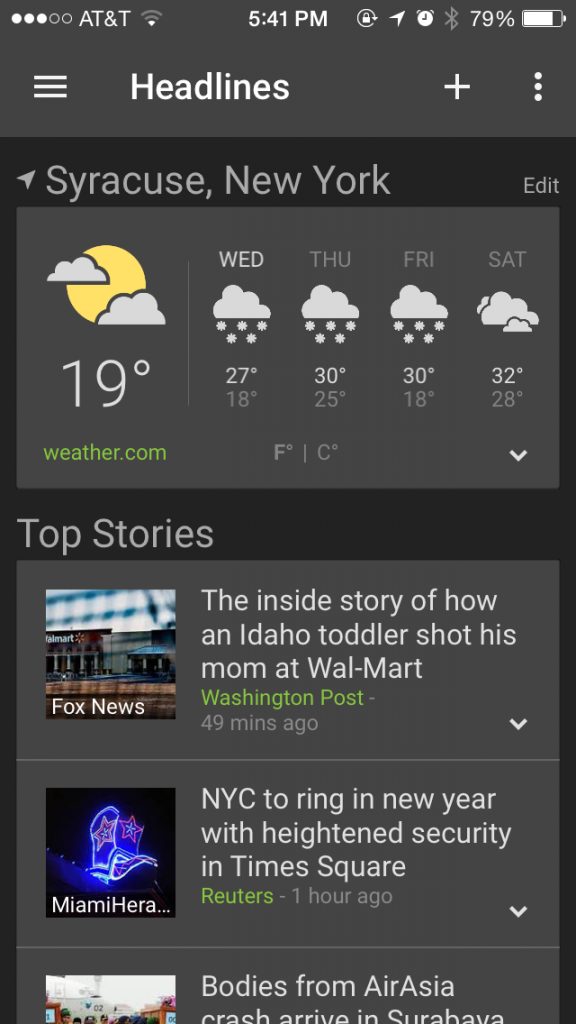 Screenshot of the Google News app depicting the local weather and top stories around the world.
Screenshot by David Armelino | Syracuse New Times

Unlike NYT Now, Google News is specifically focused on news from different news sources. There is no fee associated with this app. The app uses the user’s location to track the weather around their region, which is featured prominently at the top of the screen. In addition to this, stories from around the locale are are gathered in a category after the top stories.

Other news is broken down into categories which the user customizes after signing in with a Google plus account. If a user does not sign in, the customization aspect is not available, however the app contains default categories to choose from.

Upon clicking the “down” arrow in the bottom right hand corner of each story, a small brief becomes viewable, along with similar stories on the same topic from other news sites. 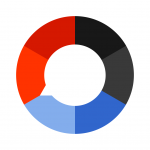 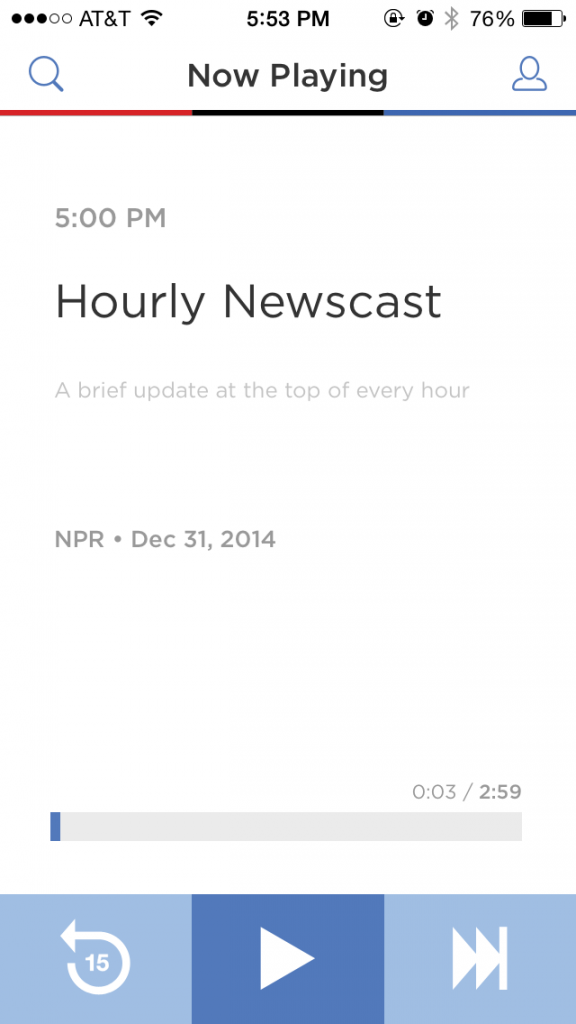 Screenshot of NPR One during a program.
Screenshot by David Armelino | Syracuse New Times

NPR One is a radio streaming app from National Public Radio. Unlike the first two apps, NPR One features only audio news from the NPR affiliate in the user’s area. There is, however, the option to search for a particular program to listen to, or change stations based on location.

By swiping left during the current program, the user can view their history of what they’ve listened to, and by swiping right, a schedule appears of what is to come. Another useful feature is the ability to pause and skip broadcasts the user may not want to listen to.

Gaming on mobile devices has become more involved as time has gone on. Phones have become capable to handle games that require more processing power, allowing for game libraries to expand further than ever before. Here are the top gaming apps for 2014: 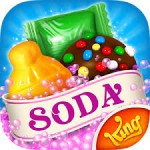 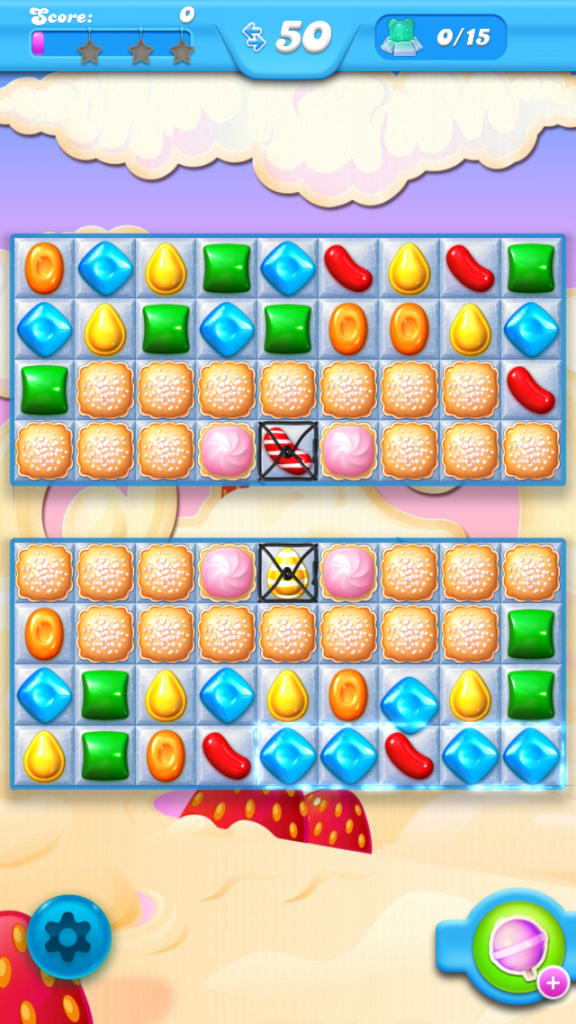 King, the makers of Candy Crush Saga, came out with an equally addicting game in 2014 to match the success of their first. Soda Crush Saga is everything Candy Crush was and a little more.

In this challenging puzzle style game, players perform objectives to complete levels, such as finding a certain amount of gummy bears, or having to guide a bear to the top of the screen using soda to float it up.

This game, like the first, will drive you crazy, but it’s a solid alternative if you’re stuck on a level of the original Candy Crush, which most people who play the game are. It’s also a great time waster while waiting at places like the DMV. 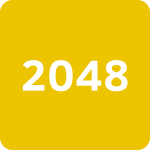 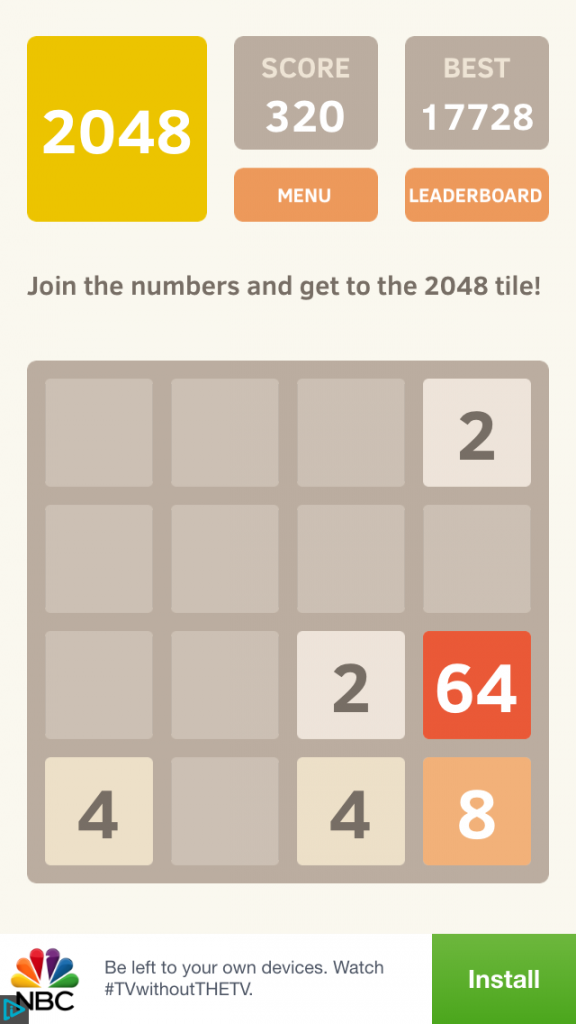 Another solid time wasting game, 2048 will also infuriate you if one false move is made, especially toward the later stages of the game. The object of the game is to have one square add up to 2048 by combining other squares with the same number. For example, a 16 square would be combined with another 16 square to make a 32 square. The cycle goes on like this until there are no more combinations to make. Once the user has a square containing 2048, the game continues on even after the objective is met. 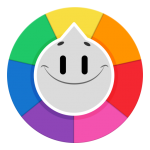 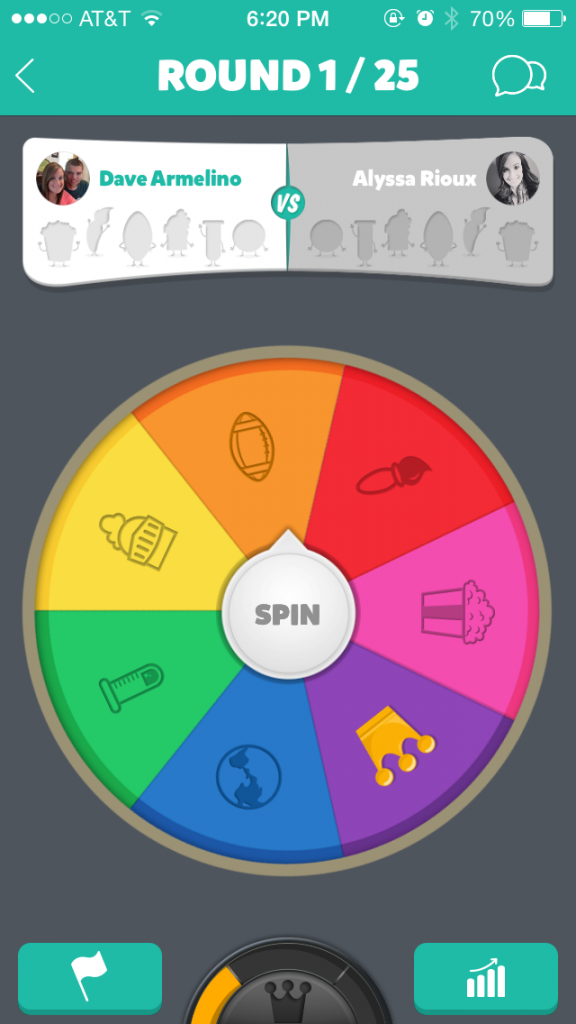 Trivia crack is a relatively new game, releasing in the last couple months of 2014. Users play against their friends by signing in through Facebook or by making a new profile for the game.

The object is to gather six different characters for all six categories. These characters are obtained by answering questions correctly. Three correct answers are necessary to be able to answer a crown question. Users then have the option to choose whatever category they want to obtain the character for that category. Categories include sports, art, history, entertainment, science and world. Crown questions can also be obtained by landing on the crown image when the user spins the wheel.

On behalf of everyone in the app community, here’s to 2014 and here’s to 2015 which will undoubtedly bring us more time wasting, helpful, fun and faster apps than ever before.

Solstice Power: The Next Generation of Energy
Hack Upstate: Recreating a Better Internet
To Top