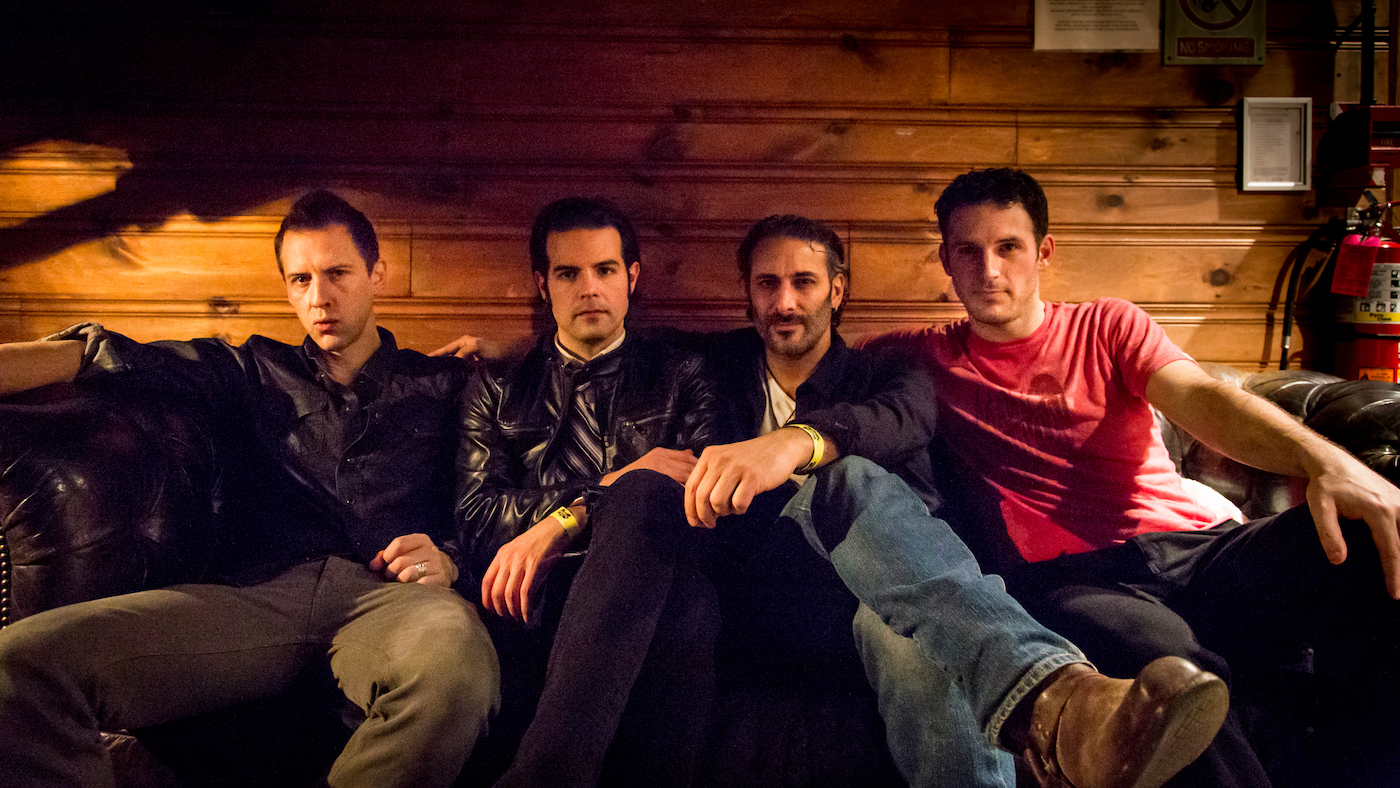 Although Band of Heroes is based out of New York City, several members have ties to Syracuse. On Thursday, May 19, the group will play Funk ‘N Waffles Downtown, 307 S. Clinton St.

Binasco recognizes similarities as well as differences between the groups. “When you have two guys from one band in another, there will always be some that’s the same,” he explains. “But we’re more of a rock/pop focus now, with less jamming. If you come to the show, you’ll see a lot of interlude material and we’ll jam on some, but it’s not the focus on recordings. We do like to experiment live, though. It’s more interesting for the audience and us.”

Band of Heroes also features J Gulinello on vocals, guitar and piano. A special guest at the Syracuse gig will be bassist Steve Winston, an alum of Doctor Pocket.

The musicmakers first met in college at SUNY Potsdam and moved to Syracuse with Doctor Pocket after graduation. After about five years, Binasco and Belardinelli relocated to New York City, where they have stayed for about 10 years. After five years and a pair of failed rock outfits, Band of Heroes took shape.

“Two other bands just disintegrated,” Binasco says. “I met J where I work and decided it was time to get another band going. He seemed to fit with what we wanted to go for and we set up a rehearsal. It went really well. It took us a while to hone in on the sound, but having spent all that time really helped us. We didn’t force things to happen.”

The sound is described by Binasco and Gulinello as a mix between their greatest influences: 1990s pop/rock with a touch of Guns N Roses, Led Zeppelin and Stone Temple Pilots. “It’s modern rock with a lot of classic rock-influenced writing,” Gulinello says.

There’s also a strong resemblance to Dave Grohl’s power project Them Crooked Vultures. The music is raw and strong, but not lacking in pop hooks.

“We work to make every show special,” Binasco says. “We try to make songs unique to the show we’re playing. And there’s lots of energy. It’s not like putting on a record and letting it play. When people come out to see a band, we try to put on a performance and leave an impression.”

Binasco is also excited to revisit Central New York. “The thing about Syracuse is that there’s a lot of musicians up there,” he says. “You don’t realize how into music people are up there until you leave. It’s nice. I think people will appreciate what we do.”

Beyond that, Binasco’s troupe is also excited about another slice of Syracuse: “There’s always Dinosaur Bar-B-Que.”

“Success depends on how you define it. For me, it’s having something and being happy with the project. It’s easy to get stuck in a band you don’t like. You need a lot of perseverance and need to do it for the love of the music, not the money. And honestly, if you’re a true musician, you don’t have an option. You do it because you have to do it. If you did something else, you wouldn’t be you.”

“Don’t give up on yourself. You never know what’s coming. You’ve got to keep at it.”