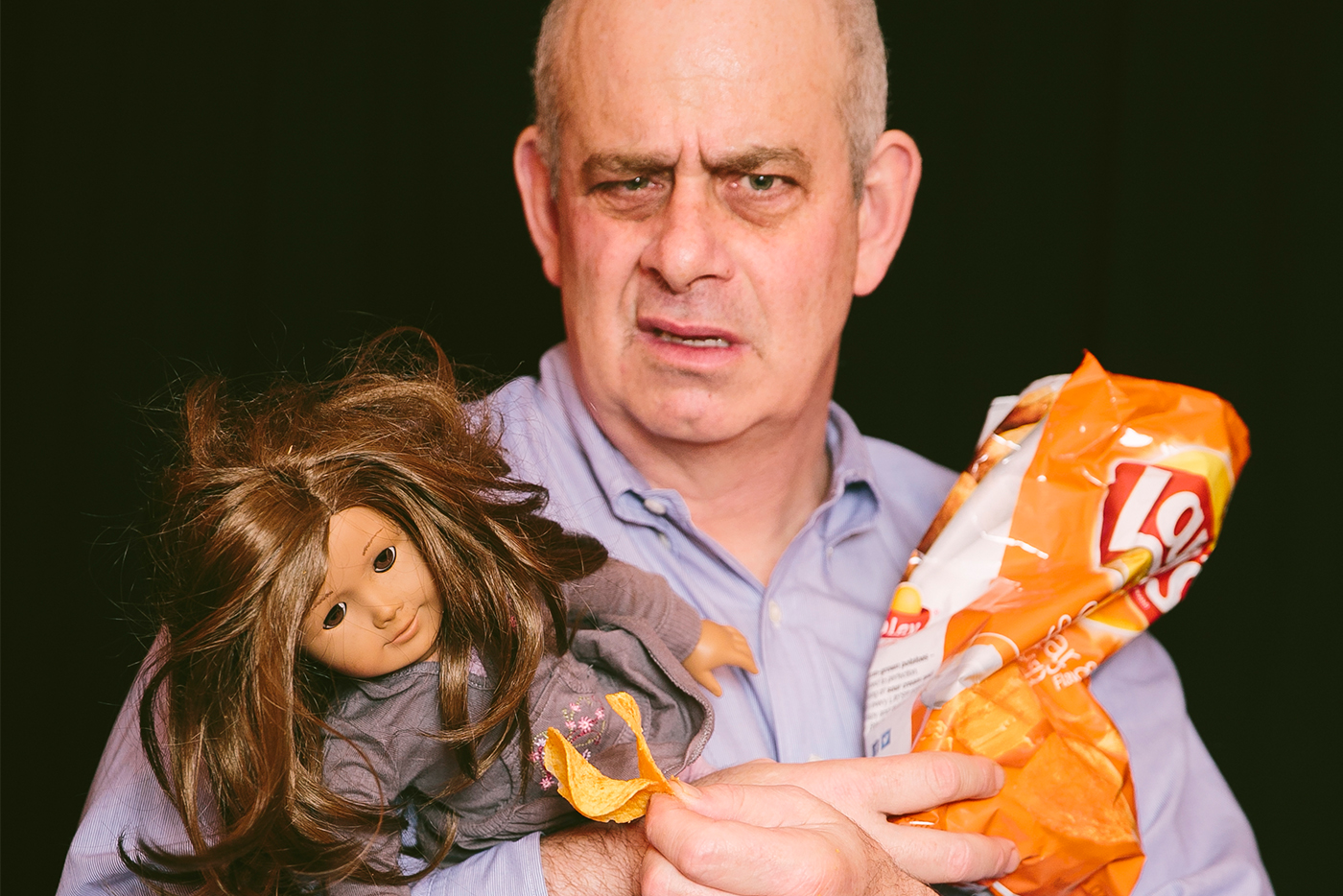 In raising a fake baby, Jeff proves he will do anything for a column.

In our household, March came in like a lion and went out with a brand new baby girl. Not a real baby, mind you, but a facsimile, courtesy of the Baby Think It Over teen pregnancy avoidance program at Jamesville-DeWitt Middle School.

My eighth-grader, Lily, brought home the interactive plastic infant to tend to overnight, proving again that there’s almost nothing she won’t do for extra credit. As Lily does with all of of her scholastic endeavors, she took premature motherhood seriously, dutifully “feeding,” “changing,” “burping” and/or “cuddling” the $350 doll whenever it cried by inserting plastic keycards into the doll’s built-in card reader. Also, there was something about providing adequate head support, which I guess is the latest trend in infant care.

Multiple crying episodes, including four or five in the middle of the night, left Lily exhausted and grumpy the next morning, which wasn’t so different from any other school morning but at least this time there was someone to blame.

The next step, obviously, was for me to participate in the fake baby program, despite my relatively low chances of getting pregnant. Mr. Eldridge, the principal at J-D Middle School, wisely elected not to respond to my handwritten request to borrow a district-sanctioned baby simulator.

But I made do. I created a fake baby of my own — “Baby Anything for a Column” — by using an American Girl doll that had been abandoned in the basement years ago by my daughters. Because that doll isn’t programmed to do anything except stare into space in a vacant-yet-judgmental way, I enlisted other family members to program my phone with random alarms. The alarms cued me to respond to the doll’s “needs,” which I did by undoing a Velcro fastener on her adorable outfit and inserting my Marriott Rewards card.

The first alarm went off during rehearsal of my upcoming new play, The Golden Bitch, a comedy set partly at a dog rescue. I know what you’re thinking: Nice try, Jeff. Do you seriously believe we don’t realize that this is just a convenient excuse to mention your new play, which opens April 21 at the Catherine Cummings Theatre in Cazenovia? I suppose next you’ll mention that tickets are available through cnytix.com or by phoning (315) 655 STAR.

Oh, come on, people. You know me better than that. I took the baby to rehearsal because it was my responsibility — a responsibility I took seriously, just like Lily did, as the following exchange shows:

There were a few digs — all from women, of course — that Baby Anything For A Column’s hair desperately needed brushing. I wrote it off to pure jealousy. Most babies, of course, are bald and grotesque, but my baby was sporting a full head of hair and had emerged from my theoretical man womb looking like a fully formed 8- to 11-year-old. You can’t fake good genes.

But no baby is easy. This one woke me up three times during the night. The next day I took her to the Blue Tusk downtown and propped her on the bar as I washed down my ritual Friday Bonzai Beef panini with a magnificent IPA. One of the best ways to cope with the stress of caring for an infant is to drink, experts agree.

Still, you can never truly escape the burdens of parenthood. Suddenly my phone alarm sounded and I realized I’d left my Marriott Rewards card at home. I felt like the worst dad on the planet, even worse than Charlie Sheen. Fortunately I was talked down by the helpful Blue Tusk panini coordinator, Leann, who calmly advised me to try my Excellus Blue Cross card instead. It worked.

I began to see how easy it is to make yourself crazy when caring for an infant by holding yourself to a standard of perfection that can never be met. So I started to relax. For example, once I’d gotten halfway home and realized I’d left the baby on the bar, I calmly phoned Blue Tusk, explained the situation and let them know I was coming back to get it. I was informed that my baby was safe and that Child Protective Services had been called. It takes a village — a village like Cazenovia that’s filled with smart, caring, nurturing people and a beautiful old theater at 16 Lincklaen St.

Because taking care of an infant is a Golden Bitch.