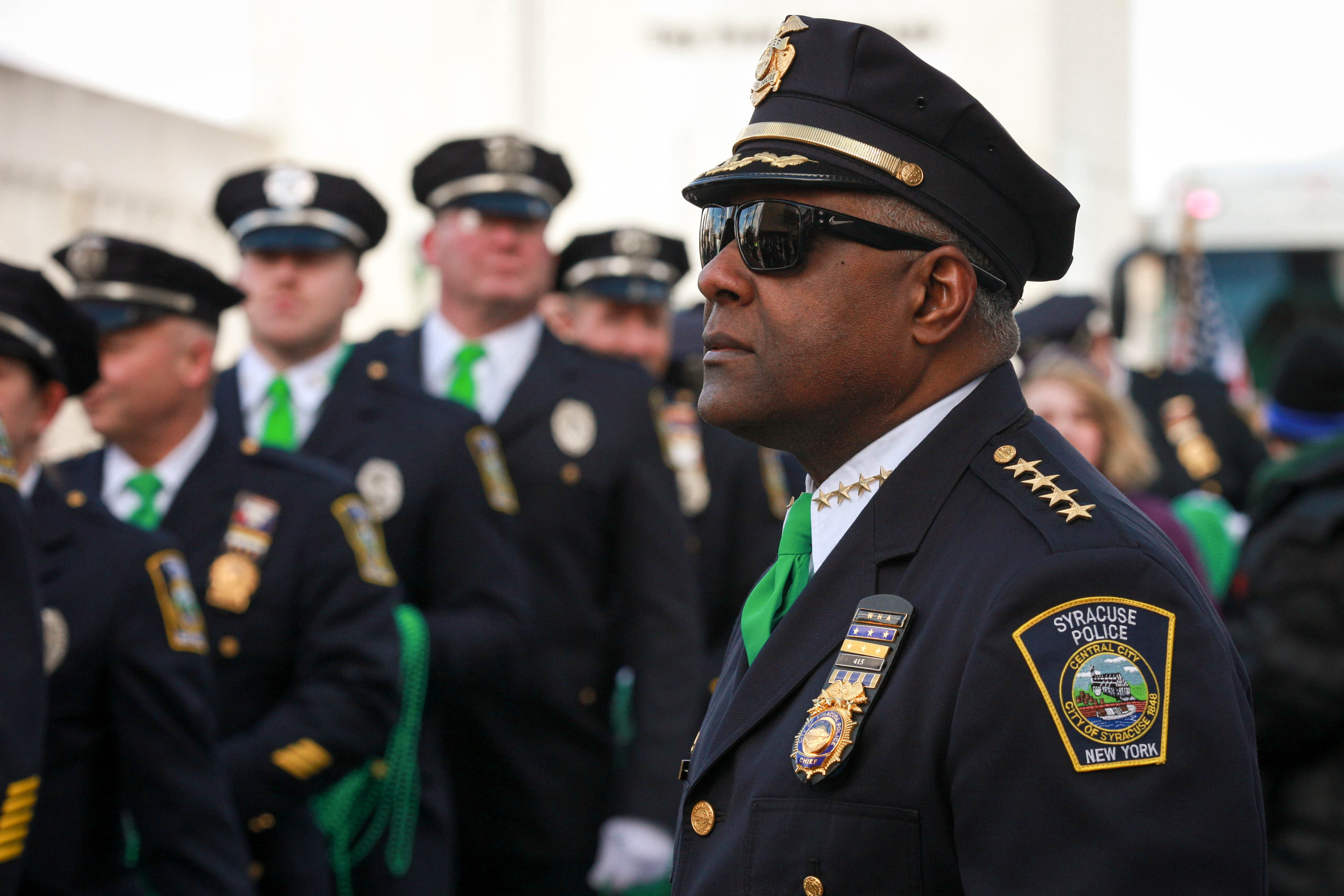 Frank Fowler has served as police chief for the city of Syracuse since 2010. In this Q&A, he discusses school safety and what March for Our Lives could be.

Frank Fowler has served as police chief for the city of Syracuse since 2010. He has announced his retirement at the end of this year to pursue a five-year second career, hopefully in the field of social action. Mayor Ben Walsh’s administration has proposed a nationwide search for his replacement. Fowler has declared his support for current Deputy Chief Joe Cecile.

How safe are our schools?

I think our schools are safe. In my line of business, it’s the unforeseen that causes the challenges. It’s really difficult for law enforcement to figure out that someone someplace within our society is sitting and contemplating carrying out a heinous act that’s going to put a wide number of people in harm’s way. That’s the challenge that we face. Certainly, with technology and data, we can track things and follow things and prevent things. There are some things that we cannot prevent. When we talk about the safety of our schools, the things that we can anticipate that may happen through our examination of our current cultures, we’ve made those safety precautions to prevent those things from happening in our schools.

What is the major factor in school safety?

The major factor is adequate staffing. I think the school district has gone a long way to adequately staff their buildings. We had challenges in the past and they moved to expand the security level, adding another level of security. They utilized the metal detectors in a very appropriate way, to conduct weapons searches, to utilize technology to monitor their buildings.

Should we be arming our teachers?

I don’t know if that’s something we should do. There’s a lot that goes into it before you entrust someone to carry a weapon, with the understanding that they may have to engage someone with that weapon during an abnormal course of their duties. That person first has to be properly trained, and through that training you have to try to anticipate all of the dynamics that person is going to face. Then that person has to be assessed during the course of that training to see if they have what it takes to do what they need to do with that weapon safely. That they’re not going to panic. Just because you have a weapon and just because you’re an expert shot at the (target) range, when the bullets start flying and there’s a human being with a weapon that’s your target, it’s a whole ’nother ball game. Your body starts to go through all these chemical changes that you’ve never ever experienced before and you have to be able to override that, and not put those young people in harm’s way. So that’s why I say I don’t know. I don’t know if we have the time to spend, the resources to spend. I don’t know if those teachers have the capability of learning.

What is the best use of the March 24 event?

Speaking as a citizen, I think the best use is to identify with that collective voice. You’re going to have various people, various groups coming out and if you’re in a leadership position, a policy-making position and through your listening try to understand what the collective voice is saying, then you do whatever is within your power to address it. In schools there are various things our young folks learn about, but I think one of the most crucial things they learn about is the United States Constitution, and your right to express yourself in ways you see fit. This is a healthy way for our young folks to express themselves. We’re constantly criticizing our young folks for sitting on a couch with those remote controls in their hands, and their phones, and sending out those text messages. This is going to get them out and engaged, and they’ll see the result of their activities and that may compel them to do other stuff. And then there’s this thing called history. These young folks are about to make history.

Is the March for Our Lives action, as one parent called it, a modern civil rights movement?

It’s too early to tell. But everything has a starting point. The journey of a thousand miles begins with that one step. And this could very well be that first step of a modern-day civil rights movement.

What are the factors contributing to so many school shootings?

I think there are multiple factors. Certainly if you examine them you will find some commonalities. But it’s hard to tell. If we could figure this thing out, then we could probably take the steps toward stopping it. It’s hard to tell what the motivating factors are. I said this before and here it comes again: When something happens that we categorize as an illogical act, what we do as normal human beings is to engage in a normal thought process to try to arrive at a conclusion as to why it happened. You can’t do it with an abnormal act. It’s the same thing with these school shootings. You start to ask yourself why, and you’ll probably never know why. You can identify factors that lead up to the incident happening, but the why you won’t get to because it’s an abnormal and illogical act.

Editor’s Note: An earlier version of this article incorrectly stated Syracuse Police Chief Frank Fowler was supporting current Deputy Chief John Falge to replace him when he retires at the end of the year. Fowler is supporting current Deputy Chief Joe Cecile to become the new chief. The Syracuse New Times regrets the error and it has since been corrected.