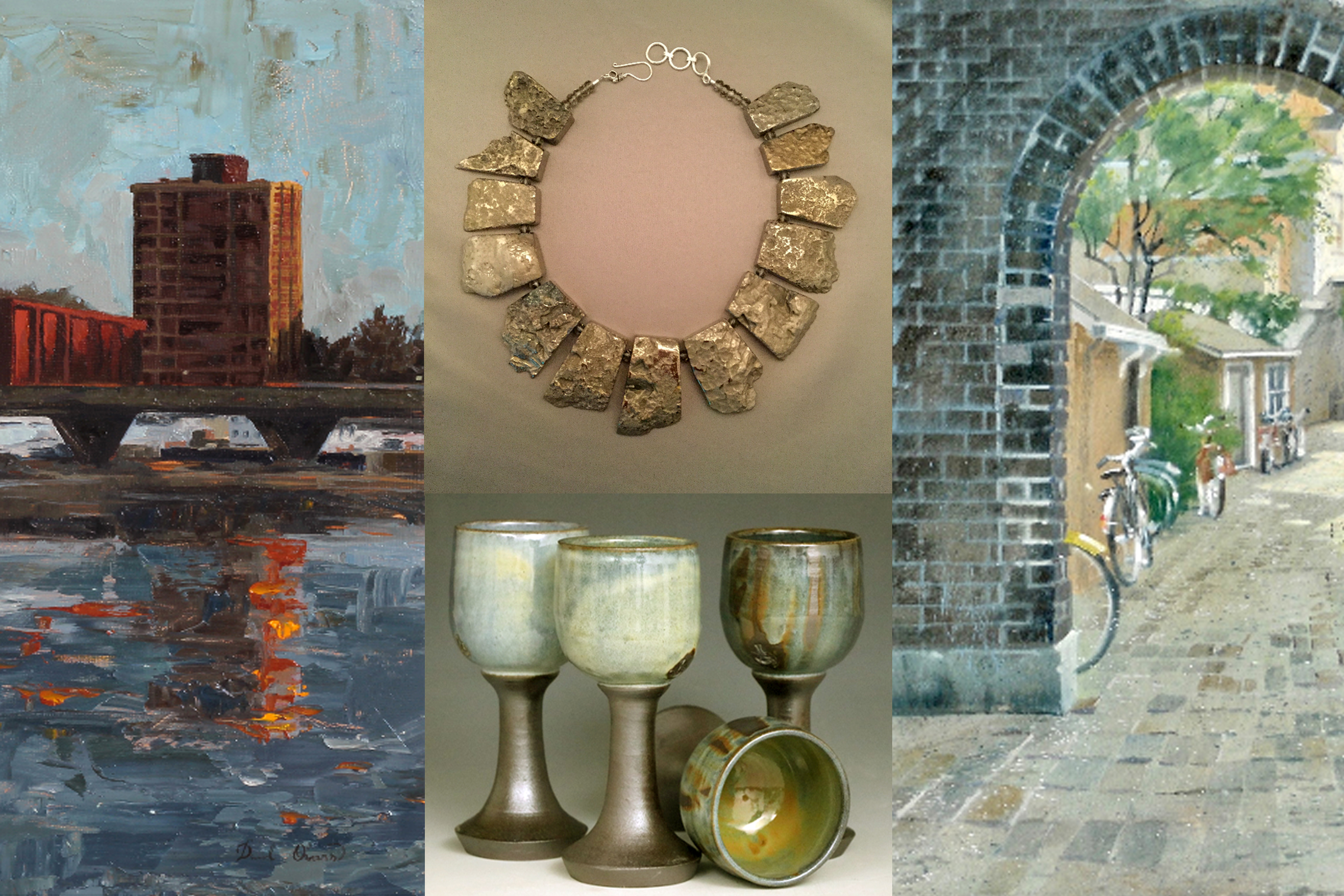 Edgewood Gallery’s new exhibit has a lot on its plate. A Visual Diary presents artists’ interpretations of scenes in upstate New York and Holland, encompasses media ranging from paintings to ceramics and jewelry, and touches on a teacher-student relationship. Years ago, Chris Baker taught art to David Owens. Now, the two of them are involved in a group show.

Owens’ oil paintings depict both pastoral scenes, as seen in “Harvest Time,” and moments on a highway. In one work, he’s portraying trees, bushes and sky, done in purple and orange colors. In “September Light,” he’s working with cars, telephone wires and rugged concrete.

His best works have an impressionist flavor. “Evening After the Rain” conveys darkness, but the real action comes in the bottom half of the painting where cars, road and headlights all melt together in a series of long stripes. In “Winter Reflections,” he depicts gray sky, buildings in orange and red, and ice decorated by flecks of orange and red color.

“August Sky” pushes aside any notion of nice fluffy clouds. Here, the clouds are represented by small, dot-like forms which contrast with a scene on the ground that’s thick, seemingly unknowable. Viewers will assume that there are trees or vegetation there but can’t be sure.

Baker works in gouache on illustration board, in a style that’s almost photorealistic. He has a knack for detail and an ability to choose visual strategies that energize his works. Thus, a painting of a scene near Zaanse Schaus, Holland, features sailboats but also focuses on vegetation on the water. “Lift Bridge” combines the bridge depicted in fine detail, cars and buildings in the background, and shadows on the water.

“Dutch Cafe” leads the viewer past bicycles, bushes and buildings to a site where people enjoy a meal at outdoor tables. The diners are seen on the painting’s periphery, not at its center. Yet another painting depicts a blacksmith’s shop, showing pieces of wood, extension cords on the floor, a cluster of tools, and other items. On its face, the shop doesn’t seem visually intriguing, but Baker is able to transform the scene.

Artist Don Seymour has a variety of ceramic pieces on display: vases, cups, bowls and other works. They both document his general skills and the attention he pays to details such as the cups’ handles. Beyond that, there are pieces, like the bowls created in earth colors, that are visually delightful.

Seymour, it should be noted, is involved with ceramics on several levels. He runs Clayscapes, a Syracuse venue, which has multiple operations: It hosts ceramic exhibits, instructs adult students about the process of making ceramics, and sells ceramic supplies used by high school and college classes.

Finally, the show presents handcrafted, silver and gemstone jewelry made by Judy McCumber. These works include necklaces, earrings, and bracelets, among others.

The exhibition has several positive aspects. It contrasts the paintings created by Baker and Owens, displays an assortment of artworks large enough to get a sense of each artist’s work, and continues Edgewood’s tradition of concentrating on artists from Central New York. 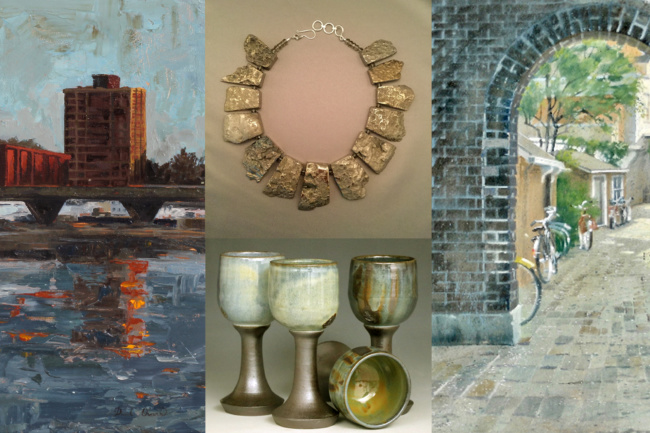