Sometimes social media can surprise you.

By now all of your Facebook friends and enemies have posted a video of themselves dumping an ice bucket on their heads. There are videos of Steven Spielberg, Bill Gates, Katy Perry, Charlie Sheen, Emily Blunt, Weird Al, Derek Jeter, and, well, pretty much everyone online doing it also.

What is it all about? 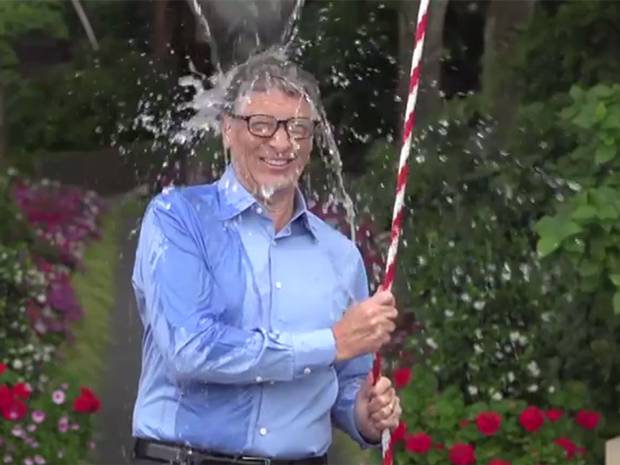 ALS (amyotrophic lateral sclerosis) is a neurodegenerative disease more widely known as the namesake of the late Yankee, Lou Gehrig. Like any widespread illness, ALS’s nationwide non-profit association has been fundraising to find a cure. But unlike any other association, they had a special guy named Corey Griffin on their team.

Griffin, 27 and a graduate of Boston College, hosted fundraisers for many charitable causes in his short career and was a good friend of Pete Frates, ex-Boston Red “Sock” and former captain of the Boston College baseball team. Frates was diagnosed with ALS in 2012. 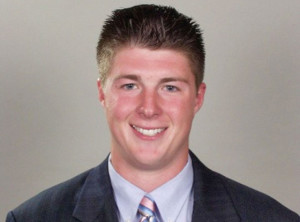 Last month, Griffin, a creative philanthropist, came up with the “ice bucket challenge” idea as a way to fight ALS online and kick started it with his friend Frates.

On August 18th, Facebook told TIME magazine it had 2.4 million unique ice bucket videos, a number that had doubled from just five days before.

Challenged participants are prompted to “dump or donate” within 24 hours, the penalty being they have to give $100 to ALS. Most choose both. Over $22 million has been raised since July 27th, including sizable donations from celebrities. Last year, ALS raised $1 million in the same time period.

On August 16th, Corey Griffin drowned in a diving accident in Nantucket, just after raising $100,000 for ALS at a local fundraiser.

A memorial tribute was held soon after in Quincy, Massachusetts with over “one thousand bags of ice and God knows how many buckets.”

Commenting on the profound success of the campaign, Barbara Newhouse, President and CEO of The ALS Association remarked, “We have never seen anything like this in the history of the disease. […] While the monetary donations are absolutely incredible, the visibility that this disease is getting as a result of the challenge is truly invaluable.”

Locally, celebrities such as our own Jeff Kramer completed the ice bucket challenge in none other than the infamous Onondaga Lake.

“Anything for comedy,” remarked the humor columnist with his signature wry smile.

Other Syracuse celebs such as Carmelo Anthony, the Syracuse Crunch, Niko Tamurian, and Doug Marrone have all doused themselves with ice water.

Several local businesses have joined in the fun as well.

Terakeet, an Internet Marketing firm led by cofounder and CEO Mac Cummings of Tully, NY donated $10 per employee who participated and created a circle in front of the Most Museum Friday, August 15th. (Watch the video here.) 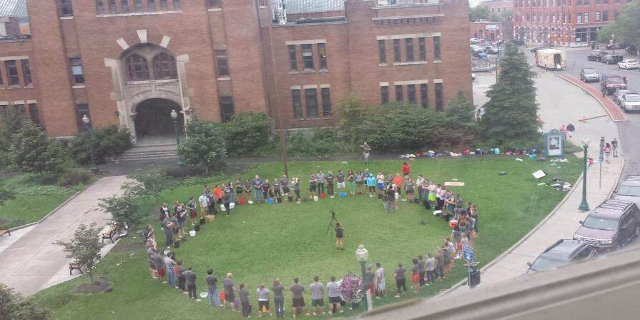 Terakeet completes the #icebucketchallenge on the lawn of the MOST Museum.
Photo:Terakeet.com

Cummings challenged O’Brien & Gere, Eric Mower and Associates, and Banker’s Healthcare Group, all responding with elaborate videos and donations of their own.

The momentum has not slowed down and donations and ice water are still rolling in. All of this “social media for good” is giving people hope and is a breath of fresh, ice-cold air online. Who knows all the good it will do to help cure this debilitating illness.

And if you are staying pretty dry these days, we hope it’s only because you have already donated.

Joe Cunningham is a Marketing Consultant and Writer for Kinani Blue and SEO Brand Strategist at Terakeet. You can follow him on Twitter or email him at [email protected].

Tech Round Up
Tech Roundup
To Top