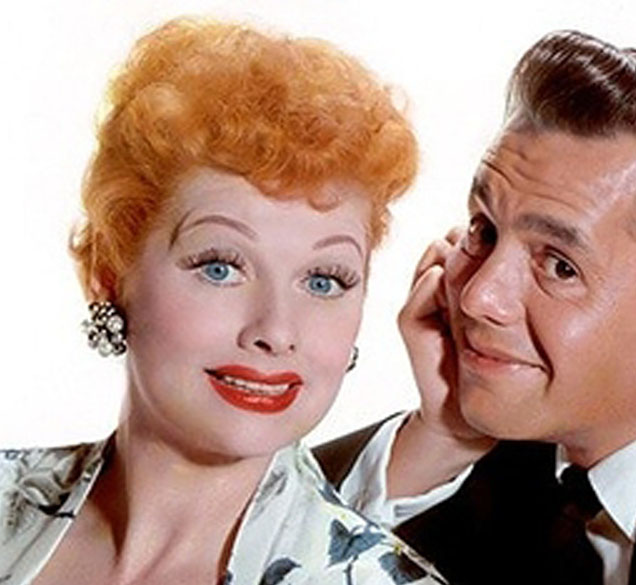 I Love Lucy Gets Color

The 1950s series is “I Love Lucy.” The 1980s part comes in what CBS is bringing us in December (that’s the 2013 part of this Rubik’s Cube). CBS recently gave the Twitter world – and fans of the original “Lucy” – the vapors when it said it will air “The I Love Lucy Christmas Special” on Dec. 20. That hour-long special consists of two colorized episodes of the black-and-white series.

Didn’t we go down this road before? Yes, in the 1980s. But it was with beloved black-and-white classic movies being colorized and shown on Turner Network Television. Media mogul Ted Turner, the founder of TNT and lots of other cable networks, poured some of his fortune into having classic black-and-white films, including “Yankee Doodle Dandy,” computer-colorized and aired on TNT, which had its hands on the film libraries of MGM, RKO and Warner Bros.

Oh, the outrage from film buffs and critics! But it only made Turner dig in his heels. He said younger audiences won’t watch black-and-white movies and, thus, advertising revenue was lower. Turner being Turner, he said that loudly and with a bunch of curse words TV critics – I was one of them who felt the wrath – couldn’t print.

But costs to colorize films rose, and Turner turned off the tap in the 1990s.

And here we are with CBS and “Lucy,” which – this is karma – had a long life partly thanks to Turner, which grew his TNT channel on recycled TV series from the 1950s and 1960s.

Turner doesn’t have his hands on the “Lucy” debacle. That’s all CBS. The packaged episodes include a Christmas-themed episode clip show that’s rarely been aired, along with the infamous “Lucy’s Italian Movie” episode (that’s the one where Lucy’s seen stomping grapes into wine; I won’t ruin it for you if you haven’t seen it a bazillion times already, like the rest of America).

The “Christmas Episode” has aired twice on CBS (and you can find it on the Internet). Up into the 1980s, it was considered a lost relic, tucked somewhere in the vaults of CBS, which aired the original “I Love Lucy.” Apparently, that episode wasn’t part of the syndication package. CBS found it in 1989 and aired it (29 million people watched), then colorized it for a December special in 1990, which attracted more than 18 million viewers. The episode is built around flashbacks – clips from other episodes, a gimmick almost every comedy today copies. CBS didn’t colorize the flashbacks.

But the rest of the episode is colorized. And now, the classic grape-stomping one, but, claims CBS, with a light touch or “colorized with a vintage look” – sort of like you do when you mess around with photos on Instagram.

Ken Ross, a veep at CBS, went all Ted Turner Light when he told the Los Angeles Times, ” ‘I Love Lucy’ has perhaps the broadest demographic appeal of any series in the history of television. Once new generations of kids — who might not be open to trying black and white — watch it, they’ll love the series. With this special broadcast, we want to give families something to enjoy together during the holiday. We think the respectful manner in which the colorization was done will bring joy to kids of all ages.”

Ewwww. We’ll see. Or we’ll choose not to.

Back last century, I was one of those folks who didn’t take too kindly to Turner or anyone else messing with our classic black-and-white films. I was outraged. It was appalling to watch one of my favorite films, “It’s a Wonderful Life,” vandalized with color, but I did watch it that way. Once.

I say, leave classic TV alone. What’s next? Colorized episodes of “The Twilight Zone”? I’m not so sure I’ll be checking out the Crayola’d “Lucy’s Italian Movie.”

My whine is vintage.