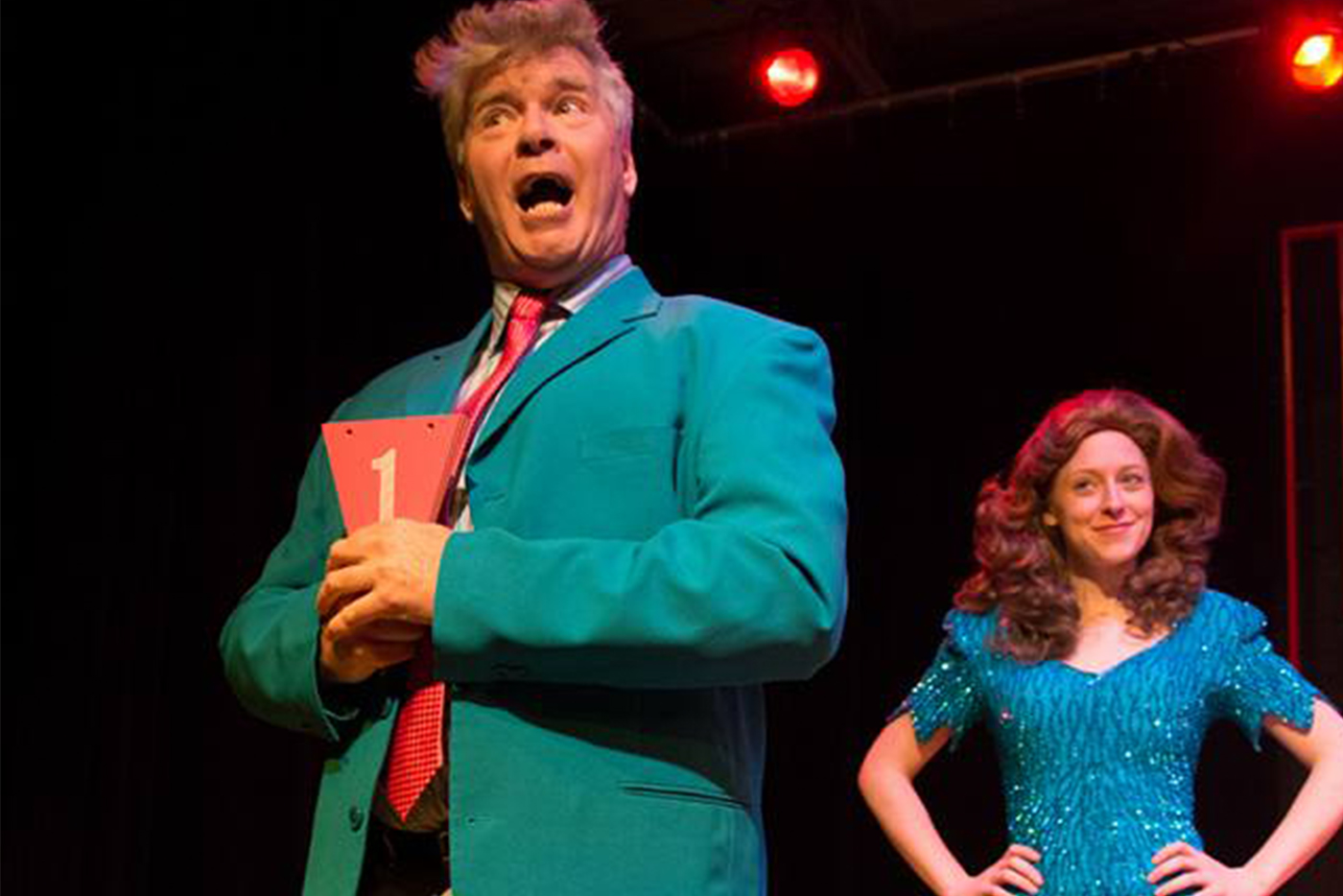 Unlike those 1960s sex comedies that starred Doris Day as a virgin on the verge, Rudnick’s work presents a boy-meets-boy romcom with a noteworthy twist. Wannabe actor and part-time catering waiter Jeffrey (Ryan Diana) is also a promiscuous love muffin who grows more wary of the AIDS dilemma. The play’s opening line (“It broke!”) as Jeffrey and a one-night stand thrash under the sheets strikes a fearful note, as our leading man contemplates his options.

So Jeffrey impulsively takes a vow of celibacy, which becomes immediately tested when he meets a hunka-hunka eye candy named Steve (Derek Potocki). Complicating matters is that Steve admits from the outset that he has been diagnosed HIV-positive. It’s a burst of honesty to let his potential partner know what he might be getting into, but instead the emotionally confused Jeffrey retreats to his no-sex mantra. Jeffrey’s plot could well have influenced Amy Schumer’s 2015 movie Trainwreck, which also focused on the actions of a sleep-around character.

Getting sandwiched between the Jeffrey-Steve relationship is a slew of send-ups, as Rudnick spoofs game shows (It’s Just Sex, with Jimmy Curtin as pompadoured host Skip Winkly), a Best Little Whorehouse-styled dance hoedown, TV cop dramas and then-current Broadway hits such as Cats, which only demonstrates that the statute of limitations still hasn’t expired regarding gags about Andrew Lloyd Webber. Rudnick doesn’t shy from occasional moments of sexual frankness, either, although he does pull humor from unlikely places. During a group-grope session at a rough-trade bar, Jeffrey deadpans, “Why do I feel like I’m on a subway?”

Director Tursi first guided a production of Jeffrey for a series of sellout runs in summer 2000, so he has a knack for maintaining a kinetic pace with this show’s vaudeville-style blackout sketches. Rudnick’s play has a lot on its plate, from swishy stereotypes and show-tune references to sharp satire and sweet-natured characterizations, yet Tursi manages to keep all the disparate elements together with a stylish élan.

As Jeffrey, Ryan Diana lends a baby-faced appeal as a Big Apple innocent, a sort of Little Annie Fanny manchild, if you can imagine that. Derek Potocki portrays Steve as a longhaired dreamboat who encourages Jeffrey to follow his heart. As a gay couple who must wrestle with the AIDS issue head on, Alan Stillman and Jason Timothy contribute savvy comic timing to make the most of their character’s catty dialogue.

The other nine cast members pop up in multiple roles, with Patricia Catchouny taking on five parts (including a Gershwin-warbling Mother Teresa) as she effortlessly changes wigs and accents throughout this still outrageous entertainment.