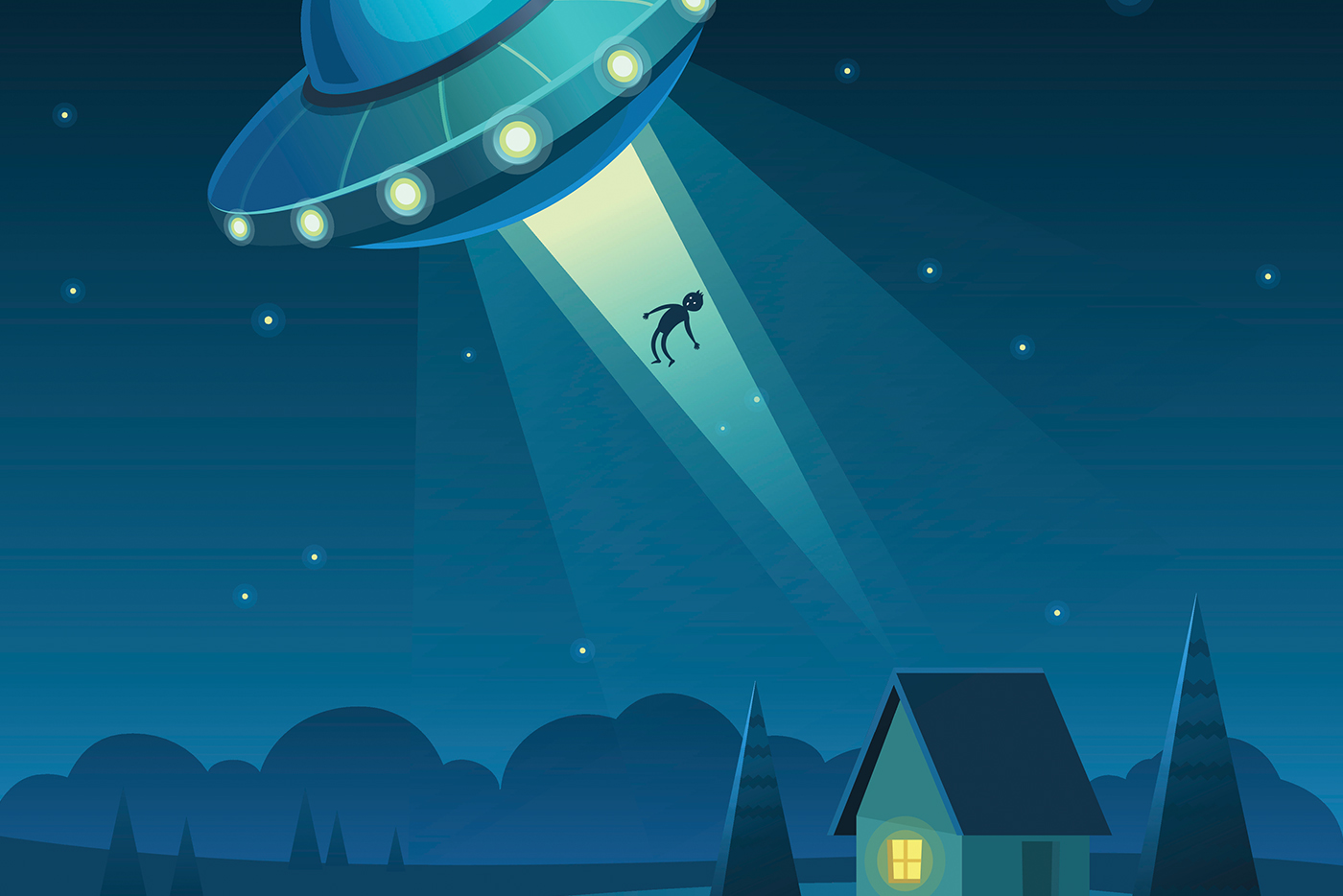 Most people think that the subject of alien abduction is a relatively modern phenomenon. The common wisdom is that alien abductions only began occurring in the late 1950s and early 1960s, yet it is a New York state resident who was credited with being the earliest known abduction on record.

It all began in the hamlet of Spring Valley in Rockland County during the summer of 1929. A 9-year-old girl was playing outside her home and suddenly she saw a flash of light in the sky. Upon a closer look, she thought what she was seeing was a big, metallic dirigible airship. As she looked even closer, port holes all around the dirigible shaped object became visible. She would later tell investigators that the dirigible seemed to glow with an unusual light.

The girl told investigators that three or four odd-shaped beings dressed in what looked like deep sea diving suits left the dirigible. The beings floated down to the ground where she was. For some reason she said she was unable to move her feet or arms. She remembered that the local animals became unusually quiet while this was happening. She told investigators that she remembers seeing the beings floating back to their craft.

She also noted that she had no idea how long the event took place. When she returned home, she was scolded by her mother for having been away from the house for so long.

It was the aftermath that investigators found intriguing, however. The girl developed a phobia about being alone. Shortly after the experience, she felt sick with a strange illness that doctors could not diagnose. Years later, she told investigators that she wondered if she’d caught some strange disease from the odd shaped beings. Through her teens and into womanhood, she had nightmares about being chased by the strange visitors.

Nov. 3, 2016: At 7:30 p.m., a resident of Athens, NY, reported observing a helicopter flying northbound. He said the helicopter was following behind a group of small red lights flying in a formation.

Nov. 4, 2016: At midnight, a resident of Long Beach, NY, observed white and blue orbs. He says that the orbs were surrounded by purple light which was associated with a purple rectangular shaped object.

Nov. 5, 2016: At 9:45 p.m., a resident of Ithaca reported seeing cluster of five or six lights fading in and out and moving slowly within proximity to each other, but also flying in formation.

Nov. 8, 2016: At 6 p.m. a New York City couple was walking around Central Park. Suddenly they observed a brilliant white light appear in the above them.