The two objects were reported to have rendezvoused and then vanished.

I’ve had many people tell me they believe that Triangle UFOs are a recent product of present day aerospace engineering.

Yet the first recorded sightings of Triangle UFOs were made in 1890 in the Dutch East Indies. A few years later there was the “great flying triangle scare in England in 1894.” Both of these events were mentioned in Charles Fort’s famous “The Book of the Damned” published in 1919.

But if we want to dig deeper there were observations made of the moon in 1882 that were reported in Scientific American Vol 46 April 1882. In this report it was noted that two huge triangular shaped objects were observed by 19th century astronomers near the moon. The two objects were reported to have rendezvoused and then vanished.

Triangular shaped UFOs have been talked about in the media a lot over the past twenty years or so. Numerous television shows have reported sighting cases from different parts of the USA, Western Europe and especially in Belgium. These craft objects are usually triangular shaped, about the size of a football field or larger, quite boxy and usually reported to be two stories thick. It’s not uncommon to have them reported with three major glowing orbs on the underside and three large bright ports on the rear wall. Yet many more light configurations have been reported in these objects. The unnerving element is that most reports say that they are usually silent, although they have been reported with a throbbing hum sound.

Closer to home here in the Great State of New York we’ve had our share of Triangle sightings over the years. I did a little study using the Mutual UFO Network or MUFON’s data base and found that since 1957 New York residents have reported about 117 sightings of flying Triangle UFOs. For the record this study reflects MUFON data only. National UFO Reporting Center or NUFORC data will be examined in some future article.

As shown in my chart, you’ll note that Triangle sightings from 1957 through 2008 were more or less minimal averaging at about two, and peaking at six. Then in 2009 we had a surge of 16 sightings. Then from 2009 through 2013 we averaged about 13 per year with and all-time yearly peak of 21 sightings around the state in 2013.

The clear trend is that triangle UFO sightings are on the rise.

It should be noted that there are some counties that have had absolutely no Triangle sightings at all, and most New York counties averaged fewer than five sightings in the years between 1957 and 2013. The heavy hitter counties were as follows; Dutchess with six, Westchester & New York counties tied at seven. Finally the county with the largest Triangle UFO sighting count is Long Island’s Suffolk County with ten. Of course my long time readers will remember that Suffolk county has the highest UFO sighting ratio per population of anywhere in the state.

Let’s look at some of the Triangle sightings from New York’s recent past.

25 March 2001: at about 11:15 p.m. an Endicott resident reported seeing an object with a triangular shape traveling at an attitude of only a few hundred feet and flying at a very slow speed.

8 October 2001: at about 5:50 a.m. a Marine Park resident reported seeing three blue lights in a triangle shape and it was flying faster than any jet she’d ever seen.

10 August 2005: at about 10:30 p.m. several Warrensburg residents observed a very large triangle shaped craft, estimated to be about 400 meters wide leisurely flying at what appeared to be about 10 mph through the local valley. The observers say that this triangle object appeared to be a deep purple color and in the window like portals they could make out humanoid forms.

20 August 2005: at about 11:45 p.m. a resident in Wilson reported watching a large triangular shaped craft sighting at very close distance exhibiting flight maneuvers in tight spaces. He states that this thing was flying at tree top height and was rising and lowering to maintain a constant height above the tree tops. When it came to clearing areas it came to within three to four feet of the ground at times. He says that it had 3 red lights-one in each corner of the triangle and a white light in the center approximately 12 inches in diameter.

Early August 2006: at about 8:00 p.m. a motorist in Monroe reported observing a triangular object with a light formation, widening and contracting for 3-4 minutes. Then the object began spectacular pulsating blue, red and green lights; the span of these lights and the object was between 1-2 miles in width.

2 January 2006: at about midnight a Mahopac resident reported a distinct triangular shape with 3 yellowish-white lights, red light in the center. He reports that it was large and flying very fast. 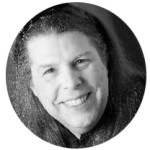 If you have a story to tell, Cheryl Costa would love to hear the when, where and what. Email it to [email protected] The names of witnesses will be omitted to protect their privacy.