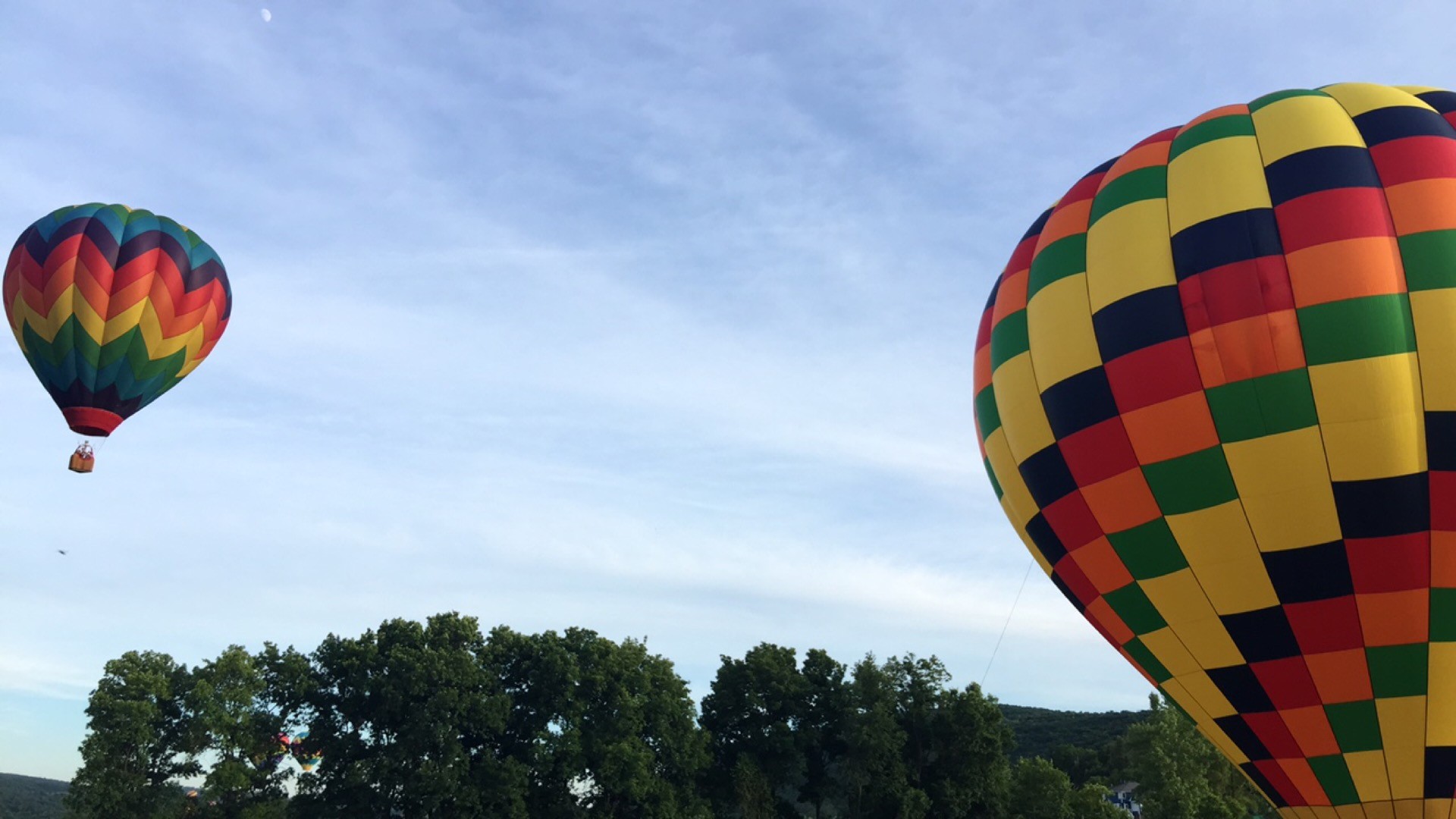 Over 20 hot air balloons took to the sky this weekend at the annual Balloonfest in Jamesville. Now in its 36th year, Balloonfest attracts thousands to Jamesville beach to gaze at these balloons, eat delicious fair style foods, play games, bop along to live entertainment, and if you’re willing, take a trip in one of the massive balloons. They begin their ascent just feet away from attendees on the lawn of the park. 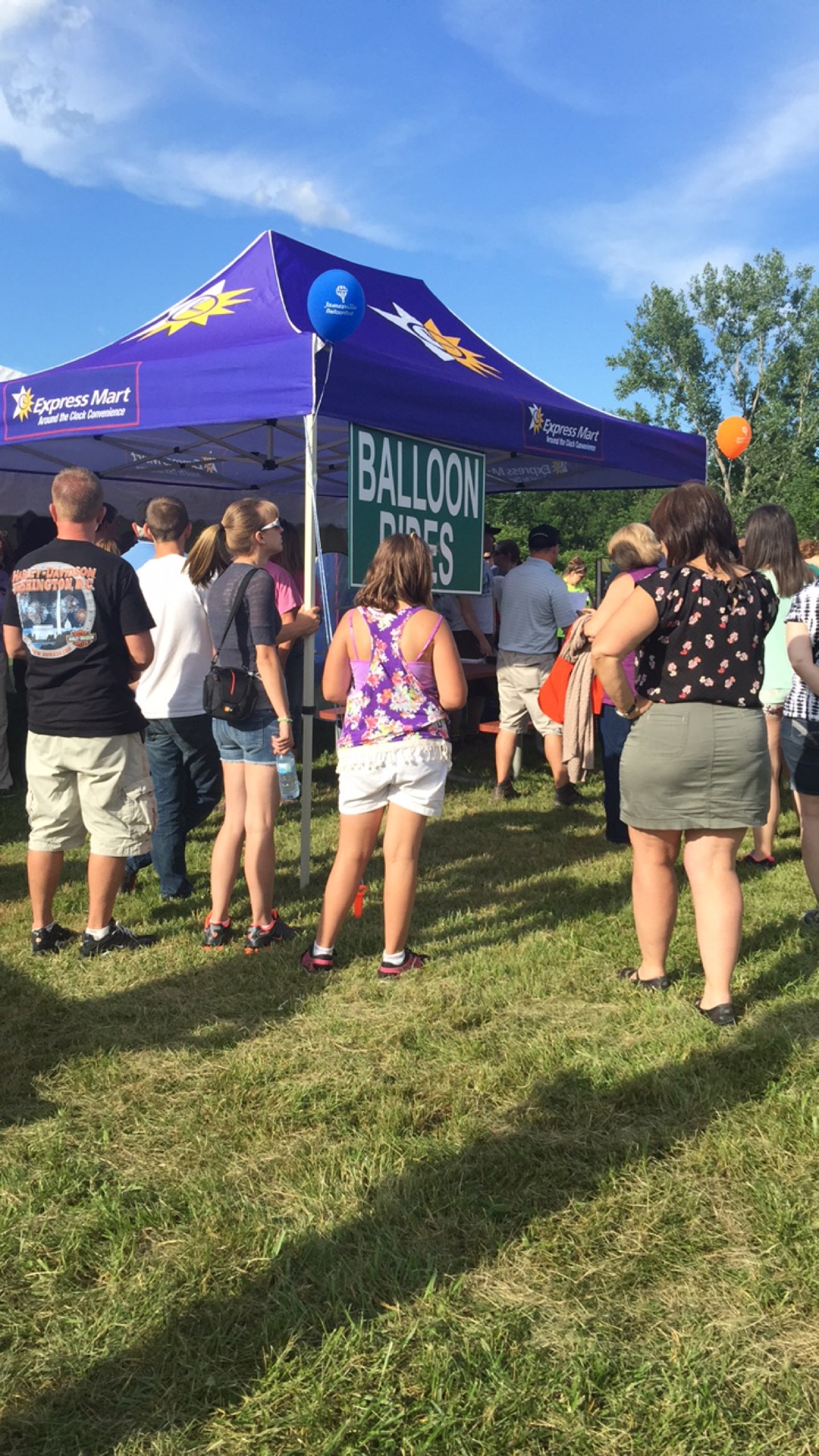 Thanks to Express Mart, admission fees were obsolete this year, though there was a $10 parking fee.

Once through the gate, one couldn’t help but stumble upon the registration tent for balloon rides. How much for the trip of a lifetime? If you’re an early bird and chose a morning flight, $175. If you’re more of a night owl, the price was set at $200. These flights were also not guaranteed.

Weather plays a significant role in whether these balloons will fly at all. Twelve-year Balloonfest veteran and this year’s Balloon Meister Tony Saxton, of Endless Mountains Hot Air Balloons in Pennsylvania, was in charge of determining if weather conditions were sufficient. If the winds or weather were not optimal, the balloons did not fly; which was the case on Saturday, when rain drove crowds and the option for flight away. 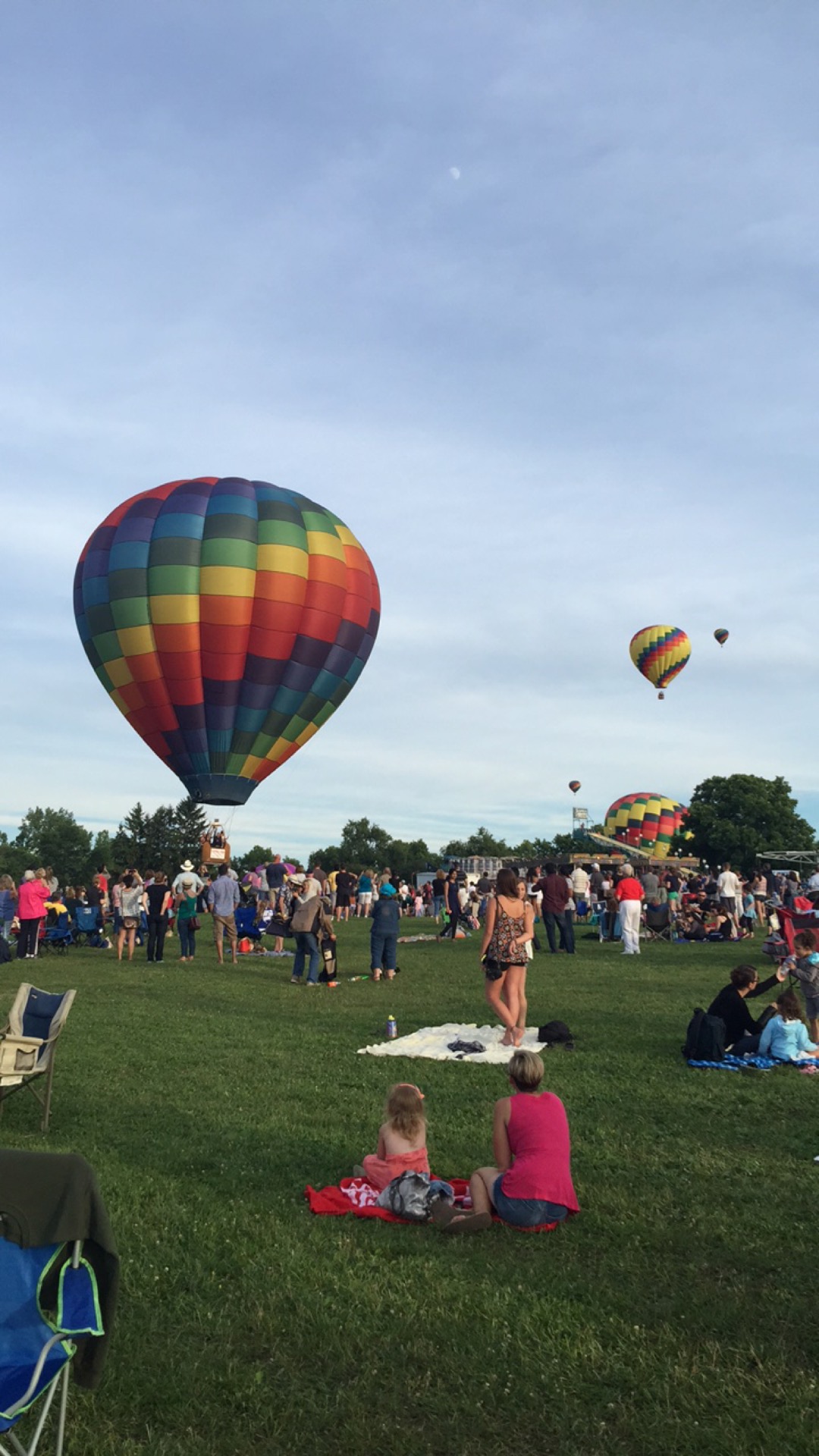 The balloons did, however, take flight on Friday night when the weather was warm and winds were at ease.

“For the first night, I thought it was a spectacular night and a beautiful flight,” Saxton said. “We have to thank all of the area property owners for allowing us to land on their properties.”

Express Mart Brand Manager Travis MacDowell expressed the hopefulness of a rise in attendance due to free admission this year.

“It opens it up for more family members and more community members to come out and enjoy it,” MacDowell said. “And with the weather today [Friday], it’s beautiful. You couldn’t ask for anything better.”

Live local entertainment was available to watch on a large stage, while attendees waited patiently for each balloon to rise.

For one dollar, attendees could recieve a “walk through” of a hot air balloon, which was set up on the ground, laid flat and then filled with air so that guests could experience the sheer size of one of these mammoth balloons. Playland Amusements provided multiple carnival style games and rides like a small-scale roller coaster as well as swings and a super slide.

Fried foods like bloomin’ onions and fried pickles were fan favorites as well as chicken gyros and cheesecake on a stick. The ever-popular wine slushie made an appearance in its own tent next to the main entertainment stage as well.

Lines were considerably long, but moved quickly; especially around a half-hour before scheduled flight times so attendees could have a snack while laying or sitting on blankets and chairs gazing up at the balloons.

For those brave enough to step into the wicker basket and take the flight up, Saxton said the reactions are always exciting to watch. 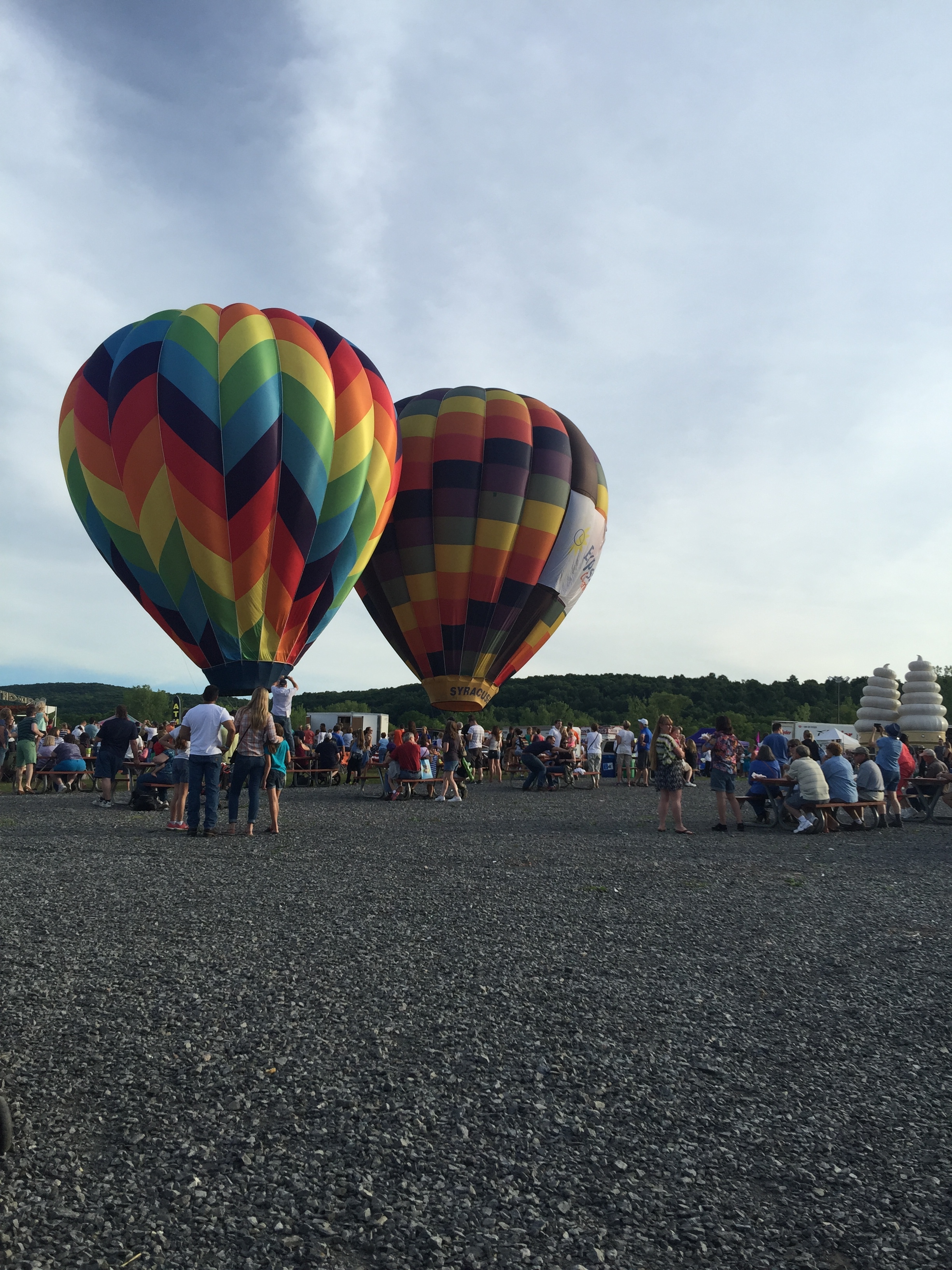 “They have a great time and a lot of people have it on their bucket list, and its something that a lot of people have wanted to do for many, many years,” Saxton said. “There’s a lot of excitement. Everybody always enjoys it and most people after their flight say ‘we’d do that again in a heartbeat.’”

Though the balloons take center stage, there were various activities to take part in and everything was doable with an easy layout to navigate. Even after the balloons took flight and were out of sight, the food, music and rides were still in full swing.

“I think the [balloon rides] are a great draw; also with the music, the great food and the weather, it really has all come together to make it a wonderful event,” MacDowell said. “I’m 36 years old and still acted like a kid just from standing in a basket, so it’s very exciting!”