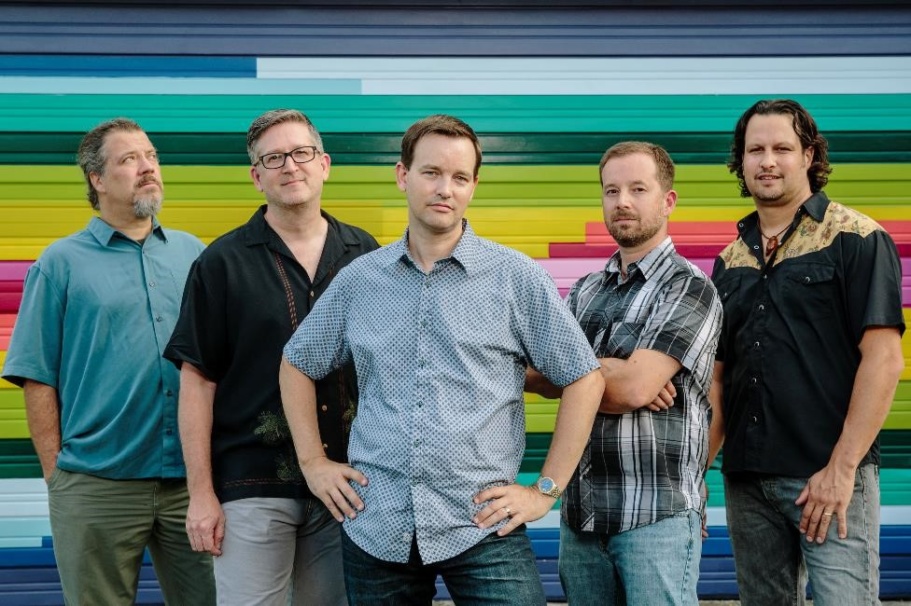 Pete Daniels and Andrew Wiley were Syracuse University students between 1994 and 1998 when they started jamming together throughout the Salt City music scene. They formed fast friendships with local blues players such as Tom Townsley, Phil Petroff, Roosevelt Dean and members of Los Blancos.

On Saturday, June 30, 2 p.m., the duo and their band, The Roustabouts, will take the main stage at the New York State Blues Festival in downtown’s Clinton Square.

“We’ve gotta jampack as much music as we can into the whole thing,” Wiley says. “It’s great that we’ll get to do what we do on the main stage and tell our story, talk about our influences. These are guys who should all be household names to blues aficionados in Syracuse. And Tom Townsley will sit in with us. We’re really looking forward to that.”

Daniels says, “And I love the fact that the next band up after our performance is Los Blancos. They were integral to us and our development.”

The pair has kept in touch with the local scene, returning every year to attend Blues Fest and make a weekend out of jamming with friends. But this is the first year they’ll actually be a component of their beloved festival.

“It’s been a longtime dream to put our band up on the Blues Fest’s main stage,” Wiley says. 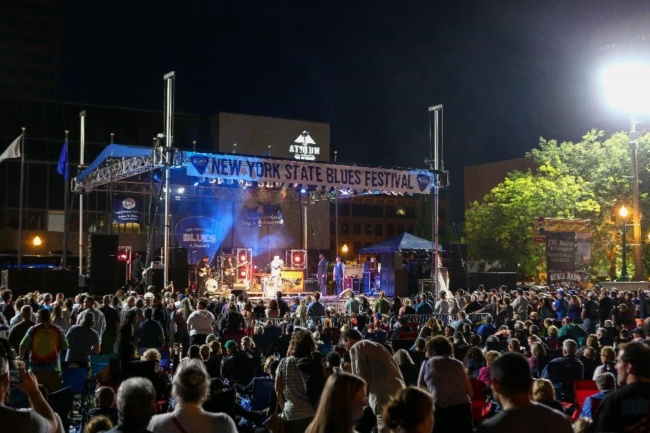 Read: Don’t miss out: Lineup for the 2018 NYS Blues Festival

Daniels and Wiley got tugged into the scene when they made friends with local show-goers Mary Lou and Harold Green. “They were kind of stalwarts of the scene,” Daniels says, as the quartet started hanging out at bars such as Rooter’s and Cougar’s, where they struck up friendships with the area’s blues musicians.

“Over the course of a month, I’d go to 10 different shows and every single band would blow me away,” Daniels remembers. “For me, coming from Washington, D.C., I thought, ‘What the heck is going on in this small town?’”

But blues guitarist Dean was a standout when it came to Daniels and Wiley making the jump from fans to players. “Rosie was definitely the catalyst,” Daniels recalls.

Daniels even became Dean’s roadie for a while. And since he was majoring in TV, radio and film production at SU, Daniels used his roadie time to shoot footage of the bluesman while on tour through the South. Daniels has since made a documentary about Dean.

“I learned a lot about the blues and the music business,” he says. “Coming out of that, it was like, ‘This is in my blood now.’”

Although Daniels was classically trained on violin, he had played guitar most often with his singing buddy Wiley, who studied musical theater at SU. But Daniels realized that since violin was his most comfortable instrument, why not put it front and center? The two studied blues music and eventually Daniels started bringing his fiddle to the gigs.

“My eureka moment was when I was playing an open mike at Dinosaur Bar-B-Que,” he says. “Someone threw me a solo and it was the first time I tried going way up high on the neck hitting this high note and I heard someone out in the crowd go, ‘Yeah!’ And I got goosebumps. I thought it was so cool that I could make someone have that reaction to something I’m doing. It’s been a fun ride ever since.”

Wiley and Daniels moved to the D.C. area separately after college. Daniels was returning home, while Wiley and his girlfriend (now his wife) Melissa were looking for a warmer locale to call home. When they were searching for a music venue, they stumbled upon a Thursday- night open jam at the Zoo Bar, right across from the National Zoo.

“It turned out to be an amazing little scene,” recalls Daniels. The duo went every week, as they soon found other players they clicked with and started The Roustabouts in the early 2000s. They even landed a monthly gig every third Saturday at the Zoo Bar that lasted for seven years. 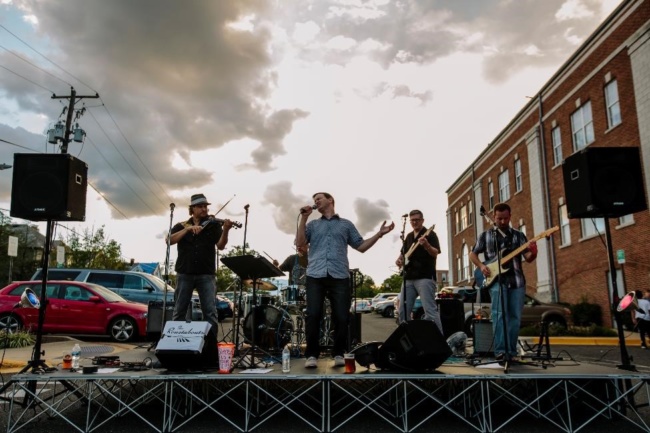 Within the last year the band has released Plenty of Blues, an album of mostly original material that mixes rock, funk and rhythm ’n’ blues. Aside from band members Wiley, Daniels, bassist Jeff Muller, guitarist Dan Shine and drummer Phil Bucci, the disc also features Mark Wenner of The Nighthawks on harmonica and Tommy Lepson on keyboards.

Although the band is solid, Wiley and Daniels claim that the fiddle is the main attraction. “Everyone is just blown away by it,” Wiley says. “It’s truly unique to the blues and nobody can really do it like Pete can do it. People just respond to it. Fifteen years later, we’re still kickin’ it with this music we learned in Syracuse.”

This year, Wiley and Daniels have firm plans to cram as much as possible into their Blues Fest weekend and eat several times at Dinosaur Bar-B-Que. Wiley is also excited about playing a song devoted to the local ribs joint.

“It’s a tribute to the Dino and what it meant to Syracuse in the development of the blues scene,” Wiley says. “I’m really excited to be able to sing it for Syracuse music fans. Usually when I’m in D.C. I say it’s a great spot up north in Syracuse, but the story changes when I’m onstage in Syracuse.”

“And it’s one of several originals written almost completely on a ride home from a previous Blues Fest,” Daniels says. “Our heads were just buzzing with all the great vibes and music. Inspiration came pretty easily.”