This week, both HBO and CBS announced standalone streaming services. Next year, we’ll all be able to access these networks’ programming without a cable subscription. With this double-whammy, and Comcast’s merger with Time Warner Cable on hold with a ruling not due until the new year, it appears that 2015 might be a game-changing year for television access in the United States.

At some point next year, cable free households everywhere will log off their pirating services of choice and head over to HBO’s website. They will log in. They will sign up to pay a monthly fee (amount not yet announced) to access new episodes of Game of Thrones, True Detective, Girls and Veep, and old episodes of HBO’s current and retired, critically acclaimed shows, like The Sopranos, True Blood, Sex and the City, and The Wire.

The new CBS All Access service starts right now. Head over to CBS.com and you’ll see that you get one week free, then pay you pay $5.99 per month. All current and past seasons of this historically top-notch network’s series are available on-demand – that’s more 6,500 episodes of television, all the way back to I Love Lucy.

And you thought your Netflix subscription left you with too many options! 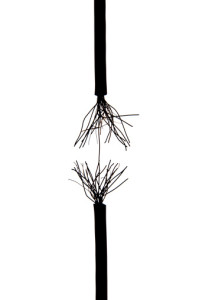 But what does this really mean for lovers of network, cable and premium cable television? Will cutting the cord and switching to an all-streaming television diet put some weight back into your wallet?

The answer is… maybe at first. But other factors in the works could wipe that right out from under us.

In 2010, the Federal Communications Commission (FCC) ruled that internet services providers (ISPs) can’t discriminate; they must allow access for all legal content to flow through their cables and into their customer’s homes. But the regulations did not say that ISPs had to provide equally speedy access.

In February 2014, new legislation was proposed that would allow ISPs to charge more for faster access. The cost wouldn’t necessarily fall on the us, but on the content provider, who would have to pay more for “fast lane” access, to be sure that their customers got speedy access to their material. The rules are still in debate, and they have some vocal opponents, like internet giants Netflix and Google.

That very same week last February, Comcast and Time Warner Cable, the two largest ISP and cable companies in the country, announced a merger. Though antitrust laws are strict, and it’s a long road ahead until this is finalized, the general consensus, based on similar acquisitions and mergers of days gone by, is that it will go through. If it does, Comcast, which already owns NBCUniversal (formerly NBC and Universal – they merged in 2004), would control a massive share of both television content and access to it in the United States.

Three months later, Comcast announced that it was considering a plan to cap its users’ data usage. They would charge a fee for running over, much like when you use too much data on your cell phone and have to pay ten bucks for another gigabite.

So what happens when you get all of your television through internet streaming, and your ISP charges you for using more than a set amount of data? If you’re like me, and you watch a lot of TV, you’ll be back to a situation of paying a boatload to your ISP – who is likely also your ex-cable provider. And if the Comcast-Time Warner Cable merger goes through, not only will they control a bigger chunk of the still-connected cable market (including ours, here in CNY), but they could still collect money from the cord-cutters. We’ll still be beholden to our exes even after our triumphant cord-cutting breakup. This unhealthy relationship just won’t seem to end.

On the bright side, the movement of network programming to online streaming gives legitimacy to the role of the already-established online streaming services and – more importantly – to their content. As Netflix, Hulu and Amazon find increased competition on the Internet, they may plug more of their budget into their own original programming, and nix the streaming of other players’ content all together. Once everyone is online, the middleman is out of a job. (Except, perhaps, those pesky ISPs.)

If the cord-cutting revolution continues, and the new FCC “fast lane” rules are imposed, a lot may change in a few years. We may replace the boxes under our TVs with direct HDMI cables to plug in our laptops. Those of us who still have boxes may have boxes that read “Comcast” where they used to read “Time Warner Cable.” But we will both still pay an arm and a leg to our ISPs.

Or maybe, we’ll all be sick of TV by 2016. Certainly, after spending 86 ½ hours binge watching all 236 episodes of Friends next year, I may need a break.

Binge Pick of the Week: Transparent 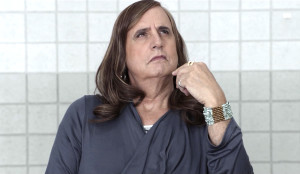 If you’re not yet on board with Transparent, the groundbreaking new show from Amazon Studios, you should be. Jill Solloway’s autobiographical comedy-drama about a father (Jeffrey Tambor) coming out as transgender to three adult children is beautifully grounded in a heady realism.

Four family members sit around a table with barbeque sauce slathered across their cheeks, awaiting a very serious announcement from their father. The youngest, a struggling millenial (the spectacular Gaby Hoffmann), flits among her family members, observing and worrying about them. A husband and wife stand at Jack and Jill sinks in their skivvies, enacting a morning routine that is familiar and markedly personal. There is no tension, no expectation in the air. This could happen in any family. The tiny moments of the first episode draw immersive characters and underscore the simple intimacy of family, romance, stasis and change.

The ten-episode first season is available to stream on Amazon Prime.