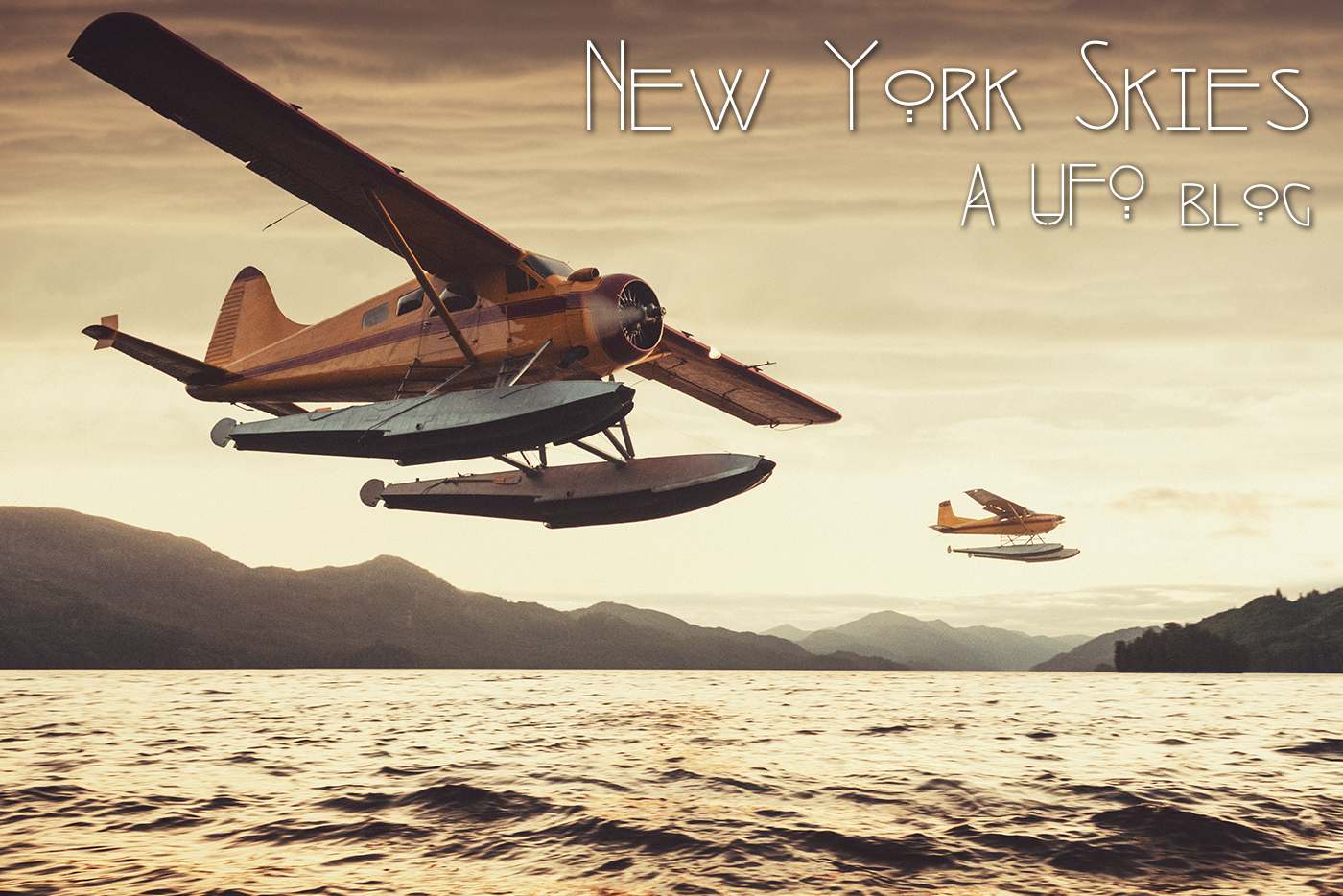 In 2004, a man named Frank in his mid-80s described himself as a World War II veteran. He tells us that during the war he was a U.S. Army infantry officer.

Frank explained that he was onboard the MS Sea Witch, a pre-war U.S. maritime cargo vessel that was anchored in the Fiji Islands. An accompanying navy vessel, a heavy cruiser, the USS Chicago CA-29, was among the ships in the anchorage.

About an hour later Frank and about 25 witnesses on the Sea Witch were watching the observation floatplane as it returned from its morning surveillance mission. The floatplane had descended to about 600 feet preparing to make its water landing. He said all the observers were stunned as the aircraft appeared to fly into an invisible object.

“That plane simply stopped flying for an instant and fell vertically into the ocean as a ball of tangled metal,” Frank said.

Frank explained it was obvious to everyone who witnessed the event that the pilot and observer were killed in the collision. The USS Chicago mounted no recovery effort. To this day, he remembers this odd event like it was yesterday and has wondered what it was that floatplane hit.

After the war, the MS Sea Witch was sold many times to numerous foreign owners until it was eventually scrapped in Sweden.

The USS Chicago met with a more dramatic fate just a few weeks later. On Jan. 27, 1943, she sailed from Nouméa to escort a Guadalcanal convoy. On the night of Jan. 29, the convoy came under attack by Japanese aircrafts during the Battle of Rennell Island.

Various fires caused the attack upon the convoy. This gave the Japanese torpedo bombers the light they needed to target and drop torpedoes toward the heavy cruiser. Two torpedoes hit the Chicago and caused severe flooding and loss of power. Despite valiant damage control efforts by Chicago’s experienced crew, the ship was lost. The Chicago had a complement of 1,130 officers and men and miraculously only 61 perished during the attack.

Interestingly, the loss of Chicago wasn’t reported to the general public for some time. It’s been said that Admiral Chester Nimitz, commander in chief of Allied Pacific forces, threatened to “shoot” any of his staff who leaked the ship’s loss to the press. Details of the horrendous battle started to emerge in U.S. newspapers in the middle of February 1943.

Let’s look at a few recent UFO sightings from Sept. 19 across the country:

At 5 a.m., a resident of Waterloo, Iowa, reported a disc-shaped object that was abnormally fast and moved in zig-zag patterns.

At 11:45 a.m., a resident of Cedar Park, Texas, observed a formation that initially looked like birds flying but lit up bright white and moved very fast.

At 7:35 p.m., a motorist in Durham, N.C., observed a group of seven-10 dark rectangular-shaped objects that darted across the sky at treetop level, then quickly vanished.

At 8 p.m., a resident Spartanburg, S.C., reported seeing a red orb flying low with no sound.

At 11 p.m., a resident Highlands Ranch, Colo., witnessed a rectangular craft that was completely silent and became transparent.