After a months-long tease from localization studio Aksys Games, a third installment in Kotaro Uchikoshi’s Zero Escape visual novel series will see a release on the Nintendo 3DS and Playstation Vita consoles next summer.

The news comes approximately a year and a half after Uchikoshi announced on Twitter that the series’ publisher, Spike Chunsoft, had rejected his initial proposal for Zero Escape 3 due to low Japanese sales of the prior two games, Nine Hours, Nine Persons, Nine Doors and Virtue’s Last Reward, despite their critical acclaim and moderate commercial success in North America and Europe. 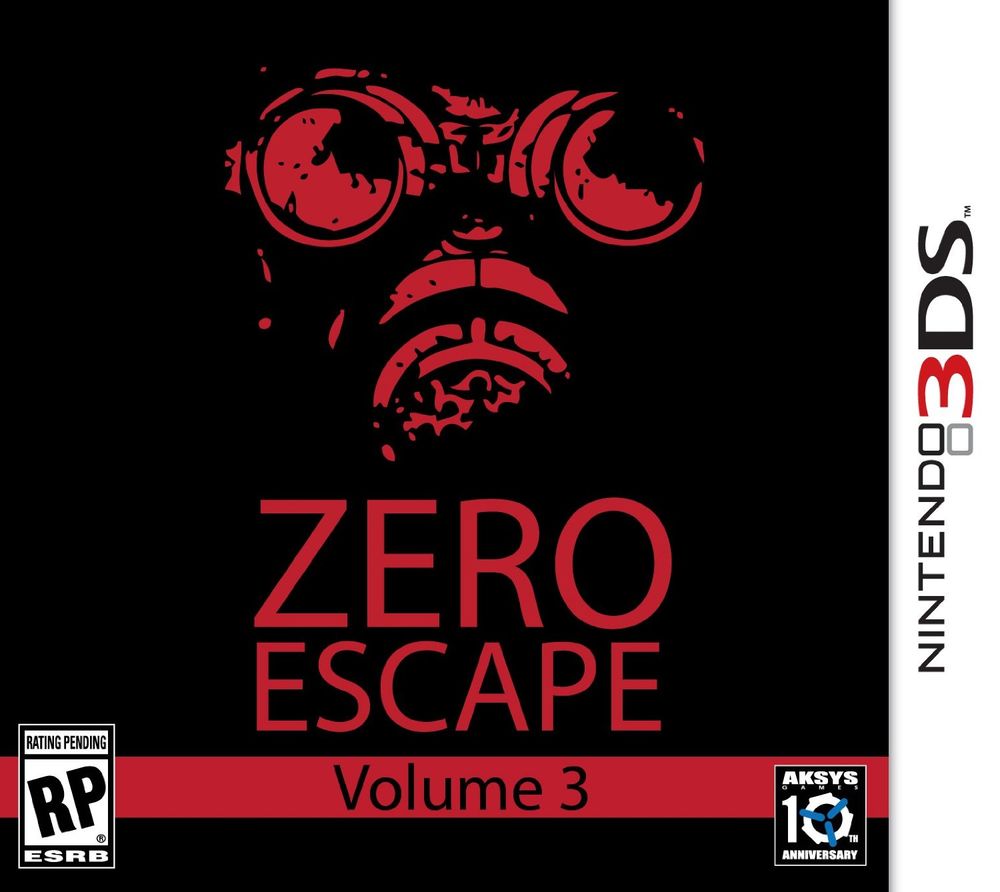 The speculation for Zero Escape 3 began in February when Aksys launched a cryptic teaser website at 4infinity.co, featuring a countdown clock. Over the weeks, strange words and numbers began to appear on the page, all with some significance to the series. The site was accompanied by equally strange tweets from the Aksys Games’ Twitter account, as well as from Uchikoshi. Fans of the series worked tirelessly to decipher the meaning of all this content. Eventually, the clues pointed to a time and place: Aksys’ panel at the Anime Expo convention in Los Angeles.

Sure enough, 4infinity’s clock reached zero at the time Aksys’ panel was beginning. Aksys intended to have the panel broadcast live on Twitch.tv, but technical difficulties prevented this. Instead, fans flocked to the Twitter feeds of those who were attending the panel in person. The Twitter feed for the gaming site RPG Site, which was covering the panel, remarked, “I think we have gained like 400 followers in the past 15 minutes.”

A subsequent press release confirmed that the game would launch for 3DS and Vita, as well as a subtitle: Zero Time Dilemma. It will feature full voice acting in both English and Japanese, and receive both physical and digital releases for both platforms.

In the wake of the announcement, interest in the first two games surged: Nine Hours Nine Persons Nine Doors, the first title in the series released for the original Nintendo DS, became the top-selling game on that platform on Amazon for a period of a few hours.