He loops to conquer…

Georgia-born Zach Deputy calls his music “island-infused drum’n’bass gospel ninja soul,” which, amazingly, makes sense when listening to his live-looping shows. The multi-instrumentalist, soul singer and songwriter mixes styles and uses his vocal acrobatics to create a unique experience. When Deputy visits the Westcott Theater, 524 Westcott St., on Thursday, Feb. 27, as one of his 200 annual dates, he looks forward to revisiting a venue he played at the beginning of his career.

“My first show in Syracuse, I remember only like 30 people were there,” he recalls with a laugh during a phone interview with the Syracuse New Times. Deputy will surely lure a bigger crowd on Thursday, however, especially following his appearances at music fests including Mountain Jam, Gathering of the Vibes and the All Good Music Festival, as well as working with Grammy-winning producer Scott Jacoby.

What was your first instrument?

I began with vocals. I was a singer before anything. I picked up guitar to back up my vocals when I was 14.

You started looping when a bass player couldn’t make it to a show, right?

Yeah, but I kinda felt like I was made for it anyway. When I was 15 I started recording. I was making drum beats, bass lines, all the parts for songs. That’s what I was doing for fun, way before looping. So when looping came around, it came naturally. I was already doing it and naturally got better and better at it. I never ever practiced it, but I played a lot of shows. Live shows were practice and, still to this day, it is my practice. That’s why I always take chances live. I never know when I’m gonna invent something new. It’s a time to explore or find something.

Crazy to someone else, but normal to me. When I was playing with all these bands, I wasn’t doing my own stuff. I had songs, but they weren’t applicable to the format. So I just invented and started making up stuff. I’m always teetering on the edge of knowing what I’m doing or not.

Do you write yourself a set list for shows?

I rarely write a set list. Sometimes I’ll write one if I feel like I’m getting away from myself. So it’s kind of a punishment if I’ve been going too far out and need to grab the reins. If the night before I felt I was going to Noodle City and couldn’t figure out my way back, I’ll write a set list.

Another Day (2011) is a departure from your other albums: It’s very soulful, not dance-looping music. How did that happen?

I always wanted to make songs like that. I had so many and showed my producer some of those songs and he was like, “We’re making that album.” At first we were gonna make a dance album, but decided to do what we felt like doing rather than what the audience wanted. As a songwriter, you want to get all your songs out there.

How do you fit those songs into your looping set?

Sometimes I try to just stick it on or build up enough tension in the set that people internally want a release, so it opens up a moment that wouldn’t have gone over well earlier in the set. I create that moment where I can get in a place where they’ll accept it. That’s what works. If it’s a sit-down-and-listen show, you can get away with it. But unfortunately, everybody wants everything and they want it right now. If you come out the gate slow, even if it’s a masterpiece, people don’t have the attention span. They want instant subs and bass.
People don’t realize how much of a part they play in the writing music culture. As an artist, we have what we feel and do, but energy coming from society and people definitely plays into what you create. Even if you’re not trying to make the audience happy, it influences what you’re vibing off as a musician.

Do you ever miss having a band?

When you’re solo, you have that freedom, that instinctive-ness. If you want to make a complete left turn at any moment, you can just do it. But I do love movements and you can’t really play movements with a loop machine. A band can come in and do some things I can’t.

I don’t listen to that much music. I listen to a shit ton of music live. But on CD, not that much. The last thing you want to do when you get done with an audio project is be like, “Hey, how about I listen to this record?” My ears need to chill out!

Get another job! Or expect to work really hard and not get paid for it for a very long time. Unless you have money, which I do not, be prepared to be dedicated to it. You have to love it. If you don’t love it, 30 years will go by and you’ll be like, “What did I do?” If you love it, you’re on the right path. Do it because you love it, not because other people are going to. 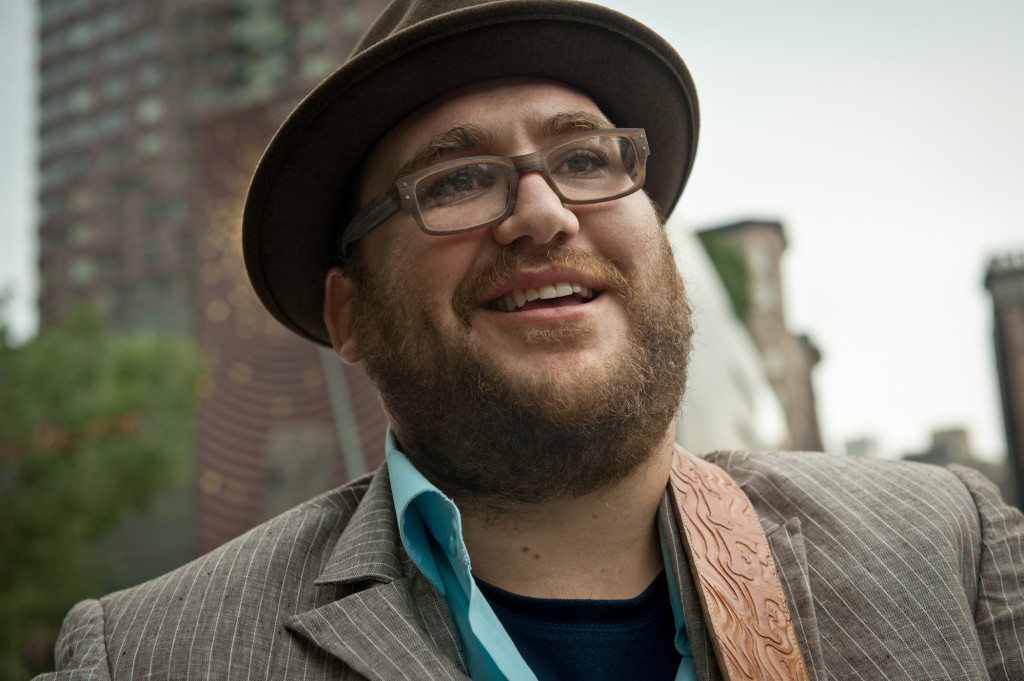 Points of Reference: Feb. 21
Sister Sparrow and the Dirty Birds at the Lost Horizon
To Top