Forty years is a long time, a number especially significant for a man of a biblical faith, and so, 40 years after his ordination, Fred Daley, the only openly gay Roman Catholic priest in the Syracuse Diocese, can be forgiven for believing that the Promised Land might finally be coming into view.

Since 2008, Daley has ministered at All Saints Parish, on Lancaster Street, a parish that has become a spiritual home to many same-sex Catholic couples. In the past week, he heard language coming from a meeting of bishops in Rome that he describes as “revolutionary.”

On Monday, Oct. 13, bishops convened at the Vatican released a draft summary of their discussion on family life.

“The tone of that document is revolutionary,” says Daley, 67. “Words like ‘understanding,’ ‘compassion’; terms like ‘listening’ and ‘dialogue.’ They talk of recognizing the gifts of same sex couples and the love of partners in civil unions.” 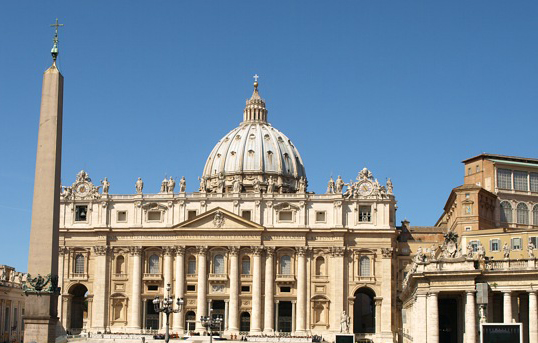 After decades of hearing language that had more to do with condemnation and exclusion of those whose family life varied from the church norms, Father Fred sees this open process of discussion in the church as a “radical sign” (even after the more open language failed to gain the two-thirds vote needed to be included in the final document).

It reminds him of a time in his youth when another Vatican gathering, the Second Vatican Council, opened the Catholic Church to the modern world in many ways but guarded medieval positions on divorce, homosexuality and birth control.

“In the past 40 years, the hierarchy had become more alienated,” says Father Fred. This time it was different.

“They listened to the sense of the community,” he says. “The vision of Pope Francis is seeping into the hierarchy. Testimony from the parents of a gay son, for example, had a distinct effect on the bishops. It reminds me of the energy and the fire and the hope of Vatican II when I was a young person in college and seminary.”

“It is a source of hope in my parish, in my church,” he says. That parish consists of 400 families, many of them same-sex couples, including many with children. Our mission is to be a welcoming and inclusive community in the spirit of Vatican II,” he says.

He comes to this mission through his own crucible of anguish and, on occasion, exclusion, by a church that he loves but which can’t seem to fully accept him for who he is. In 2004, while a parish priest in New Hartford, he came out to his parishioners, telling them that he was a celibate gay man.

“I did that for a couple of reasons. It was at the height of revelations regarding sexual abuse by clergy, and a number of people in the hierarchy were blaming gay priests, even though pedophilia has nothing to do with sexual orientation. But it was also for a sense of integrity, to be honest about who I am,” he says.

Ten years later, as he watches the bishops slowly and in stutter step come around to acceptance of same-sex couples, he pronounces himself blessed.

“I feel blessed and grateful that I took that step. It has enhanced my ministry. People with many struggles feel that they can identify with me, and it has helped me to understand others who are dealing with issues of their own identity.”

And what of the bishops’ reluctance to endorse an openness to gay Catholics in their final draft?

“What Francis has released here is not something you can stop,” he says. “You can’t put the toothpaste back in the tube.”

In 2006, Rev. Fred Daley took a leave from his diocesan labors to work in Lesotho, in Southern Africa. His assignment was to work with clergy and religious workers as an HIV/AIDS educator through the international agency Catholic Relief Services (CRS). He had a plane ticket in hand when CRS told him he would not be allowed to go. The national outcry that followed became, in Daley’s words, “a teachable moment” for Catholic Relief Services. But he was not allowed to serve. The population of Lesotho at the time was 2 million people, 30 percent of whom had AIDS or were HIV positive.

iGot My iPhone Back
Interview: John Katko and Dan Maffei
To Top