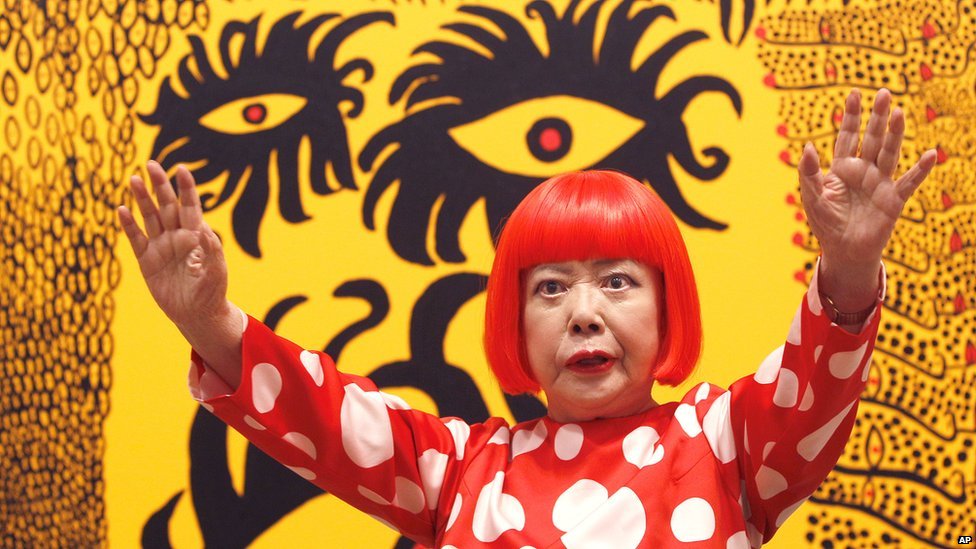 The making of a movie about artist Yayoi Kusama

Andy Warhol wasn’t the only artist looking at the world with an interesting eye in his day.

There’s a movie being made now by the title of Life in Polka Dots, a documentary about the hard times and different works of Japanese artist Yavoi Kusama.

A story by Asia Bureau Chief Patrick Frater for Variety Wednesday caught my eye first because of the striking picture that went along with it, I will admit in full disclosure. I’d love to be the guy standing in that room painted in white with red polka dots filled with white cushions adorned with red polka dots.

According to Frater’s story, you see, “A contemporary of Andy Warhol, Kusama struggled with sexism and racism in her early career, and spent 30 years in a Tokyo mental institution. She returned to fame with exhibitions that were shown at the Venice Biennale and London’s Tate Modern. And in 2012 Louis Vuitton launched a clothing line made in collaboration with Kusama.”

Her specialty is polka dots. You betcha.

The biopic is in the news now because New York-based producer and distributor Submarine has bought into it, joining U.K.’s Dogwoof, Frater reports.

The movie is expected to be completed by the end of the year. And it looks so … artsy. If a bit spotty. Had to say it.

Eddie Murphy was a funny cop? 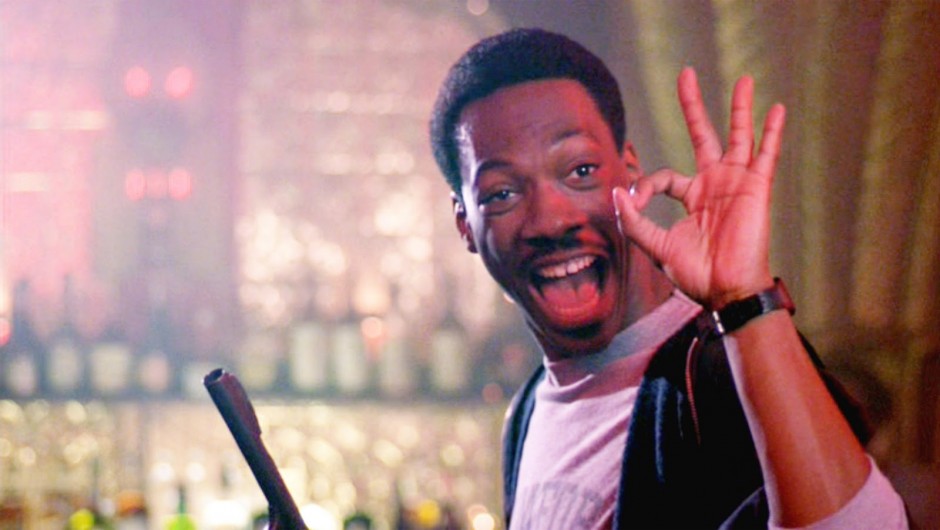 Once upon a time, boys and girls, Eddie Murphy used to play a sharp and funny cop from Detroit by the name of Axel Foley, set loose around Hollywood and partnered with a rube of a young cop played by Judge Reinhold.

And it was good. A box office smash in 1984, in fact. A hit song sprung forth. And then came a sequel three years later, and the Murphy-Reinhold pairing still worked. Then came a third, in 1994.

Wednesday I spotted this headline: Eddie Murphy Explains Why He Keeps Putting Off Beverly Hills Cop 4.

The story by reporter Joseph Baxter says: “For about 20 years, news of a possible fourth Beverly Hills Cop film getting underway seem to sporadically come up, only to end in a false start. Despite that, attempts to revive the comedy franchise that essentially christened Eddie Murphy as a certified household name still continue. So, what is it that has been keeping this film from happening? Well, it seems that Murphy has been left once bitten, twice shy after the debacle that was Beverly Hills Cop III.

Baxter says Murphy is going to make 4 because he wants to make 4. He quotes Murphy from two different articles.

First about the lasting power of the franchise:

And then for more specifics:

“I don’t think it’s gonna happen in March, but it is gonna be in Detroit. And before it happens, they’ve got to get that script right. That movie has to be right.”

His Pants May Be Square, but SpongeBob is Hip
The Bond between heroes and villains lifts ‘Kingsmen: The Secret Service’
To Top