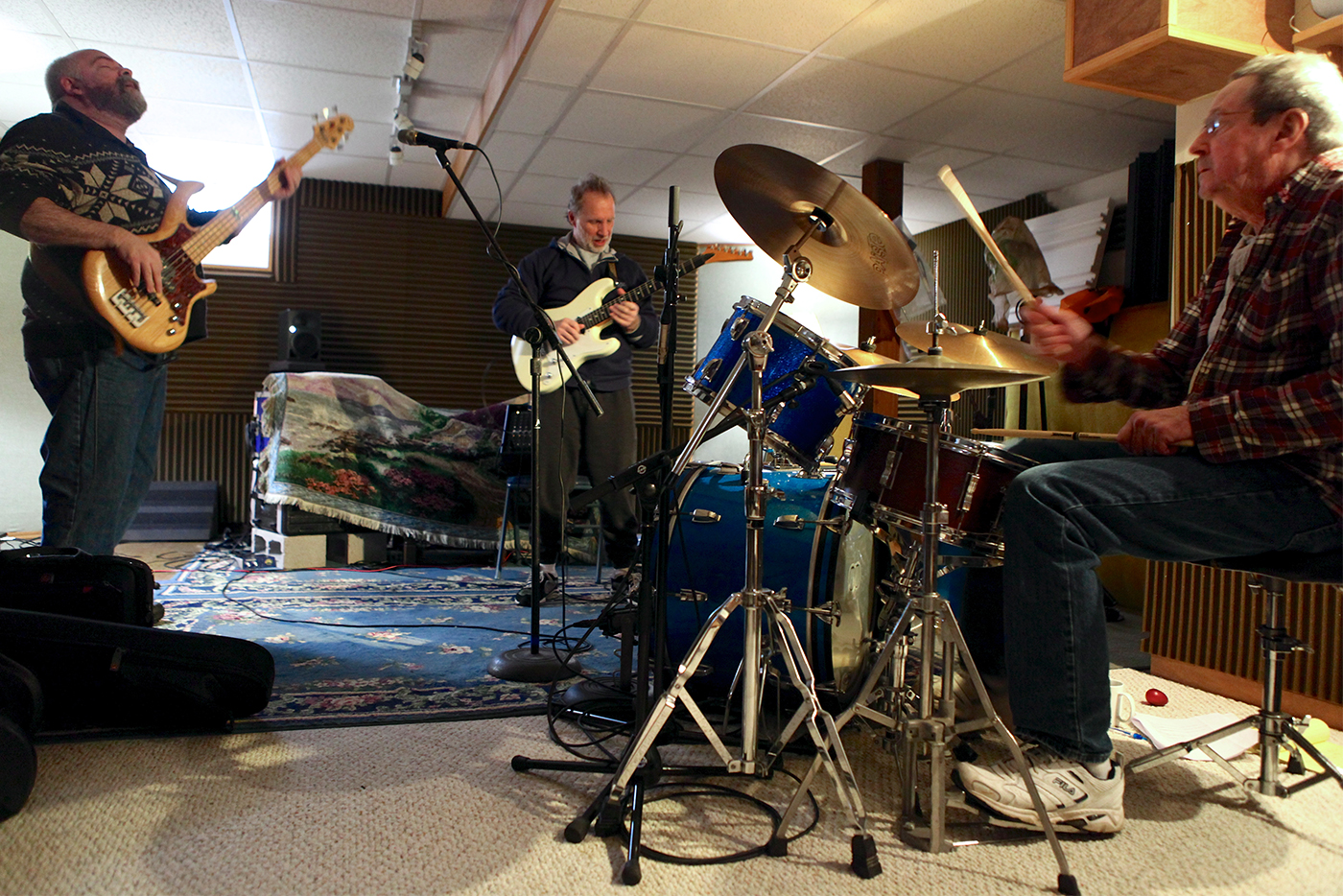 That proves we take our blues seriously here in Central New York. So seriously, in fact, that we’re willing to fight for it.

Just ask The Kingsnakes, who fearlessly re-formed after a night of bloody fisticuffs during a disagreement about changing personnel. Or the Blues Connection staffers who brazenly battled each other over possession of complimentary discs that had been submitted to the magazine for review. Mannish boys will be boys.

We take our blues so seriously here that we’ve established a Blues Archives Hall of Fame and the annual world-class New York State Blues Fest (scheduled July 7 and 8). The festival piggy-backed on the Dinosaur Bar-B-Que, the biker-built bar and rib joint that booked the best touring blues bands to assure Syracuse’s place on the nation’s blues map. 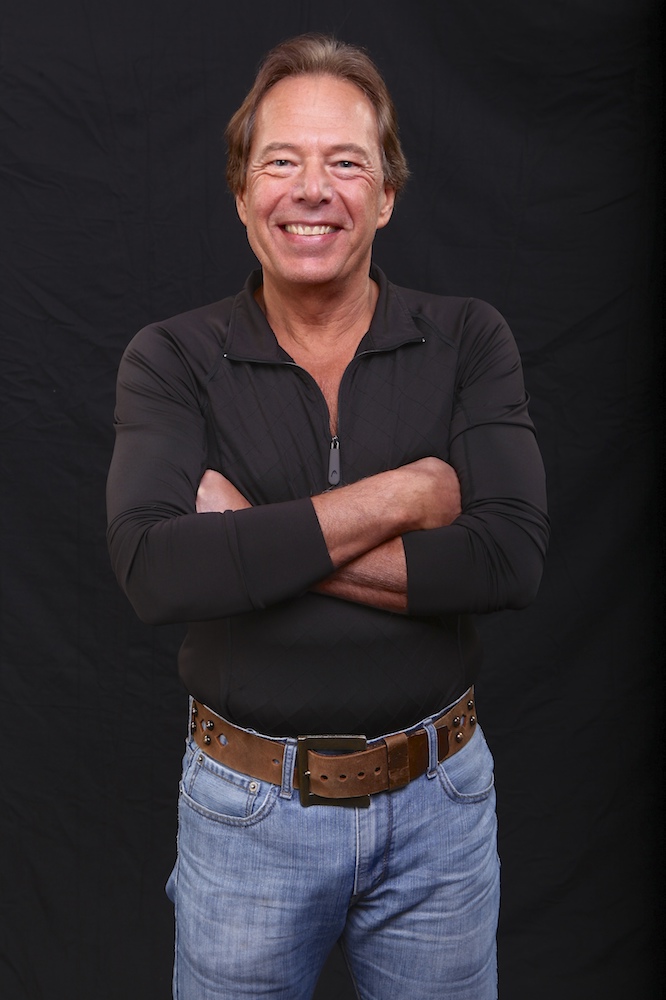 The Syracuse New Times took the blues so seriously that it blocked off South Franklin Street and invited the entire blues community to pose in front of the Dinosaur Bar-B-Que to create a fantastic photographic tribute in the mid-1990s. Modeled after Art Kane’s 1958 photo of 57 jazz musicians, “A Great Day in Harlem,” the massive crowd shot of several dozen blues musicians and roadies — photographed by Michael Davis, himself an accomplished Hammond B3 player — would be known as “A Blue Day in Syracuse.”

We’re so serious about the blues in Syracuse that even our politicians jump on the bandwagon. Former state Sen. Nancy Larraine Hoffmann ran on a platform boldly promising “Better government, more rhythm & blues!” But the blues remain non-partisan. Former Democratic Mayor Matt Driscoll (who owned Rosie O’Grady’s bar, where the blues occasionally resonated) and Republican state Sen. John DeFrancisco (who blows a mean sax on “Night Train”) strongly supported the establishment of the Blues Festival.

We’re so serious about the blues that even our fiercest literary lions have enthusiastically embraced it. Jay McInerney, who used to sling pint bottles at Westcott Cordials while studying creative writing at Syracuse University, titled his 1984 best-selling novel after a Jimmy Reed song, “Bright Lights, Big City.”

We’re so serious about the blues in Syracuse that we bravely expand its boundaries. One of the most popular bands of the 1990s was Little Georgie and the Shuffling Hungarians, a multiracial rhythm’n’blues revue that reveled in the rumba of old New Orleans while bathed in the light of voodoo candles.

And we’re serious enough about the blues to send a handful of homeboys up to the big time, guys like guitarist Joe Bonamassa (“Smokin’” no more!); saxophonist Paulie Cerra, who has played with Lucky Peterson, Bobby Bland, Little Milton and Jimmy Johnson; and Mexican-born guitar-slinger José Alvarez, who won a Grammy Award for his work with Cajun star Terrence Simien.

Since Savoy Brown guitar god Kim Simmonds settled down in Oswego County a couple decades ago, that formerly British band has featured the talents of many of Syracuse’s top bluesmen, including Joe Whiting, Pete McMahon, Mark Nanni, Pat DeSalvo and Garnett Grimm.

We’re so serious about the blues here that the Haudenosaunee have given it a decidedly native spin. In 2007, the Onondaga Nation quintet Corn-Bred took their 12-bar talents to the national level, winning the Native American Music Award (Nammy) for Best Blues/Jazz Group. Another band with reservation roots, the Fabulous Ripcords, have been nominated for several Nammys and had a song placed on the Crooked Arrows movie soundtrack.

Syracuse is serious enough about the blues to swingingly salute local artists who nurtured and preserved the blues here before passing on. That’s the reasoning behind the Great Salt City Blues Concert at the Palace Theatre.

Blue Wave founder and concert promoter Greg Spencer praised the late foursome James, Dean, Shirley and Olson for their contributions to the Syracuse blues community. “They’re no longer physically with us,” Spencer said, “but their spirit will always be felt.” 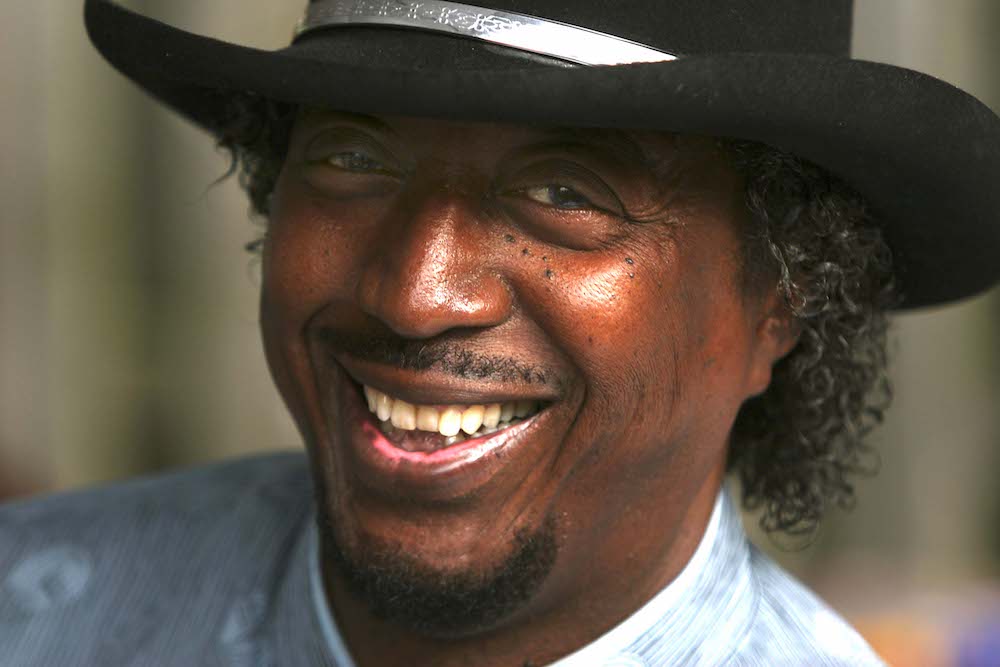 Known far and wide as “The Voice of Syracuse,” bandleader Roosevelt Dean died April 4, 2009, at age 65. Over his 25-year career, Dean performed with his band, The Spellbinders, which released several CDs including the popular Blues Heaven, featuring the title song he wrote in tribute to the Syracuse blues scene. The year before cancer claimed him, Dean was inducted into the Syracuse Area Music Awards (Sammys) Hall of Fame.

Singer-guitarist Kelly James, a.k.a. Dr. Blue, died Jan, 3, 2012, at age 76. A tough and towering man who had played professional football for the New York Jets, retired from the Onondaga County Sheriff’s Department in 1991 following 25 years of service as a supervisor.

A deputy by day and a bluesman man by night, James fronted bands such as Triple Shot, Too Bad James, The Kingsnakes and Dr. Blue and the Night Crew, and later carved out a reasonably lucrative career as a solo act on the college circuit.

Kyle Shirley, a founding member of the New York State Blues Festival and the Great Northeast Blues Festival, died suddenly on April 26, 2015, at age 62. Shirley had suffered a heart attack as he exited the Dinosaur Bar-B-Que after sitting in with former Nighthawks guitarist Phil Petroff.

A fixture in Syracuse’s South Side neighborhood known as the Valley, Shirley often played blues harp at jam sessions but found his niche as a promoter, presenter and enthusiastic master of ceremonies.

Shirley was a scrawny little guy with a big, bold blues obsession that took him to Chicago’s south side, which he visited during a stint in the U.S. Navy. Years later he made pilgrimages to Memphis, Tenn., to attend the national W.C. Handy Awards (renamed the Blues Music Awards in 2006).

Known to many as “The father of Syracuse blues,” Shirley — who religiously rode a Harley-Davidson — was also known by his nickname, “Hawk.” 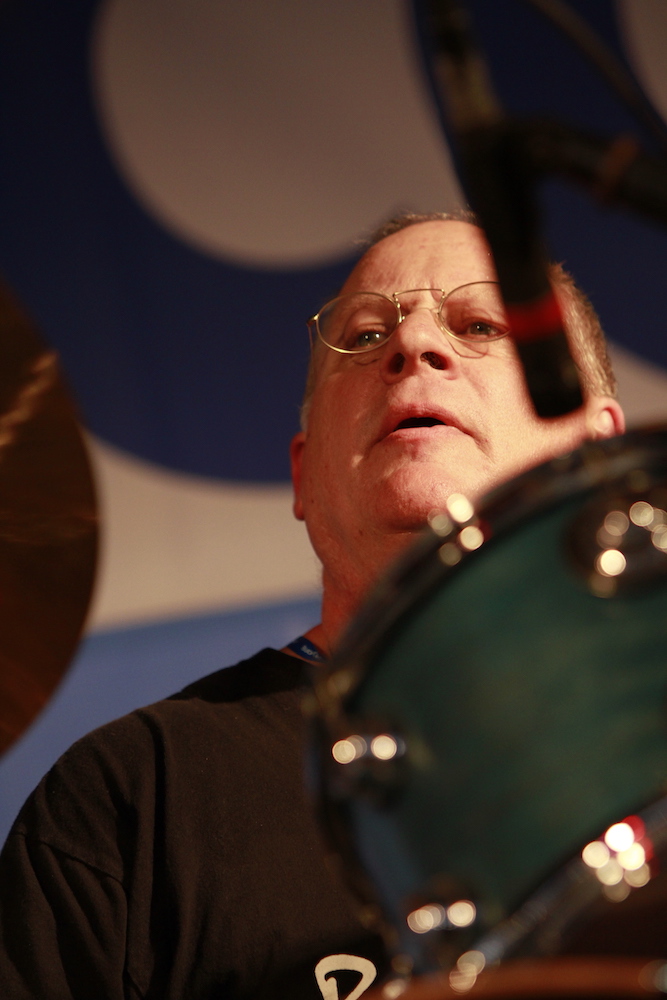 In the late-1980s Olson relocated to Central New York, where he taught drums in Camillus and performed with Savoy Brown, Phil Petroff and, most recently, Dr. Killdean.

Syracuse baritone saxophonist Rodney Zajac said Olson’s pleasing personality was as important as his rhythmic ingenuity. “David always had a positive vibe,” Zajac said. “Whenever I was near him, be it on stage, at a show or just passing hellos, I’d feel a real calming effect.”

For the Great Salt City Blues Concert, promoter Greg Spencer insists, “It will not be a jam session. Think ‘The Last Waltz’ presented with rhyme and reason for your enjoyment.”

Spencer, who staged a 30th anniversary Blue Wave Records concert at the Palace last December, noted that this year’s celebration was inspired by memories of the first Blue Wave compilation, Salt City Blues, Vol. 1. “I was thinking what a fertile period that was in Syracuse for the blues and what a great camaraderie there was among the musicians. The bands would play together, often at Copperfield’s or Nappi’s, and inspire each other to play their best because everybody wanted to be the best.”

The four blues honorees, as well as the dozens of living, breathing musicians set to perform at the Palace, all took the blues seriously. “They made Syracuse one of the most important blues cities in the northeastern United States,” Spencer said. “Everyone involved in Monday’s show still lives and actively plays here. No out-of-towners, no imports, no special guests. The quality of the players who still choose to live and play here is still top-notch.”

A few years ago Blues Festival volunteers wore T-shirts with the festival guitar-pick logo on the front and this slogan on the back: “Syracuse ain’t nothin’ but a blues town.” Seriously, ain’t it the truth?

Steve Rannazzisi: A League of His Own
A Case of Yellow Journalism
To Top