Widespread Panic brings their rock jams to the Landmark on Thursday

Todd Nance recalls when he met Michael Houser in 1978, as they became fast friends and musical partners. Each went their own way for college, however: Houser headed to Athens, Ga., Nance went to Atlanta, and neither pal saw each other for about five years. Meanwhile, Nance tried to form bands; he knew he was meant to be a drummer, but couldn’t find a combination that clicked.

Then he got a call from Houser, who told him to come to Athens to give music a shot there.

Nance never went back to Atlanta–because Widespread Panic was being born. 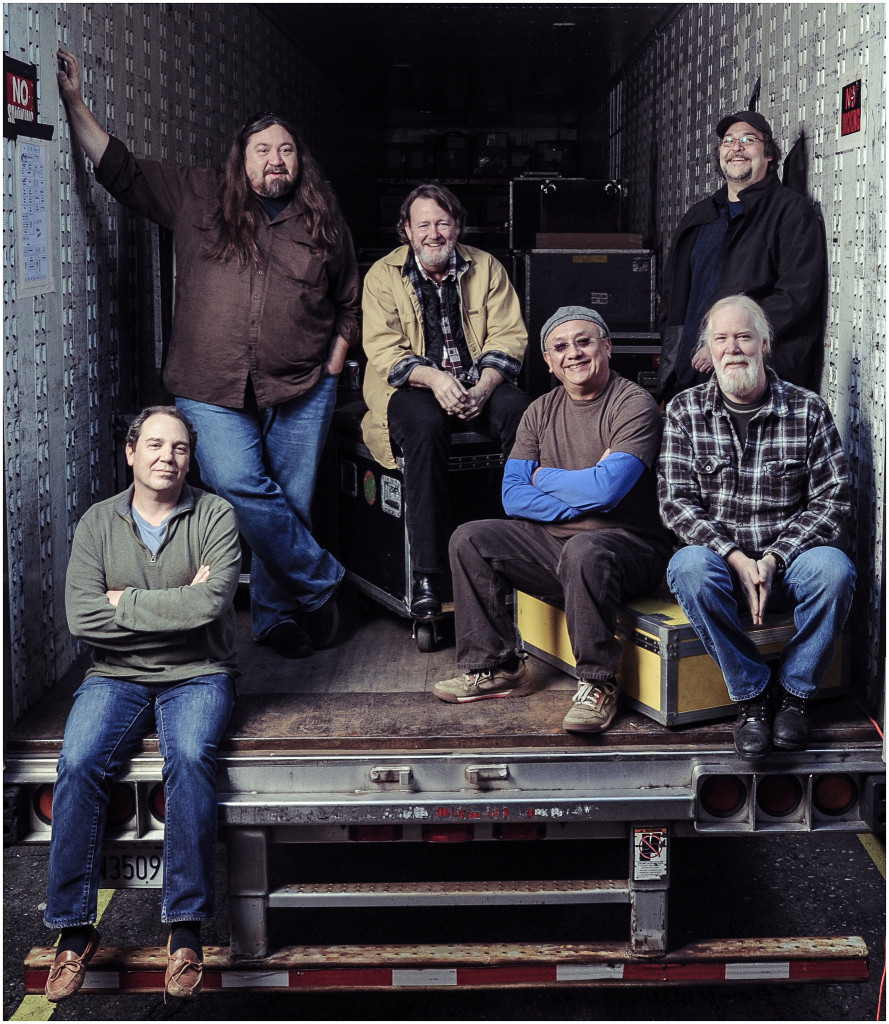 “I always knew this was what I was gonna do. Don’t know how, but I did,” Nance says with a thick southern accent. “But I was 24 when I came to Athens, so I was starting to wonder. I played with a bunch of bands but nothing like this. I was just trying to survive. Then when I went to Athens, I just called up my roommate and said, ‘Sell my shit. I’m not coming back.’”

The friends got lucky, striking a chord with jam followers from their start in 1986. Widespread Panic (which got its name from Houser’s panic attacks) is now considered royalty among the jam elites, setting attendance records such as selling out the Red Rocks Amphitheatre in Colorado more than any other band: 42 times as a headliner, plus once as an opener for Blues Traveler.

The band–Houser, Nance, John Bell, Dave Schools and Domingo S. Ortiz (and in 1992, John Hermann who replaced T. Lavitz)–started taking off in the early 1990s with the H.O.R.D.E. Tour. “We got to be on the road with all our friends,” Nance says, which meant groups like Phish, Blues Traveler, the Spin Doctors and Bela Fleck. “It was our first exposure to the big time. It was a great experience first playing for 10,000 to 12,000 people.”

On April 18, 1998, the band hosted a free CD release show in Athens to celebrate Light Fuse, Get Away, their first live album. Nearly 100,000 fans showed up for one of the largest album release parties of all time. “It was crazy,” Nance reflects. “We didn’t expect that. I don’t know how many we expected, but not that many.”

Nance and Houser had the chance to live the ultimate best friend and bandmate dream: making it big together. That dream was cut short, however, when lead guitarist Houser passed away at age 40 from pancreatic cancer in 2002.

“We had a few tough years there,” Nance says, less animated than before. “It’s just now, in these past few years, that it feels like we’re getting back to where we were. It was a big blow to us. But Mikey was adamant about us keeping playing. We tried to carry on, not like nothing happened, but we just tried to do our best. We got through it. But we’ve seen better days.”

From 2003 to 2006 George McConnell joined on guitar, followed by current ax man Jimmy Herring. Although Houser and Herring don’t sound alike, both have their own distinctive sound, style and recognizable voice on their instrument. The band didn’t force either a change or an identical fill-in; rather, they allowed an evolution.

Since 2002, Widespread Panic has released 14 albums, including both live and studio CDs, and has continued a merciless touring schedule.

The band has also mounted an annual charity event, Tunes for Tots, for the past eight years, raising more than $2 million in that time. This year’s show, which includes a meet-and-greet, will take place Dec. 30 at the Atlanta Symphony Hall. The money raised goes toward buying instruments, funding music programs and celebrating artistic expression.

“Schools keep cutting music programs,” Nance says. “I did school band. I don’t know if I’d be here if it wasn’t for playing in school bands, so it’s a big deal for us.”

Widespread Panic continues to find an outlet for artistic expression, especially by keeping their music fresh with their ever-changing set list. “We sit down every day and think about it,” Nance says. “It’s better than playing the same thing every night. We might play a song twice a week at most. Every night is a different show and we’ve probably got about 300 to 350 songs to choose from. People seem to like that.”

Although 350 songs is a lot to remember, Nance’s sense of humor returns when it comes to practicing. “If it’s a song we only play once or twice a year, yeah, we gotta run over it,” he admits with a laugh. “And for Jimmy, only with us for seven years–I know it sounds like a long time, but it’s been 27 for the rest of us–some songs he’s not as familiar with. We perform a lot, but we rehearse still. We’d rather not, but we do.”

“I don’t know if I’d be here if it wasn’t for playing in school bands,” says drummer Todd Nance.

“Stick to it. It’s not easy to do. I know we’re very lucky. A lot lined up for us, but the main thing is to stick to it. There are lots of different levels of success or what people think success is. If you want to play music for a living and you do: That’s success. If you’re good at it and believe in it: Do it. That sounded pretty corny, huh?”