And why does he have a monument in Syracuse?

On the North Side of Syracuse, near East Laurel Street, stands the city’s only equestrian monument.  Gen. Gustavus Sniper and his steed, “Bill,” have gazed serenely but nobly down Salina Street since 1905.

In these days of debate over immigration laws, it might be appropriate to note that our only citizen so honored was once an immigrant himself.  Also adding to this momentary call for attention to Sniper is the commemoration of the 150th anniversary of the Civil War and the final chance for patrons to view an exhibition at the Onondaga Historical Association Museum that reviews the history of immigration in Syracuse.  The exhibit closes Sunday, Jan. 26.

Sniper was born in 1836 in the Grand Duchy of Baden, a sovereign nation at the time  but now a part of Germany.  He came to America with his family as a child.  His father was a laborer, and Sniper began working in a local cigar factory by the time he was a teenager.  He had a basic public school education, supplemented by some night courses.  He was drawn to the military, joining one of the local home militia units, called the Syracuse Light Guards, in 1854.  Service in other like units followed until, during 1859-60, he helped organize another, the Munroe Cadets.

Meanwhile, he continued his work in the cigar manufacturing business, having formed a partnership with Nicholas Grumbach.  They were listed as “tobacconists” in 1860 on North Salina Street, near Prospect, in the heart of the city’s German neighborhood.

The firing on Fort Sumter in April 1861 unleashed the Civil War, and Sniper, 25, was ready to put his untested military background into practice.  He first wanted to raise a new company of volunteers that he could command, but the initial patriotic response was so enthusiastic that the early local units were filled before he succeeded.  Undaunted, he joined the next available local volunteer regiment: the 101st NY Volunteers, as an individual, and quickly was given the rank of captain.

The 101st eventually became part of the Union Army of the Potomac in 1862.  It faced considerable action outside Richmond during the Seven Days battle, which saw Confederate Gen. Robert E. Lee drive the federals back from the rebel capital.  The 101st was again heavily engaged in the infamous Union defeat at Fredericksburg later in 1862.  The remainder of the regiment was merged with another at the end of that year,  and its officers mustered out.  Sniper returned home to Syracuse, soon married Catherine Miller and started a family. 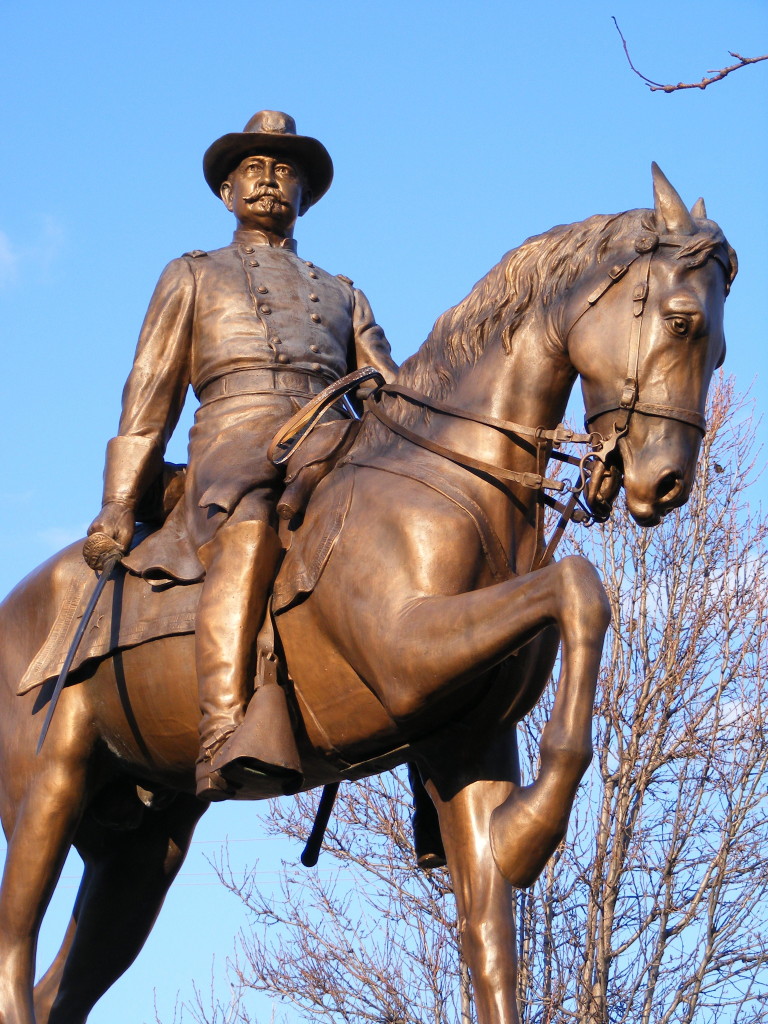 During 1863 and 1864, however, despite a major defeat at Gettysburg, Lee’s Army of Virginia continued to stymie Union forces and, with mounting casualties, more Union soldiers were needed.  Another regiment of volunteers, the 185th New York, was being organized in Onondaga County, and Sniper could not resist returning to the field.  He joined, helped recruit others, was commissioned as a lieutenant colonel and left Syracuse with the unit, as second in command, on Sept.23, 1864.

The 185th joined the Army of the Potomac during its siege of Petersburg, Va. The regiment saw action there in skirmishes at Burgess Farm, Hatcher’s Run and Watkin’s Farm.  During this period, there was a change in command, and Sniper was promoted to lead the 185th for the rest of the war.

The regiment saw its heaviest action, suffering more than 200 casualties, at a place called Quaker Road on March 29, 1865, as Grant pressed Lee’s right flank.  During the battle, Union forces were initially being repulsed.  The commander of the 185th  brigade—Gen. Joshua Chamberlain, who gained fame at Little Round Top at the battle of Gettysburg—anxiously asked Colonel Sniper if his regiment could “save the day.”  Sniper replied it would try, and the 185th launched a counter-attack.

While carrying the regimental flag, the unit’s color-bearer, Benton H. Wilson, was wounded twice.  The sergeant of the color-company took over carrying the Stars & Stripes, but was killed in short order.  Another member of the color guard seized the flag, but was immediately shot in the hand.  Capt. Lathrop next grasped the colors, but was severely wounded in the foot.  At this juncture, Sniper seized the flag and shouted, “Men of the 185th, forward!”

They rallied, followed their colonel and the final advance was made, overrunning the Confederate position.  Lee soon had to abandon Petersburg and Richmond. Grant sent troops to pursue, including the 185th.

There was always a sincere measure of respect between members of the 185th and the former commander of their brigade, Chamberlain.  In June 1899, Chamberlain traveled to Baldwinsville from Maine to address a reunion of the 185th.  Chamberlain was famously be portrayed as one of the heroes of Gettysburg by actor Jeff Daniels in the 1993 movie based on Michael Shaara’s novel, The Killer Angels.

Further action for the 185th occurred at the critical Union victory at Five Forks and eventually near Appomattox Court House.  It was there, on April 9, 1865, just as Lee’s flag of truce to discuss surrender was being shown, that Lt. Hiram Clark of the 185th  became the last man killed in the Army of the Potomac when a rebel shell took his life.

Sniper and the 185th returned to Syracuse by train on June 3, 1865 and marched from the station in Vanderbilt Square to welcoming ceremonies in Hanover Square.  The tattered remains of the silk flag that Sniper used to rally his men rests at the Onondaga County Courthouse.

After the war, Sniper’s reputation as a leader and his popularity among the city’s German-American community propelled him into government service.  He served three terms in the state assembly, was elected county clerk and eventually a deputy collector of internal revenue. He also worked privately in the insurance business.

Sniper died unexpectedly in his North Side home, at 504 Prospect Ave., in 1894, just a few blocks from where his statue would be unveiled in 1905 – a civic project sponsored by local veterans and designed by Syracuse architect Charles E. Colton.

The exhibit, There’s No Place Like Home: A History of Immigration, the Great Migration and Refugee Resettlement in Onondaga County, can be viewed at the Onondaga Historical Association Museum, 321 Montgomery St., through Sunday.