Despite the death of Westcott Art Trail co-founder Lauren Ritchie, 69, who suffered a heart attack on Jan. 28, the annual event will go on as scheduled. The trail, which features 16 stops in the Westcott Nation neighborhood, takes place on Saturday, June 6, and Sunday, June 7. 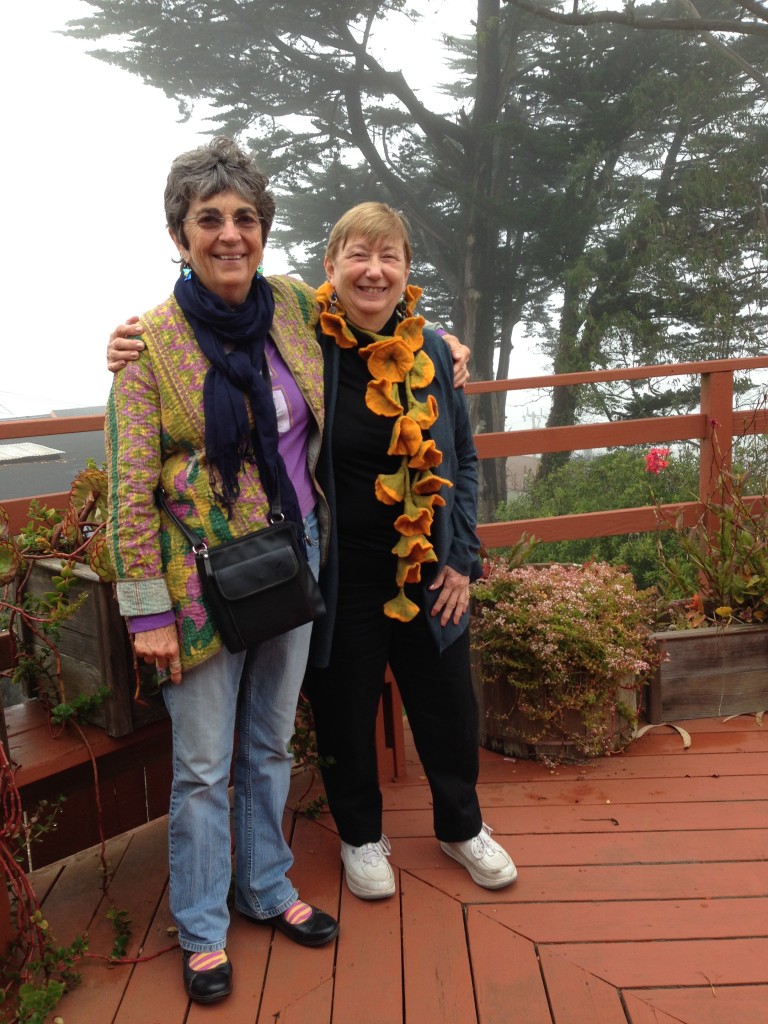 Candace Rhea and Ritchie, longtime potters as well as friends, created the trail in 2000. “It’s changed this year’s event emotionally and psychologically more than in any other way,” Rhea said of Ritchie’s passing. Rhea admits that Ritchie was the trail’s workaholic, something she didn’t appreciate until those duties were passed on to her.

This year’s event again features artists and their works in a walkable neighborhood setting. The trail attracts a mix of families with young kids and strollers, as well as older people from the suburbs, runners stopping by at the end of their run, and even community dog-walkers.

Fees for the artists’ works, which will be located in the yards of local residents, raise funds for the Westcott Community Center, located at the corner of Euclid Avenue and Westcott Street. “The more artists we recruit,” Rhea noted, “the more money we can make from them with the $60 fee.”

The trail is also funded through sponsorships from local organizations. Those funds are used for promotional materials, including yellow signs and flags on all homes participating in the trail.

The annual event typically raises from $3,000 to $4,000, according to Jennifer Walton, office manager for the Westcott Community Center. The money will be used to supplement funding for the center’s Kids Club after-school program and Golden Seniors program.

The remaining four art trail organizers are continuing the work begun by Ritchie. The group had their first organizational meeting a week before Ritchie’s death. Steve Susman, former Westcott Community Center executive director, noted that Ritchie’s passing “was a great loss both personally and to the neighborhood and to the community.”

Rhea, who knew Ritchie for 30 years, described her as vibrant, positive and outgoing, as well as a fan of bright socks and asymmetrical tops. “She was not a fancy person in any way,” Rhea recalled. “She was very down to earth. She did not have painted fingernails; potters have funky hands. She was kind and patient and encouraging, and I think that (the Westcott Art Trail) was her greatest public legacy.”

That legacy will be continued at her family’s driveway at 222 Buckingham Place. Ritchie’s husband, Bill Ritchie, has agreed to once again open his home to artists for the trail.

“It was always kind of a circus over there, a lot of loud activity all the time,” Rhea said. “There’ll be the same big number of people in Lauren’s driveway and going through her gardens.” 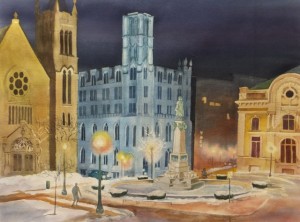 a painting by Judith Hand

The Ritchies’ backyard has flowers, Japanese maple trees and bushes, with little pools and sculptures amid the space. Ritchie worked on creating the garden for 35 years. Between gardening and pottery, she spent 60 hours each week. “She took evenings off but otherwise she worked almost constantly,” said Bill Ritchie.

Ritchie presented her art on planks in her backyard. Her husband has not yet decided if they will sell her art at this year’s trail, but it will be on display.

The work of more than 60 artists will be featured on the 2015 art trail. There will be repurposed metal art, works in silver, paintings, photography, felt pieces, handmade clothing and pottery.

“I do the best job I can do to get a diversity of art, and it’s a very high quality of art,” said Rhea. “There are no crochet toilet-paper holders, and that’s continued to surprise me.”

The trail is always prepared to go on no matter what the weather. Rhea remembered years when the temperatures forced her to go and buy an air conditioner for the event, while during other years it was 50 degrees and raining. “We go on, rain or sunshine or snow,” Rhea affirmed.

Along with promoting the artists, Rhea enjoys showcasing her neighborhood. Since 1970 she has lived in the Westcott Nation, with its mix of elaborate Victorian homes and bungalows. 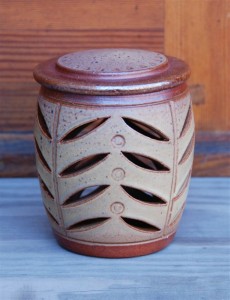 “I’m a big fan of city neighborhoods,” Rhea noted, “to see how vibrant and interesting and livable it is. I think the art trail will continue to grow and highlight where we live.”

Walton said, “After surviving a long winter it is so great to get out and walk around the Westcott neighborhood, taking in all that the artists have to offer. It is a great way to spend a weekend day and then go have dinner at one of the excellent restaurants in the neighborhood.”

There will be a memorial to honor Lauren Ritchie on June 13, 1 p.m., at May Memorial Unitarian Universalist Society, 3800 E. Genesee St. The family requests that if anyone owns a mug made by Ritchie that you bring it to the ceremony to drink coffee from. Donations in Ritchie’s honor can be made to the SALT Makerspace and the Westcott Community Center.