The closer it gets to wide release, the more choked up Vin Diesel is getting about Fast and Furious 7. It’s quite touching, the way the big guy is embracing cast, fans, and the memory of his co-star, Paul Walker.

The latest in Diesel’s heartfelt parade of public displays of affection, according to a Wednesday story by Nick Romano for Cinema Blend, came at an advanced screening of the movie in Los Angeles.

For more than a year, cast and production crew has fought back tears and worked with all its might to make up for the loss of Walker, who died in an off-work car accident while making the film in November, 2013. Most of his scenes had been shot, but some script work and cooperation from his brothers, Cody and Caleb, “filled in the gaps,” writes Romano.

Setting the scene, Monday night, LA … “After welcoming his third child with girlfriend Paloma Jimenez, Diesel made an appearance at the special event to introduce the film. Of course, he had to pay tribute to Walker, and the actor got choked up in remembering his longtime Fast and Furious co-star,” writes Romano. “The speech became even more emotional for the actor and the fans when he had to take a moment to gather himself. But the fans wouldn’t let him wallow in silence. ‘You’ve got family here, Vin,’ shouted one attendee in support.”

So Diesel told the crowd of how Walker, at premieres one through six, would always pull him away and declare, “Vin, the best one’s still in the can.”

Said Diesel to the crowd: “Well, I hope tonight that you let Pablo know that this, this is the best one for you guys.” 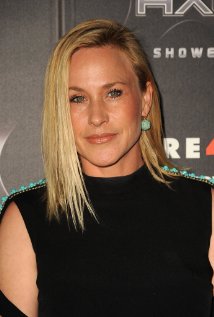 Patricia Arquette talked fast before the music swept her away while accepting her Oscar for best supporting actress in Boyhood, making sure to include her view that women everywhere deserved equal pay for equal work.

Hard to believe that some media folk quibbled that she should not have done that. Not the right place or time. I do not agree with those quibblers. In fact, I say, Hollywood is a good place to stress equal work, too, and then take on equal pay for it.

And so I was very happy to see the Cinema Blend story Wednesday by Eric Eisenberg picking his top 10 female comedians who should be starring in their own movies.

He loves Amy Schumer. Here’s why: “Her brand new film Trainwreck — which she also wrote — held a work in progress screening at SXSW this weekend, and the reaction to the movie was overwhelmingly positive, with a wide range of critics, including myself, praising both Schumer’s performance and the new voice she brings to the comedy landscape.”

Here’s who else needs to get a big movie and soon, according to Eisenberg, with his why’s.

That’s a bunch of talent right there, waiting for a break. Somebody could make a speech about it.