Michelle Obama appeared outfitted in a coat over a pant suit but nothing covering her head.

Last week, when President Barack Obama stopped in Saudi Arabia to pay his respects to the deceased King Abdullah, wags the world over went wild after first lady Michelle Obama appeared at the official welcoming ceremony outfitted in a flowing coat over her blue pant suit but nothing covering her head.

The men who run Saudi Arabia still require women to keep their heads wrapped up in a traditional headdress whenever they are seen in public. 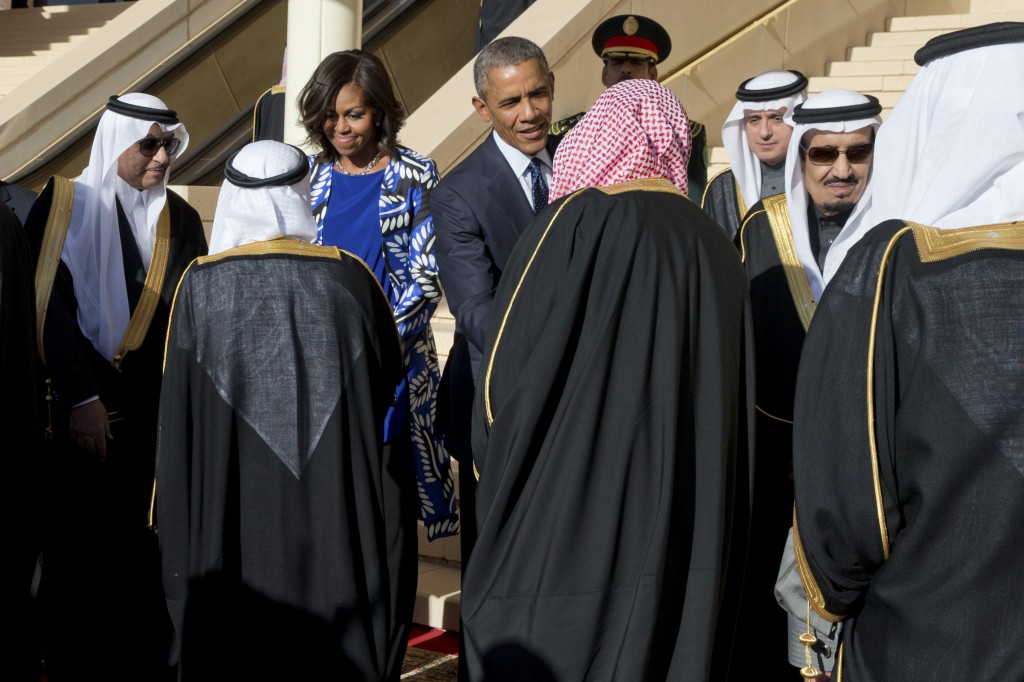 President Barack and first lady Michelle Obama with Saudi King Salman bin Abdul-Aziz Al Saud, right, after arriving in Riyadh, Saudi Arabia, Jan. 27, 2015. The first lady inspired blaring headlines and endless Internet chatter this week when she was photographed without headgear during the presidential visit to Riyadh, the capital of a conservative Muslim kingdom where women are compelled to cover their hair. (Stephen Crowley/The New York Times)

Michelle Obama’s decision was criticized by some as a diplomatic faux pas and praised by others as a statement on behalf of women’s rights.

There were lots of reasons for her not to cover up in Saudi Arabia. For starters, she has great hair. Then there is the possibility that she was making a statement that women shouldn’t be told by their rulers, especially unelected rulers, and most especially male rulers with a demonstrated lack of fashion sense, how to dress.

If the world’s most popular Obama was making a statement on behalf of women’s rights in Saudi Arabia, it would have been a bold move. Women in the petropatriarchal theocracy that sits on top of the world’s largest proven oil reserves are decidedly second-class citizens. They cannot vote (not that voting in the kingdom matters much for the men, either). They can’t drive. They can’t even go out of the house without a man’s permission.

And there’s this: The Saudi women, like most male Saudis, don’t seem to complain much. Most native Saudis are content to collect their share of their ruler’s oil largesse in exchange for silence.

The White House sidestepped suggestions that the first lady was making a statement, instead noting the she was following protocols set by her predecessors. Oh, yes, and did we mention that the sheiks are sitting on an ocean of oil? Every U.S. president going back to the Second World War has made a point of sucking up to the Saudi monsters.

But Obama’s hypocrisy stands out even among the long line of American leaders who have worshipped at the altar of Saud. As commander-in-chief of the war on beheadings, Obama’s choice to prominently pay homage to the throne shocks the sensibilities. In the post-9/11 world, we have all grown used to leaders justifying the alliances they draw us into on the basis of expediency, but surely Obama knows that when it comes to beheadings, the Saudis are the unrivalled champions of the Middle East. ISIS head choppers are amateurs compared to the Saudi executioners.

In a recent four-year period, the Saudis executed 345 people, every one of them in public, and the method of execution was beheading. That’s about the same number of beheadings carried out by ISIS in its terror campaign in Syria and Iraq.

In what turned out to be his last year on the throne, King Abdullah had 87 people executed — most for drug-related offenses, a few for religious crimes that included apostasy and sorcery, others for daring to voice opposition to the despots who rule them.

ISIS has earned the disgust of the world. Obama righteously denounced the hideous YouTube beheadings by ISIS as “pure evil.” Yet on the very day he paid his respects to the Saudi monarch, three men were beheaded in the kingdom of the man he chose to praise.

Given that the president couldn’t even be bothered to suggest to the Saudis that they stay their hand for even a day, it’s a sure bet the White House was happy to have all the attention focused on the first lady’s uncovered, intact head. 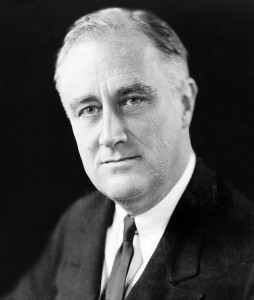 President Franklin Roosevelt was reported to have once said about his Central American ally, the Nicaraguan dictator Anastasio Somoza, “He’s a son of a bitch, but he’s our son of a bitch.”

At least Roosevelt gets points for honesty.

We can all understand why the U.S. has kissed the Saudi’s sandy posterior all these many years. But does the Department of Defense really have to sponsor an essay contest in his honor?

The king was barely in the ground when Gen. Martin Dempsey, chairman of the Joint Chiefs of Staff, announced that the National Defense University was creating “an important opportunity to honor the memory of the king, while also fostering scholarly research on the Arab-Muslim world.”

“I found the king to be a man of remarkable character and courage,” said Dempsey, according to a news release from the Pentagon.

The essay contest will allow students at the National Defense University to honor the king’s legacy by encouraging “strategic thinking and meaningful research on a crucial part of the world.”

And who can argue with that?