(LIVING SPACE) “When I came in here, I just fell in love with it.” — Michael Fraser

Michael Fraser was in the wrong place at the right time.

He was supposed to be meeting a real estate agent to see an apartment at 107 Green St., but instead he was was waiting in front of Hairanoia, a salon at 101 Green St. Michael DeSalvo, owner of Hairanoia, told Fraser he was in the wrong place but added that he had an apartment for rent on the second floor of the three-story yellow building that houses the salon and a wine store, [email protected]. 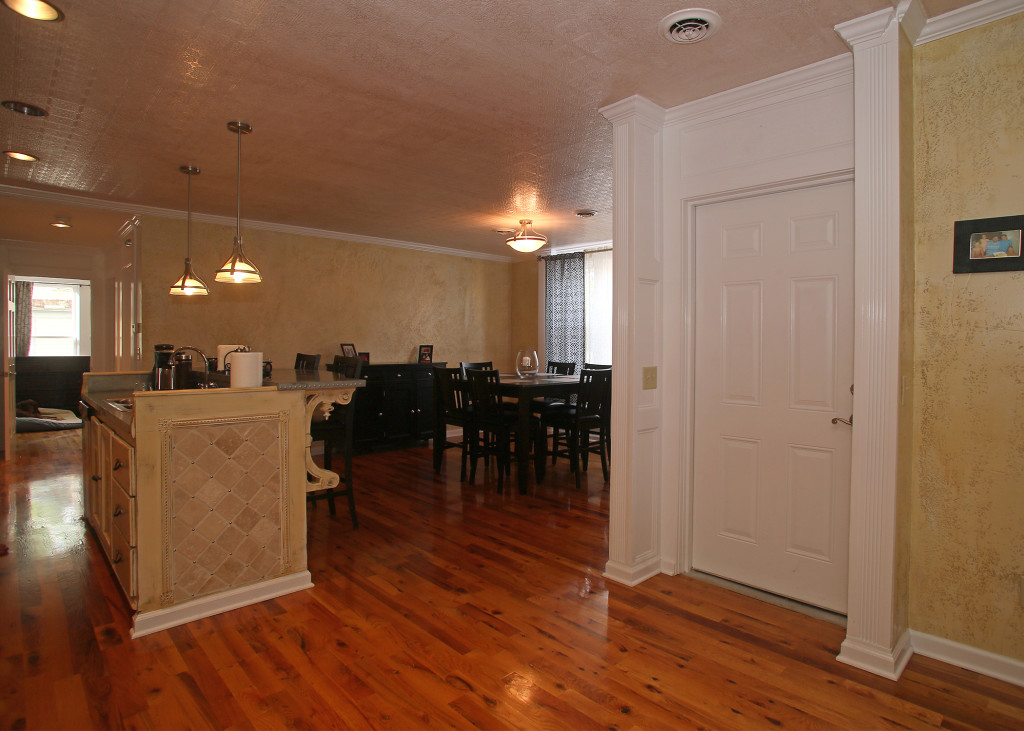 “We left it really open for entertaining,” DeSalvo said. “It’s a one bedroom, but it’s large enough to entertain in.”

“When I came in here, I just fell in love with it,” Fraser said.

The $1,200-a-month rent was more than Fraser, a Ph.D. student in education history at Syracuse University, planned to spend.

“But you only live once,” he said. “Every single person who comes here says this is the nicest apartment they’ve ever seen in Syracuse. Who puts travertine and marble in an apartment?” 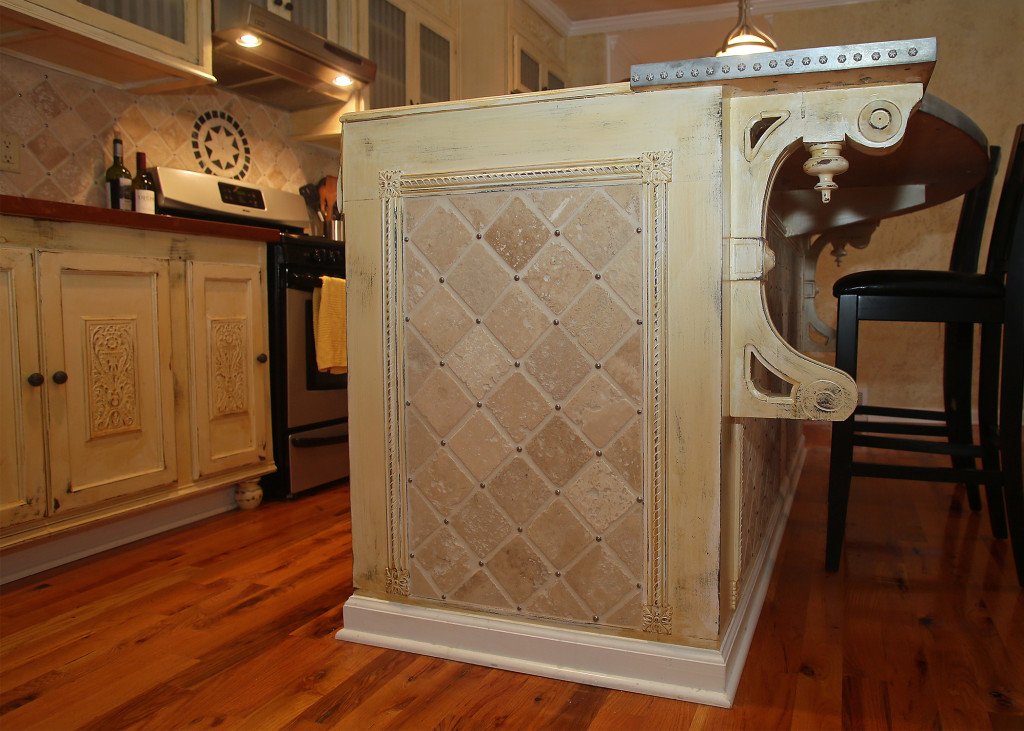 DeSalvo and his partner, Nickolas Orth, first built the ground-floor retail spaces before moving to the second floor and creating two apartments. Work on the apartments took a year.

“We had to gut to the studs,” DeSalvo said.

The apartment has new heating, air conditioning, plumbing, electric, insulation and sound-proofing.  A closet near the bedroom houses a large-capacity washer and dryer. The walls are finished in knockdown texture. The ceilings are covered in textured wallpaper, which was then varnished. 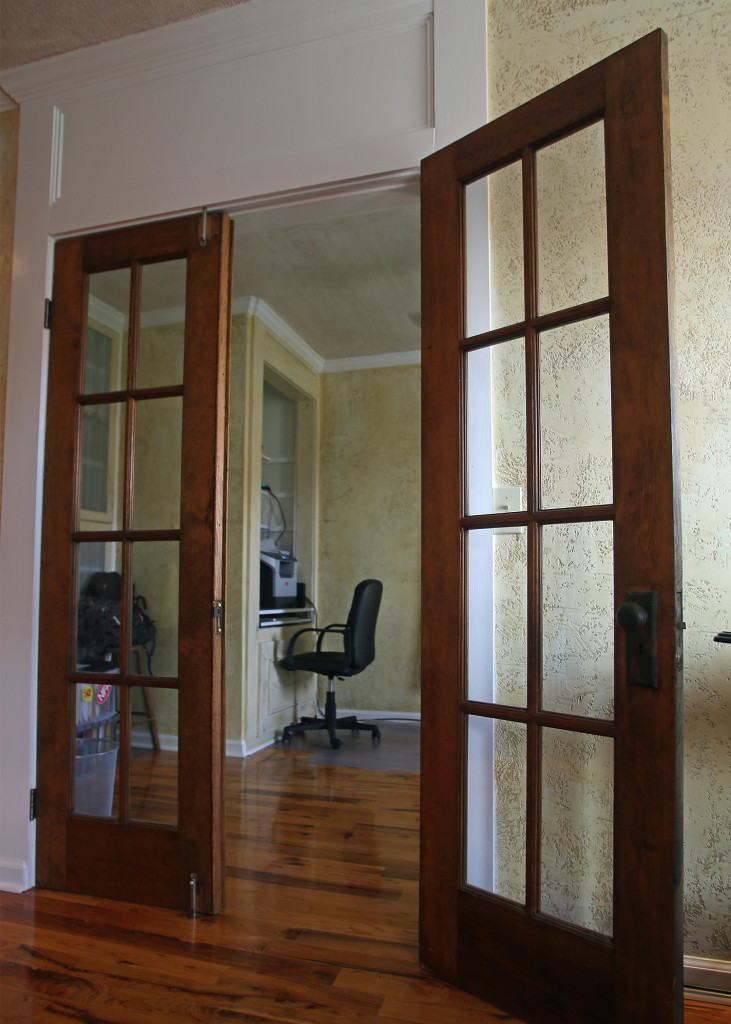 Many of the materials in the apartment were found on the street, including the kitchen cabinet doors and the French door separating the living room from the office.

One section of the kitchen counter is butcher block. Another is Carrera marble. The counter on the island is zinc, held up by brackets made from parts of an old piano. 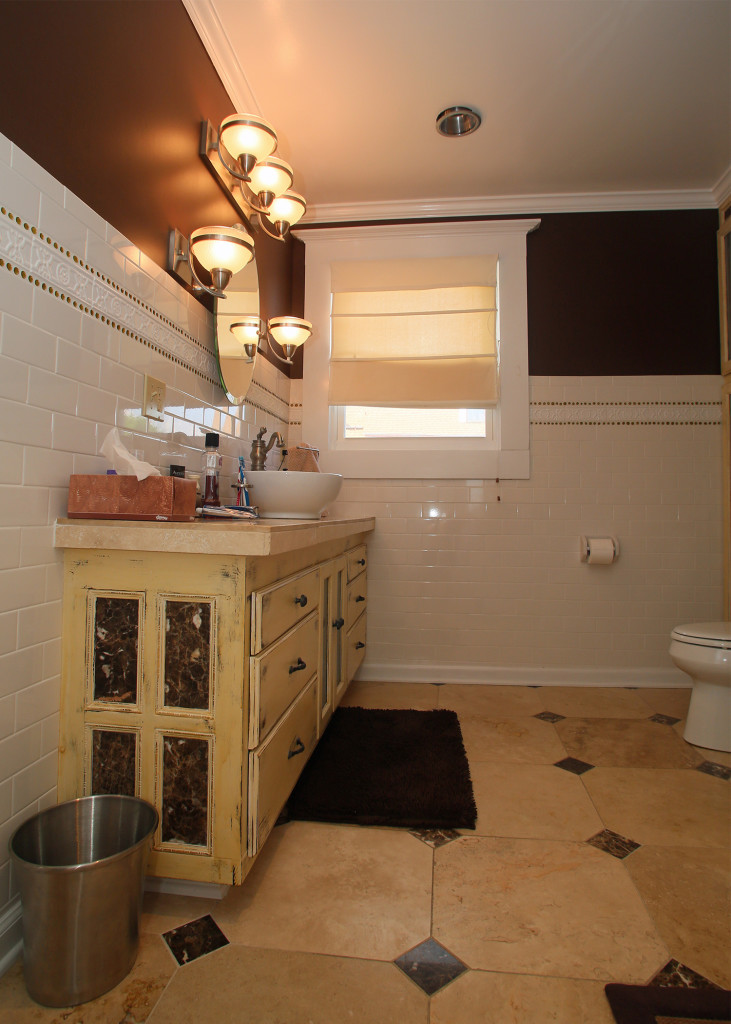 “You don’t have to spend a lot of money to make things creative and nice,” DeSalvo said.

The large bathroom has travertine floors and white subway tile on the walls and on the shower ceiling.

“People are busy. We chose surfaces with the intention of being easy to clean,” DeSalvo said.

“I feel blessed,” Fraser said. “It’s not just a great apartment but a great landlord.”

When in Rome, When at Home
Fútbol Fever
To Top