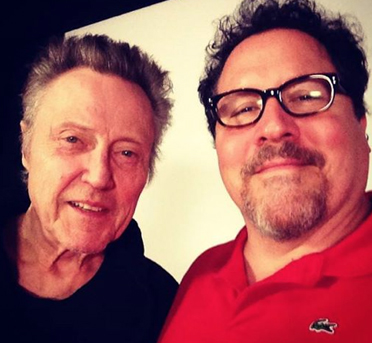 Jon Favreau is cooking up something pretty cool post-Chef.

He’s letting the world in on what’s going on during his directorship of the live-action make-up of the Disney classic The Jungle Book by putting selfies out on his Facebook page, reports Kristy Puchko on Cinema Blend.

The first big, smiling trio of faces she shares features Favreau at right, with Bill Murray at left and youngster Neel Sethi beaming the biggest of all. Writes Puchko: “While The Jungle Book will mark Neel Sethi’s feature film debut, the green child actor will be supported by a cast of storied stars, that include Bill Murray, Idris Elba, Ben Kingsley, Giancarlo Esposito, Lupita Nyong’o, Scarlett Johansson and Christopher Walken.” 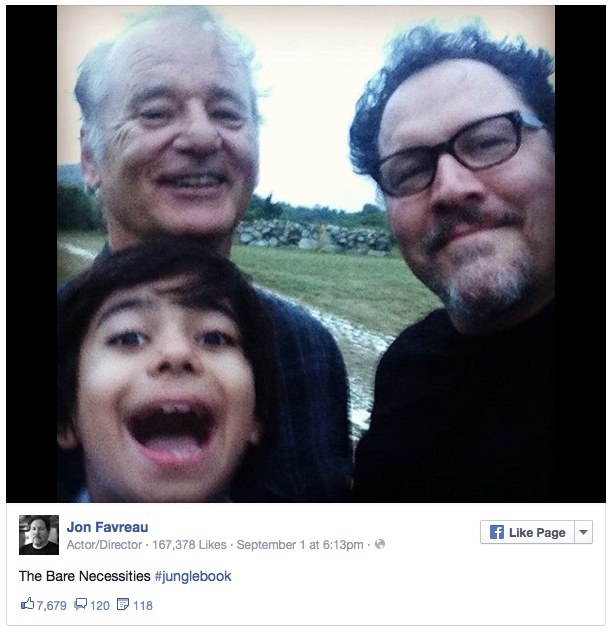 According to Puchko, Murray plays Baloo, New Yorker Sethi and his flyaway hair takes on Mowgli and Walken gets the role of King Louie.

A second selfie with the story features Faverau and Walken.

A Woman Superhero needs her own Marvel film 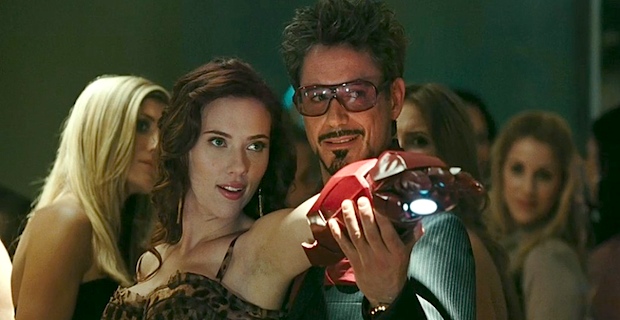 Guardians of the Galaxy was the latest movie to set money records for Marvel Studios.

Fans of the Marvel Cinematic Universe want more. According to a Screen Rant story by Molly Freeman, “one major criticism … is its lack of a female led movie.”

In this day and age, what are they waiting for? And they already have huge star Scarlett Johansson on board as Black Widow.

Marvel Studios president Kevin Feige says they’re too busy with current projects, according to Freeman, but they’re considering the possibility.

USA Today got to Robert Downey Jr., co-star with Johansson in Avengers: Age of Ultron, to ask him if he’d be on board with her getting a Black Widow movie of her own.

And he said, in a choice quote picked out by Freeman, “Doesn’t Scarlett deserve a break?” He pointed out that she’s becoming a mother soon. Actually, he says plenty more, adding that there are a lot of women who deserve, and could support, a superhero movie of their own, Johansson included.

Brosnan is not quite Bond, but The November Man keeps the action
Godzilla Only Got 11 Minutes
To Top