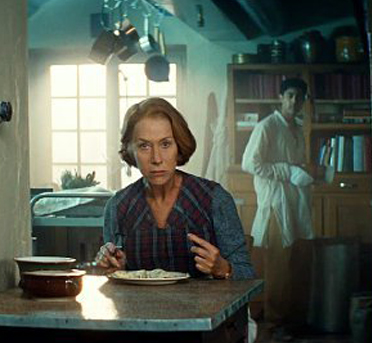 And it might not be between who you expect

There’s a lot more than the love of good food going on in The Hundred-Foot Journey.

Sure, the basic premise behind the romantic comedy produced by the iconic duo of Oprah Winfrey and Steven Spielberg is that an Indian family buys a restaurant immediately across the road from a French restaurant and turns the town upside down with its ethnic cuisine.

Son Hassan Kadam calls himself a cook, but he’s willing to put everything he learned in the family restaurant back home in Mumbai and the spices he brought in a suitcase from his dead mother to elevate good food and that stature.

When the Kadams careen into this French town in a vehicle with failed brakes, they’re treated kindly by sous chef Marguerite, who works for single-minded and surly Madame Mallory, owner of Le Saule Pleureur. Patriarch Papa spots the formerly failed restaurant directly across the street from Madame Mallory’s place, buys it for his brood, and the war is on between classic French food and spicy Indian food, cultures, traditions, and, most significantly, Papa and Madame.

Directed by Lasse Hallstrom from a screenplay by Steven Knight adapted from the book by Richard C. Morais, this film examines how barriers can seem impenetrable for days, weeks, months. And then …

Actually, young Hassan and Marguerite are taken by each other from the start. Played quite fetchingly by Manish Dayal and Charlotte Le Bon, the two twenty-somethings strike an easy peace as she gives him great books on good cooking and he demonstrates a fine eye for learning in a new environment.

Madame and Papa, on the other hand, find every which way to undermine the other place. Mallory has the wiles of a woman who already has one Michelin star to her credit, be it credited 30 years ago, before her husband died, and the aggressiveness of a restaurant owner who is going to get star No. 2. Papa has the knowledge from a successful restaurant run with his late wife back home in India before it burned down, and the drive to build another franchise to best serve his family.

Helen Mirren and Om Puri are fabulous as Mallory and Papa, both unfathomably proud and passionate and more alike than either admit.

Puri, by the way, is owner of the best schnoz in show biz since the late, great Walter Matthau. It’s big, bold and impressive. Om Puri’s nose deserves a credit of its own.

It takes a near tragedy to begin to melt the tension. One of Madame’s staff gets his friends to vandalize the wall outside Papa’s restaurant, and start a fire inside the grounds. She stands up to the culprit, and the Kadams find her in the rain, scrubbing the offensive words off their front wall.

There are many more ups and downs to come, some bitterness and plenty of sweet moments. It all led to claps at the finish from a fairly packed late afternoon Sunday crowd at Destiny USA.

Interestingly enough, the romantic chemistry between Mirren and Puri was far more tangible than that between Daval and Le Bon. They really knew how to simmer the stew.