Charity benefits the giver, too

THE END OF THE ROAD

My 1976 Volkswagen van broke down often. The rollaway roof leaked when it rained. In winter, the heater lightly puffed lukewarm air. I was barely able to shift because I drove swathed in blankets.

Occasionally, the engine wouldn’t start, and I had to crawl underneath the van with a screwdriver. The magic button was just in front of the passenger-side rear wheel. I’d stick the screwdriver into a mechanism that made the van do a little jump. After that, I could crawl back out and it would start.

Once, it jumped so much, it ran over a piece of my coat and pinned me.

But I loved that van. It was a pretty turquoise color with a white top and a stripe running around it. I bought it in 1983 for just under $2,000, the most money I had ever spent on a vehicle. 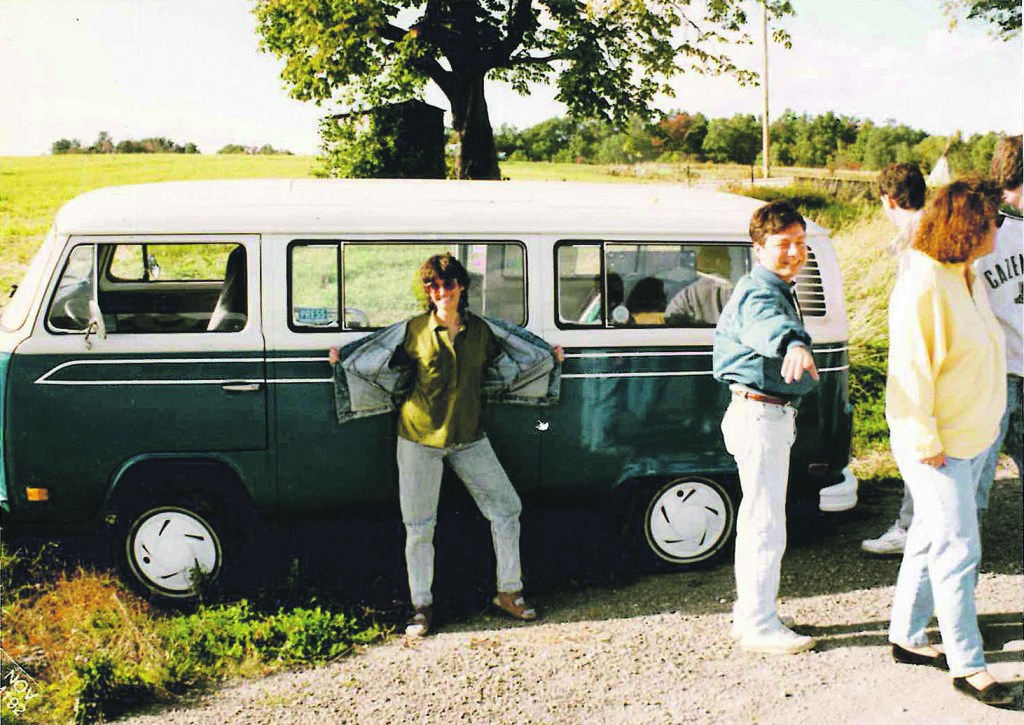 Toni Guidice stands in front of her 1976 VW van. When she sold it, she used the money to build a house for a family in Kenya.

In 1987, the van became my new family’s car: a life partner in the front seat next to me and two beautiful babies in the back. In my rearview mirror, I watched my daughters grow up. The girls giggled at the reactions of motorists who flashed peace signs and big grins. It was a thrill they never outgrew.
I thought we would have the van forever. I started making plans to give it an overhaul: new engine, new paint job, fix the roof. The engine went in and the body work was under way, but the restoration took years.

In the meantime, my life changed dramatically. First, a breakup. Then the emotional disentanglement, and a financial reality: After living a two-income life, I had to survive on one. Many of the material possessions that surrounded me had to go. It was a lonely and agonizing process.

I found my strength in a family halfway around the world. 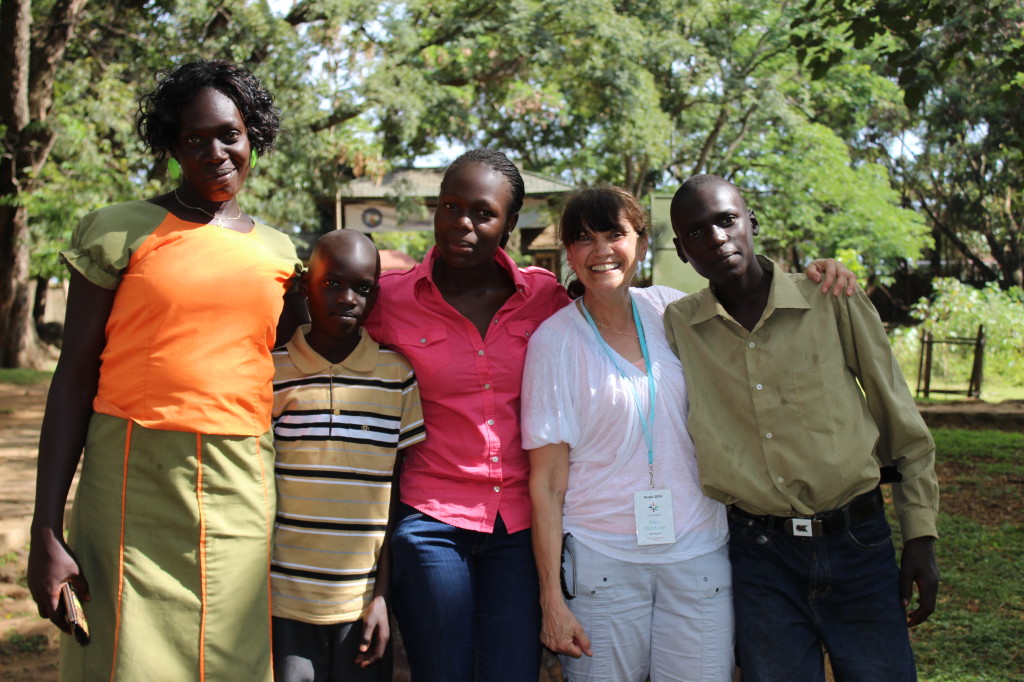 At a park in Kisumi, Kenya, and all dressed up are (from left) the mother, Margaret; a son, Kennedy; the daughter, Christine; the author, Toni Guidice; and a son, Felix. Photo by Toni Guidice

They were a Kenyan family of seven: a mother, a father who was disabled, four boys and one girl. They struggled each day to find enough to eat. All seven lived and slept in a one-room dirt-floor house. When it rained, the floor melted into a soupy mess.

As I sold my house and sorted through things, I kept my mind off my troubles by thinking of them and ways I could help. I first became connected to them when I sponsored Felix, the oldest boy. I also took on the girl, Christine. I sent an extra $15 a month so they could rent a decent living space.

My letters encouraged them to hope. They had no idea their letters did the same for me.

No matter how tight money was at home, I squeezed out what I could for my second family.

I called the sponsorship agency, Unbound, and asked about a permanent solution to the family’s problems. The woman in sponsor services said she would send an inquiry to Kenya and get back to me.

About this time, I came to the painful truth that I had to let go of the van. I was always having to put it in storage in the winter, and even in better weather, it was suitable only for light use. I owed the man doing the bodywork more than $2,000, and I would be lucky to put together enough money to pay him off.

When I called the fellow working on the van and told him of my plans to sell it, he said he was sure his nephew would be interested. Because it was his nephew, the mechanic would forget what I owed him.

The nephew offered $4,500. The offer floored me – I had just received a letter telling me that a piece of land and a house for my Kenyan family would cost exactly that.

I told the Kenyan family to start looking for the quarter-acre. But faced with the thought of permanently settling down, the family, members of the Lou (pronounced LOO) tribe, didn’t want to stay where they were. They said they were the only Lou in the immediate area and didn’t feel safe. They decided to move to tropical Kisumu, a city along the shore of Lake Victoria. Their maternal grandmother lived there, and the area was predominantly Lou. It’s the area where President Barack Obama’s father, also a Lou, lived.

Life moves slowly in Africa, and complications arose. The months stretched into years. I was still paying rent for the Kenyan family, and the house wasn’t built. I repeatedly called Unbound, seeking answers. Finally, an explanation: The house estimates were based on a stick house in the family’s previous location. In Kisumu, because of the prevalence of termites, the structure would have to be constructed with brick, and it would be costlier. 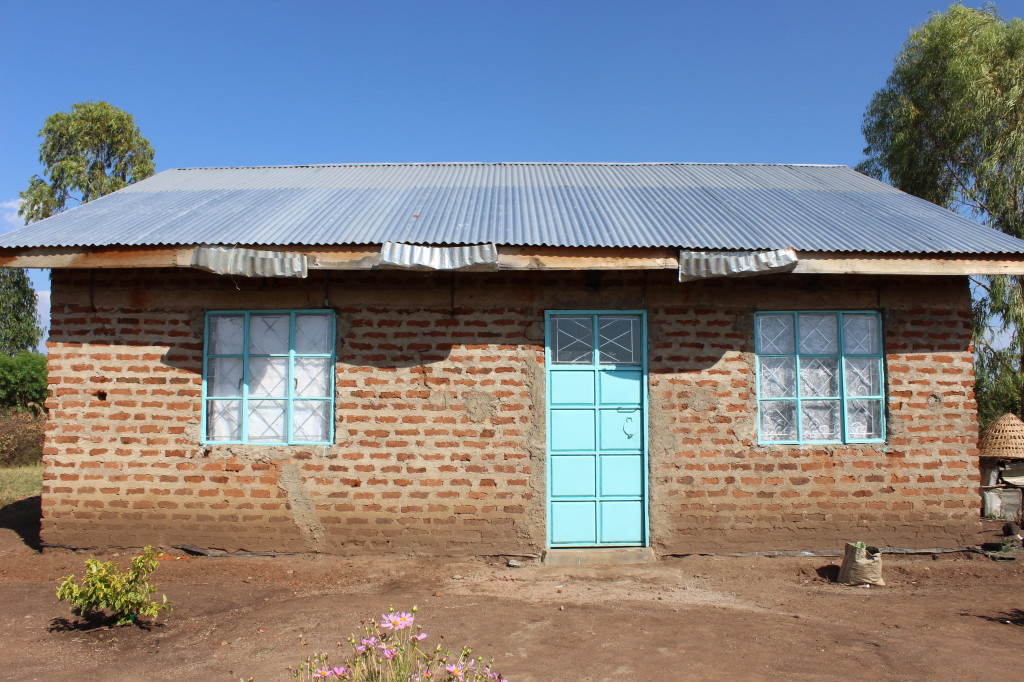 This house in Kenya has five rooms, one of which (the living room) is finished. Four rooms need the walls plastered, and three need cement floors. There is no plumbing, electricity, but the family is extremely proud of the house.

Pictures slowly trickled in. The land was purchased, and it was beautiful. Felix wrote that there were several mango trees on the property, and the soil was excellent for growing. Even though there was no structure yet, the family spent hours cultivating its new home site.

Construction finally began three years ago. And then a house photo arrived: The five-room home was up and it was indeed brick. But it had no roof or windows or door. The extra expense of building a brick home depleted the money. The mother, Margaret, was selling snacks door to door to raise money.

After all we had been through, I couldn’t sleep thinking about the structure. Soon it would be exposed to the downpours of the rainy season.
So again, I called Unbound and asked how much a roof would cost. Months later, the answer came: $1,500.

We had come this far. I knew the day-to-day business of survival in Kenya would mean it would be years before the family could raise that kind of money. I was vested in this. I took out a loan at work.

The roof went up; the family moved in. The money to put in the windows and doors was scraped together from every member of the family except the father, who by this time had to be institutionalized.

In February, I traveled to Kisumu to see the house, accompanied by two friends and several people from Unbound. A bus left us off at the road, and we walked a red clay path for about 15 minutes in the hot sun.

First Margaret, wearing her Sunday best and a huge smile, came into view. Behind her was the house.

Margaret and the children welcomed us with open arms. We took a tour and sat in the living room. They fed us mangoes from their trees. I brought gifts of my homemade mango-cinnamon jam and a wind chime. The Unbound staff produced a binder with invoices, the deed and an accounting of how every penny was spent.

There was no electricity, no plumbing, but to this family, the house was a palace. And hanging on the wall in the living room, in a place of honor, was a picture of me. 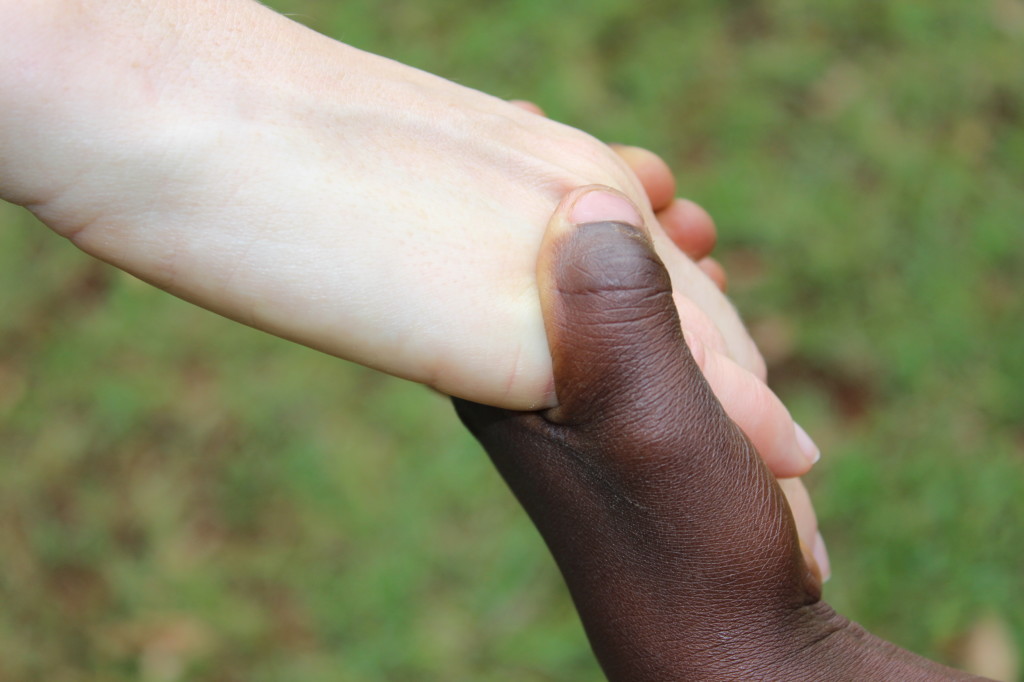 We gathered in the yard and planted two jacaranda trees in my honor. I so wanted to be eloquent during this magical encounter, but I was too humbled. The children each spoke about how much the house and my help meant to them. They tried to impress upon me what a profound effect I had made on their lives.

But they had no idea how much they had done for me. At a time when I was making a laundry list of my losses, they taught me to count my blessings. I will be eternally grateful to them.

When we said our goodbyes and started the walk back to the road, I turned around for one last look.