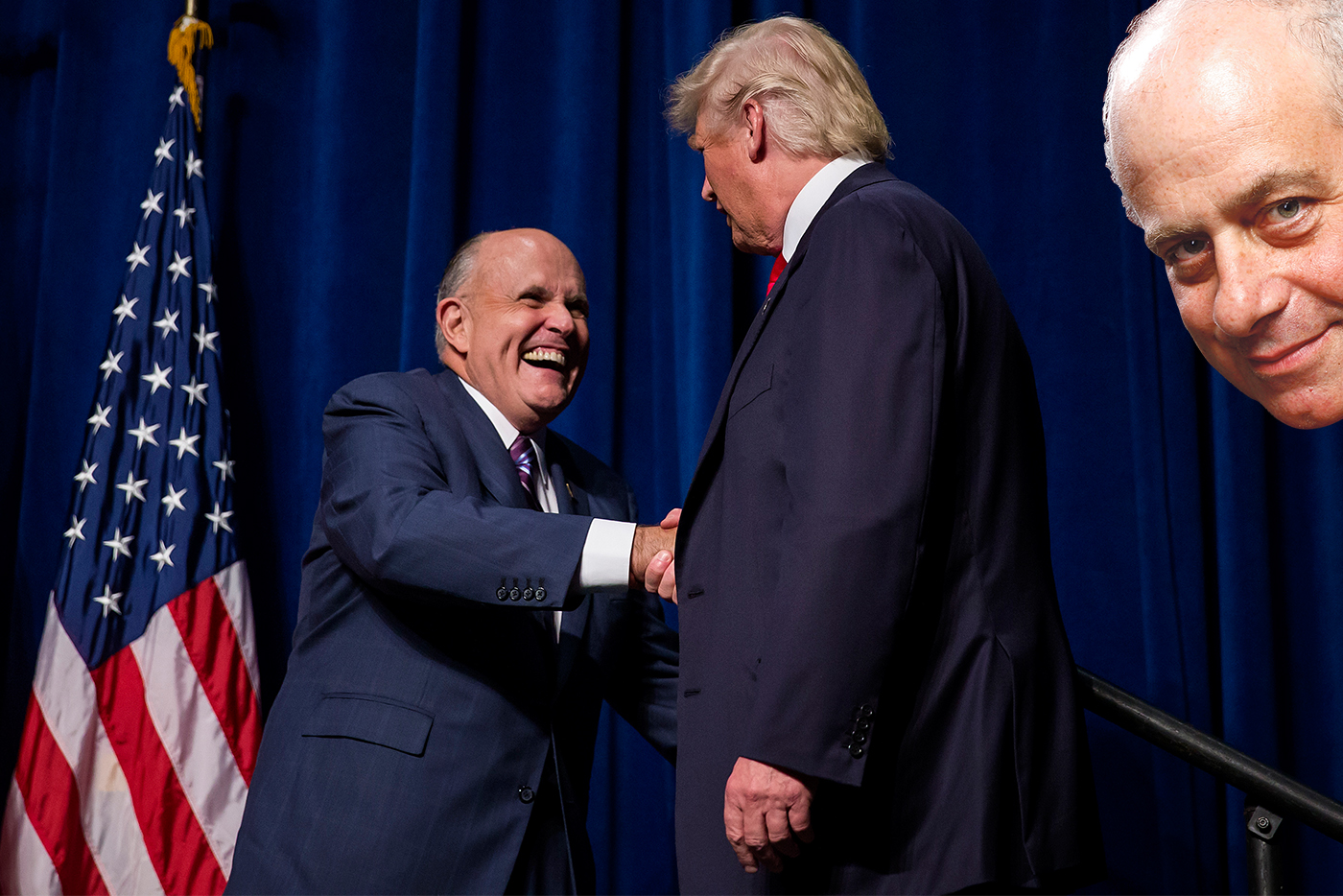 A peek at the first presidential cabinet meeting.

President Trump: Welcome to the Golden Corral, everyone. As you know, some of you lobbied for KFC, while others of you wanted Denny’s. Personally, I’m a KFC guy, but I thought I would try a compro … compro … what’s that word again?

President Trump: Got it, Sarah. Thanks. Love the low neckline, by the way. Very sexy. OK, let’s start with Ted. Anything pressing going on?

Ted Nugent, Homeland Security: I bagged an 8-point this morning in Dupont Circle. Crossbow. Sure looked like a terrorist to me.

Ivanka Trump, Commerce: Are you spelling comeback with a “u”?

Mike Ditka, Veterans Affairs: What’s with all the damn spelling? This is football, dammit.

Scott Baio: Can I touch your boobies?

Jerry Falwell: That’s a sin against God. Let us pray.

President Trump: Excuse me, are we missing someone? Secretary Christie? Yeah, you Big Boy. How about prying yourself away from the dessert bar and joining us?

Chris Christie, Transportation: Just give me a minute. Some jerk shut down the Chocolate Wonderfall with no warning.

Gary Busey, Agriculture: Our five to nine servings of vegetables per day?

Gary Busey: I’ll get right on that.

President Trump: And I’ll get right on Jenna.

Sarah Palin: What about me?

Chris Christie (from afar): I’m dipping the Oriental Pepper Beef in the Chocolate Wonderfall. This is awesome!

David Duke, Housing and Urban Affairs: Whatever happened to the White Chocolate Wunderfall?

Ted Nugent: It was a one-time promotion, I believe.

David Duke: You know what that is? That’s reverse racism.

President Trump: Mike, do you have anything to contribute?

Mike Pence, Vice President: Yes, Mr. President. Homosexuality is a sin against God. It says so in the Bible.

President Trump: Read. My. Lips. I. Don’t. Care. Hulk, what about you? What do you have?

President Trump: Works for me. Let’s move on.

Rudy Giuliani, State: China called. They have a response to your notification that we are shutting the door to their cheap exports and demanding they purchase large manufactured goods from us.

President Trump: What did they say?

Rudy Giuliani: They said to shove a spring roll up your ass.

Sarah Palin: That’s what I’m talkin’ about. I can see China from my Wal-Mart.

Ivanka: Maybe we should try diplomacy first. Do we have any ambassadors confirmed yet?

Mike Tyson, Labor: That boy is messed up.

President Trump: Maybe we should send you instead. Weren’t you just in China promoting boxing?

Mike Tyson: Sure, I’ll go. I’m all about conflict resolution.

Mike Ditka: You’re welcome. If God had wanted man to play soccer, he wouldn’t have given us arms.