The district has extended the application deadline until April 28.

There is still time for pupils to apply for kindergarten and first-grade classes beginning this fall at the Syracuse Latin Academy, a new concept school that the city school district is opening in September in the same building as Hughes Elementary School. The district has extended the application deadline until April 28.

“We are looking for kids who are creative, and have an aptitude for learning at a faster pace,” said Kelly Manard, the school’s principal.

Syracuse Latin Academy will be phased in over the next five years as Hughes shuts down. Hughes, along with Delaware Academy and Fowler High School, has been on the state’s list of poorly performing schools for three years, forcing the district to make dramatic changes to all three buildings.

Manard won’t say how the pupils’ applications will be evaluated, or how many pupils have already applied. According to Mike Henesey, a district representative, the deadline extension was an indication that the district had not received as many applications as they had hoped. The plan calls for the academy to start with three kindergarten and three first-grade classes and to add one grade each year after.

Manard is leaving the district office to open the academy. A Rochester native who studied at Ithaca College, Manard worked for 10 years in the Baltimore city schools before returning to Upstate New York in 2013.

She described the move from the district’s downtown office to the Jamesville Avenue school as a “once in a career opportunity to start a school from scratch.” The elementary school is part of a long-term plan to create Latin academies for middle and high school age students. She said the plan is modeled on other similarly named schools in Boston and Chicago. Manard and her staff have visited the Latin Academy of Chicago, a 125-year-old private school that offers K-12 classes. She is hoping to visit Boston Latin, a junior and senior high school that is part of the Boston public school system. 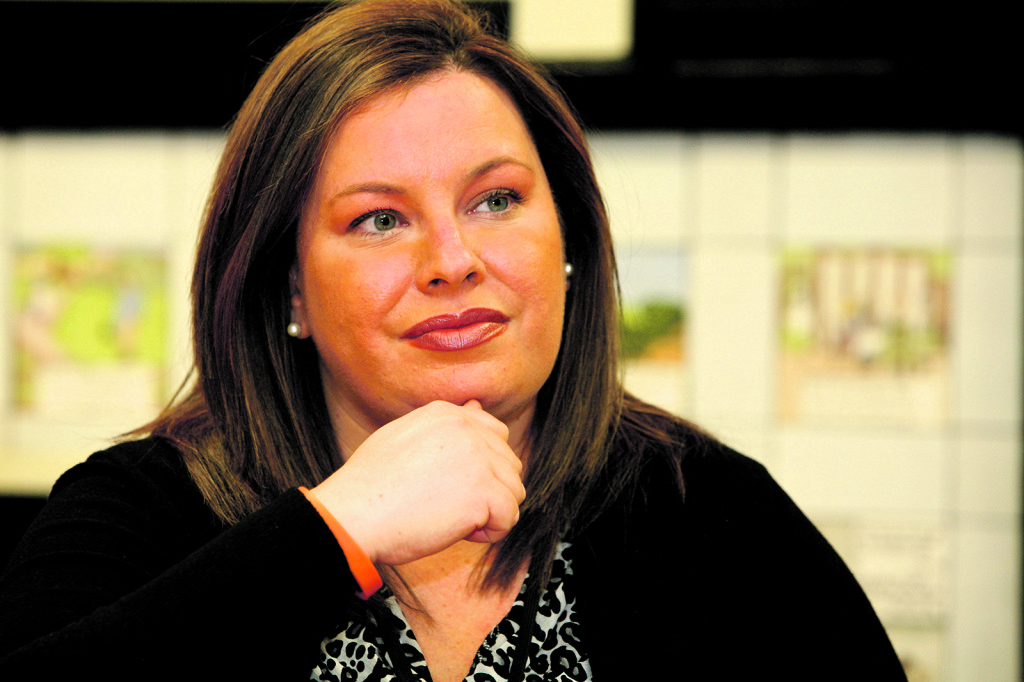 How will Syracuse Latin be different from other city elementary schools? Pupils will be there, she says, because they choose to be there, and teachers must all have certification to teach gifted and talented students.

But the teachers won’t need to know Latin. In fact, pupils won’t begin studying Latin until at least third grade. In first grade, they will learn Spanish. The term Latin school, Manard said, refers to an educational focus on liberal arts.

“Latin gives kids a deep knowledge and understanding of language,” she said. “We will be helping build vocabulary foundational skills. We are working toward college and career ready.”

But, insists Manard, the school is not a resurrection of the district’s gifted and talented program.

“It’s not the same as a gifted and talented program, but a special educational program with more in-depth projects,” she said. “The requirement that teachers have their GTC (gifted and talented) certificate is to help our teachers learn strategies that will foster a desire for kids to take a deep dive into particular subject areas. … It’s an educational option we haven’t been able to offer before. We will have really high academic and behavioral expectations, but we will provide any and all support that any student might need.”

So what kind of pupil are the screeners looking for when they go through the applications? She wouldn’t say.

“We are not releasing any information on the assessment process. Assessors will be looking for lots of different things, so we have a school that represents all of Syracuse,” she said.

This is not the first time Hughes has been the site of an educational innovation. In the mid-1990s, the school was renovated and became a K-8 building with Spanish language instruction beginning in kindergarten. It was also known for its dedication to inclusive classrooms.

To learn more about applying to Syracuse Latin Academy, call the district at 435-5844. Applications are available through the district website HERE.

Interview: Judge Joseph Fahey
A relationship worth the risk
To Top