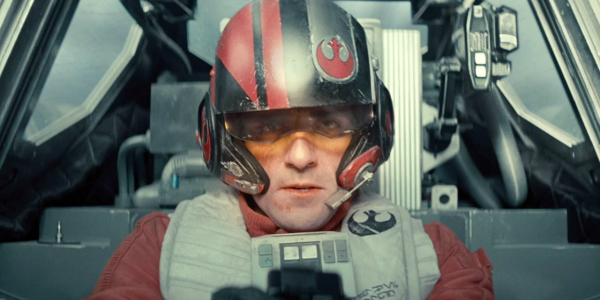 Joseph Baxter wrote a spoiler for Cinema Blend on Wednesday. It was a speculative spoiler, but it surely sounded grounded in knowledge:

“It’s pretty much conventional knowledge at this point that the upcoming sequel, Star Wars Episode VII: The Force Awakens, will be a cinematic extravaganza where the torch is passed from the returning Original Trilogy cast to the new players. However, the exact way in which that torch does make its cross-generational movement is something that could potentially wreck the childhoods of a lot of grown men. Yes, as the latest rumor indicates, it looks like a pivotal sacrifice will be demanded and someone we’ve known and loved for a long time will end up ‘being one with The Force.’ Well, as sad as it potentially sounds, we think it NEEDS to happen.”

Cue the death music, perhaps not so bright and cheery from the mind of John Williams.

Stop reading if you don’t want to venture into the guessing game.

Here the reporter quotes two old interviews of Harrison Ford, the first from the 2004 documentary Empire of Dream: “I thought Han Solo should die. I thought he ought to sacrifice himself for [Luke and Leia]. He’s got no mama. He’s got no papa. He’s got no future. He has no story responsibilities at this point. So let’s allow him to commit self-sacrifice.”

The second is from an interview with ABC News in 2010: “I don’t think there’s a way to weave him back into the story and besides which, as a character, he was not so interesting. I thought he should have died in the last one, just to give it some bottom, some gravitas.”

Han Solo will still be alive when the seventh episode of the franchise opens on Dec. 18.

A role with sole for Adam Sandler

Adam Sandler plays a shoe maker in The Cobbler.

He’s a guy who takes the old saying about not judging somebody until you walk a mile in their shoes a tad far, wrote James White for Empire, in a story announcing that a second trailer for the movie directed and written by Thomas McCarthy, is out.

Wrote White Wednesday: “What sounds at first like it could be a typically broad high-concept Sandler comedy actually appears to be something sitting between that and McCarthy’s more nuanced, down to earth style. Sandler is Max Simkin, a fourth-generation shoe repair expert who discovers a seemingly magical device in the back of his father’s shop that allows him to take on the form of others. Seeing a chance to experience a world that is largely passing him by as he works at a declining business, he’s soon experiencing life as a dashing dude (Dan Stevens) with a beautiful girlfriend, a criminal (Method Man) and, from the looks of this, even his father (Dustin Hoffman).”

Get ready and get set, because The Cobblercomes out to play on March 13.

The Bond between heroes and villains lifts ‘Kingsmen: The Secret Service’
Run fast to see ‘McFarland, USA’
To Top