The discussion centered around using social media to assist veterans.

Last Thursday was the monthly Social Media Breakfast Syracuse (#SMBSyr) held at the Whitman School of Management on the SU campus entitled: Social Media and Veterans. Attendees were met with coffee and donuts at the door and then entered a very modern, technologically equipped auditorium.

It was the first #SMBSyr held as a “chat” on Google+. Several listeners were tweeting from their homes in pajamas, while several of the presenters also joined in from their prospective distant posts. 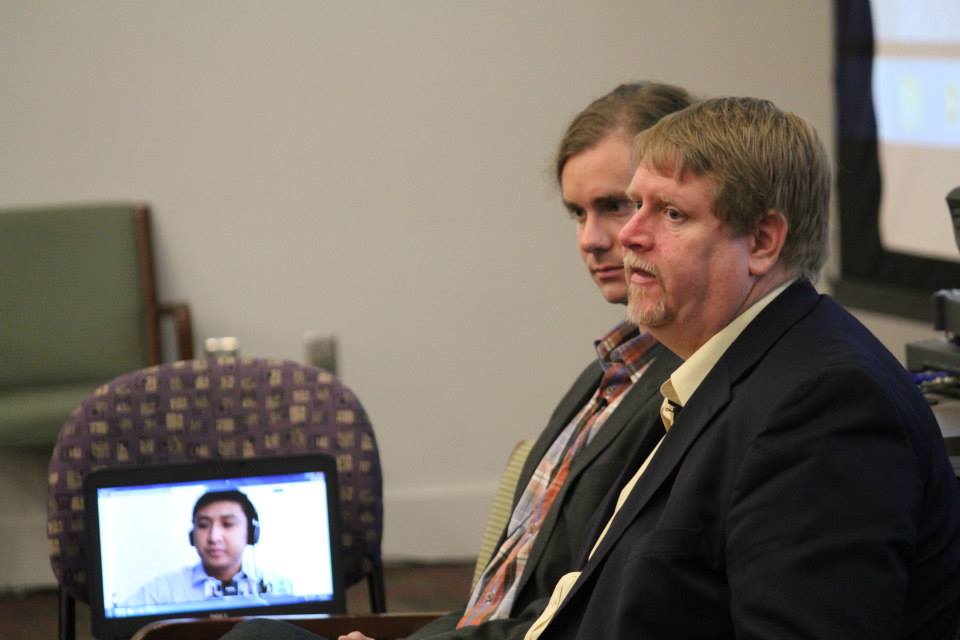 The discussion centered around using social media to assist veterans. Some of the speakers were veterans themselves working to help veterans since they themselves had “been there” and “done that.”

Moderating was Air Force veteran James Schmeling, managing director and co-founder of the Institute for Veterans and Military Families at Syracuse University along with panelists Alex Horton, Army veteran, freelance writer, and former public affairs specialist with the U.S. Department of Veterans Affairs; Lauren Jenkins, VP of ScoutComms; Aubrey Arcangel, Army veteran and social media manager for Hirepurpose, an online career company for military families to transition into civilian life; and Andrew Miller, Army veteran and deputy director of Clear Path for Veterans – an all-star cast so to speak.

The panelists discussed the ways their organizations help veterans make the transition to civilian life and sustain a healthy environment of support.

“Most of the veterans who commit suicide are outside the VA system,” said Horton.

“A lot of veterans are on Facebook primarily for entertainment,” said Arcangel, “Many are not active job seekers.”

Jenkins uses social media to spur outside social activity with service men and women. “Offline engagement is important,” she said, “Meeting for coffee, talking on the phone, Happy Hours – these are important to really connect with them.”

“We talk to veterans and tell them, ‘Well, there aren’t many jobs out there in the civilian world for sharpshoot expert,’” said Arcangel, “We help them find new opportunities and use direct feedback through Facebook, Twitter, and Google+.”

“Social media is a brilliant tool for helping veteran service organizations reach their demographic, and vice versa,” said Miller, “It’s important to remember this tool is like any other – you’ve got to use it in the right place, with the right audience. You might be wasting everyone’s time if you’re saying the right things on the wrong platform. It’s even more important to understand that organizations performing good work for veterans are not in competition with each other. This is not a zero-sum game; partnerships and networking are essential. Too many veterans miss opportunities because the tables at the VA or the Vet Center are covered end-to-end in brochures. There’s no way to tell which is a good fit in any reasonable amount of time. If your organization seeks to help veterans, talk to other organizations and see where you fit in. Gain trust, and use social media to spread that message.”

Andrew Miller served as a Captain in the U.S. Army and served on 2 deployments to Afghanistan, each a year long. He was an Artillery Platoon Leader, Fire Support Officer, and a Military Intelligence Officer

“Social media is a great tool to reach veterans and for veterans to reach each other,” said Jenkins, “For organizations and companies looking to capitalize on that fact, it’s important to understand the veterans community and how to talk to them, not at them. Listen as much as you engage.” 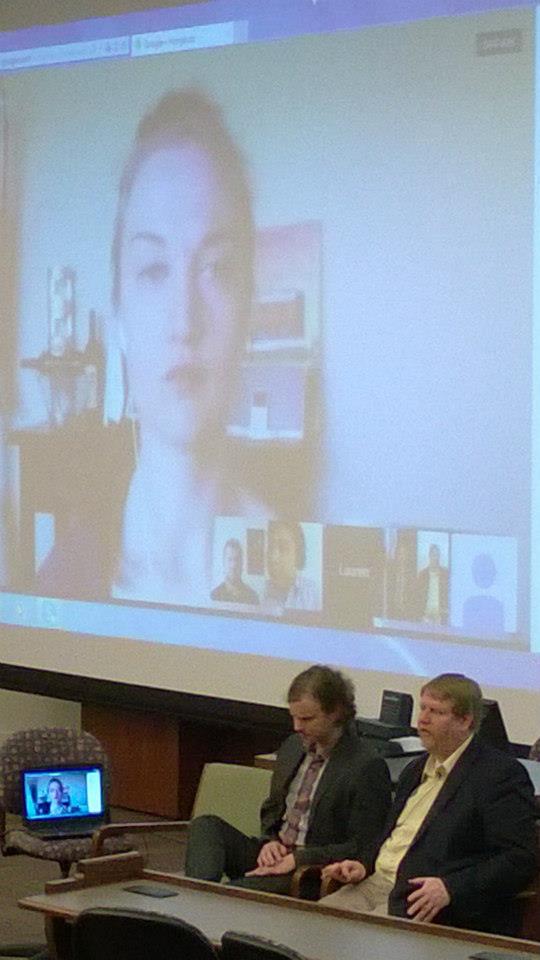 “This was a terrific conversation on a topic that’s important to a very large audience—veterans and transitioning service members,” commented Kevin Morrow, co-founder and lead organizer of the Social Media Breakfast Syracuse events, “Facebook, Twitter, YouTube and other platforms have become increasingly important tools for interacting with this ever-growing community.”

“This was our first venture into using the G+ Hangout/YouTube combo for an SMB Syracuse program, thanks to the tech support provided by the IVMF,” said Morrow, a communications professional at Syracuse University, “We’d like to do more of these as part of or in addition to our regular in-person programs. It opens up all sorts of opportunities to include out-of-town voices.”

Jenkins, who was connected via the remote G+ connection, joked at the end of the conference, “We should do this more often guys – let’s hang out.”

The audience chuckled as they headed out to work, grabbing extra donuts for the road.

What’s Up In Tech
Heartbleed: When the Internet Was Naked
To Top