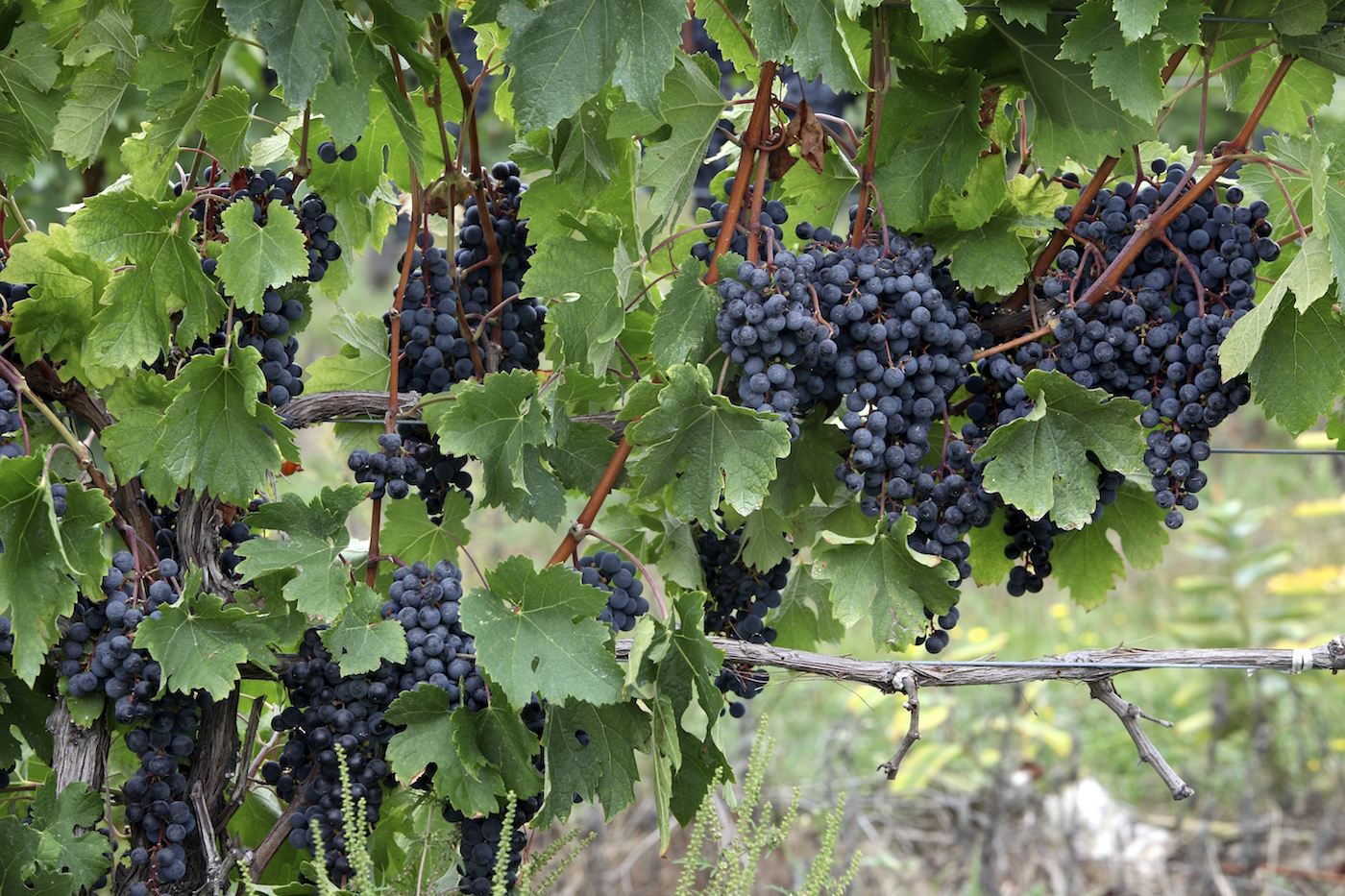 It’s fall: prime time to visit the Finger Lakes wineries and wine trails. Autumn brings throngs of visitors to the region, for leaf-peeping in a picture-perfect setting, and for the wine. The narrow roads can be crowded with buses and limos, as tasting rooms can quickly become packed with partiers.

Are you interested in a more personal wine-tasting experience, away from the maddening crowds? Here are some smaller wineries to have on your list.

Boundary Breaks Vineyard. (1568 Porter Covert Road, Lodi. (917) 885-6682, boundarybreaks.com). Boundary Breaks is all about Riesling, small batches of single-vineyard and single-clone Rieslings. Why? The region is ideal for cool-climate wines like Rieslings. And “because we want to do one thing and do it really well,” explains Bruce Murray, a Syracuse native who owns the vineyard with his partner, Diana Wright. There is also a Gewurztraminer on the tasting list and a red wine is coming in 2017.

Until recently, you had to make an appointment to sample what Boundary Breaks has to offer, but a tasting room was added earlier this year. It’s bright and spacious, with a beautiful view of Seneca Lake. The winery is a bit off the beaten path, near Lodi, in the “Banana Belt” of the Finger Lakes. If you like Riesling and want to learn more about Riesling, Boundary Breaks is a must-stop. It’s open daily, 11 a.m. to 5 p.m.; buses and limos by appointment only. 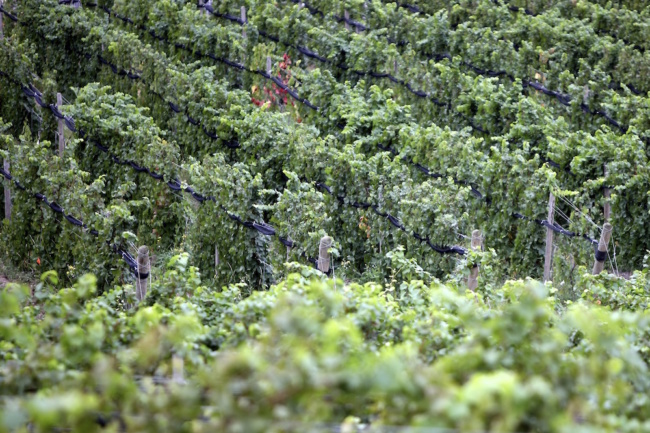 Heart & Hands Wine Company. (4162 State Route 90, Union Springs; heartandhandswine.com). Heart & Hands, on the east shore of Cayuga Lake, near Aurora, focuses on cool-climate, food-friendly wines: Rieslings and Pinot Noir, exclusively. Several tasting flights are available, including a Riesling-only flight, a Pinot Noir-only flight and a flight that mixes some of each.

The tasting room is small and intimate and the staff is well trained and super-informative. Tasting room hours are Fridays through Sundays, noon to 5 p.m. Due to the room’s size, groups larger than six cannot be accommodated during regular business hours. To schedule an appointment, call 889-8500.

Barry Family Cellars. (3821 Main St., Burdett; barryfamilywines.com). This small winery was founded by father-and-son team Ken and Ian Barry in 2011 and released its first wines in 2014. Ian Barry worked in Oregon, Washington and the Hudson Valley before arriving in the Finger Lakes, where he worked for several of the region’s larger wineries for more than a decade before launching his own micro-winery.

Barry Family Cellars partners with local growers and specializes in small-batch vinifera wines, including Riesling, Chardonnay and Gewürztraminer. You can taste them at the newly opened Barry Family Cellars tasting room in Burdett, on the east side of Seneca Lake. Autumn hours are Wednesdays through Sundays, 11 a.m. to 6 p.m. Groups should call (607) 569-2352 or email [email protected] to schedule a visit.

Kemmeter Wines. (1030 Larzelere Road, Penn Yan; kemmeterwines.com). German-born grape grower and winemaker Johannes Reinhardt realized his dream of owning a boutique winery when he opened Kemmeter Wines, on the west side of Seneca Lake, in 2013. Reinhardt, the former head winemaker at Anthony Road Wine Company (across the road), makes a limited amount of Rieslings and offers private tastings, by appointment only, for up to six people at a time. Tastings are conducted by Reinhardt and his wife, Imelda. “Amazing wines and amazing experience,’’ says one recent online review. “Go visit Johannes!” To make an appointment, call or text 521-3897 or email [email protected]

Ravines is noted for its Rieslings, Chardonnay, Pinot Noir, Cabernet Franc and Provencal-style dry Rose. Wine tastings are available in two locations: at the original tasting room on Keuka Lake and on Seneca Lake near Geneva, which is home to Ravines’ production facility. Reservations are required for groups of eight or more. Call (607) 292-7007 (Keuka) or 781-7007 (Seneca) for information.

Shaw Vineyards. (3901 Route 14, Himrod; (607) 243-7000, shawvineyard.com). Serious wine enthusiasts, this is a place to have on your radar. The tasting room on the west side of Seneca Lake is small and rustic and you’ll get lots of personal attention. Shaw specializes in dry wines, both white and red, made in small batches, including Chardonnay, Riesling, Sauvignon Blanc, Cabernet Franc, Pinot Noir and Cabernet Sauvignon.

It’s the only winery in the Finger Lakes to offer Vin L’Orange, or orange wine. It’s not made with oranges; the name refers to the technique used to make it. The grape juice has extended contact with the grape skins and seeds, which results in orange-colored wine. Shaw is open daily, 11 a.m. to 5 p.m., during autumn. Buses and limos must make an appointment.

Point of the Bluff Vineyards. (10489 County Road 76, Pulteney; (607) 332-3060, pointofthebluffvineyards.com). This relative newcomer, high above Keuka Lake on the west side, boasts a great view of the bluff (the peninsula that separates the east and west branches of Y-shaped Keuka), a gorgeous tasting room and a small but growing selection of hand-crafted wines, including two Rieslings, an un-oaked Chardonnay, dry Rose of Cabernet Franc and ice wine. The winery is open Sundays, Mondays and Thursdays through Saturdays during the fall season. Groups should phone in advance.

Standing Stone Vineyards. (9934 Route 414, Hector; (607) 582-6051, standingstonewines.com). Interested in something unique? Standing Stone is one of the few wineries in the region (along with McGregor Vineyard, on Keuka Lake) to offer Saperavi, a dark, inky red wine that has its origins in another cool climate, the Republic of Georgia. Some say the wine is similar to Chianti. It pairs well with lamb, pork, eggplant, grilled vegetables and curries.

Standing Stone’s lineup includes white and red wines that are mostly on the dry side: Riesling, Chardonnay, Gewürztraminer, Cabernet Sauvignon. The winery is on the east side of Seneca Lake, at a farm originally planted by Gold Seal Vineyards. It’s open daily. Groups of eight or more must make reservations in advance.