For HeeRak Kang, a visit to the new Tous les Jours cafe and bake shop on Erie Boulevard is a taste of home.

Kang is a native of Seoul, South Korea, and a third-year medical student at Upstate Medical University. He and his wife, Ashley Kang, live in Camillus with their two young children. He loves the look and ambiance of the place: the aroma of coffee, butter and sugar, the tempting display of sweet and savory breads, buns, cakes, croissants and other baked goods in clear cases, the staff in their checked uniforms.

“I told my wife, when I walked in there, I thought I was back in Korea,” Kang says. “It’s how bakeries look in Seoul.” 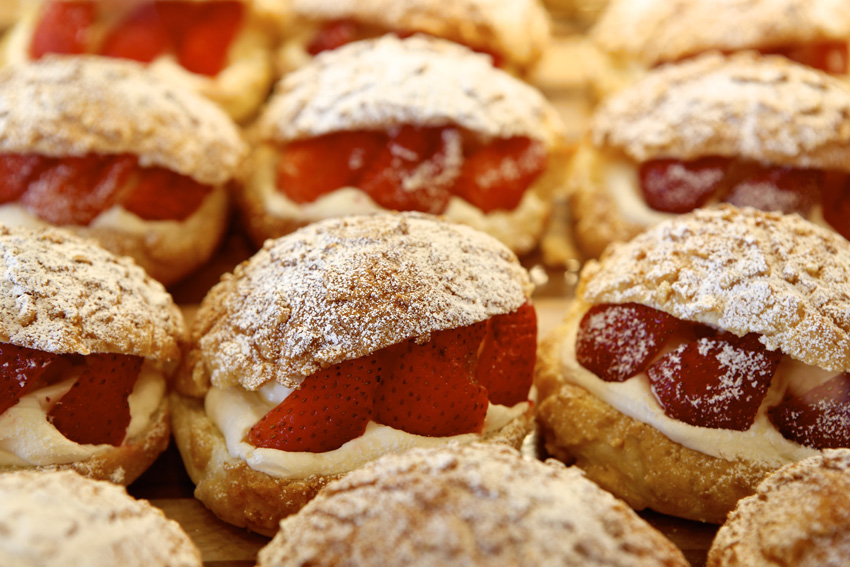 Tous les Jours is a French-Asian Bakery, which began in South Korea and entered the U.S. market in 2004, according to its website. Tous les Jours means “everyday,” but the bakery goods the chain specializes in aren’t everyday fare in Syracuse. You won’t find chocolate chip cookies and half-moon cookies.

You will find many items with French flair (baguettes, brioche, croissants, macarons, cakes and other pastries) as well as items with Asian influences (green tea cakes and muffins, breads and buns filled with red bean paste, savory buns filled with kimchi). Also on the menu: packaged sandwiches and shaved ice.

The Syracuse franchise is owned by Jong Hee Han, who also owns Han’s Oriental Grocery and Secret Garden restaurant on Erie Boulevard and Sakana Ya in Armory Square. It’s clean, bright and contemporary, with seating for a couple dozen people.

Walk in the door and you’ll find wooden trays and tongs. Line your tray with paper or a box, stroll among the display cases to make your selections (and possibly find some samples) and take your tray to the counter, where you can also order coffee, espresso drinks, bubble tea and smoothies or get your bakery items packaged to go. 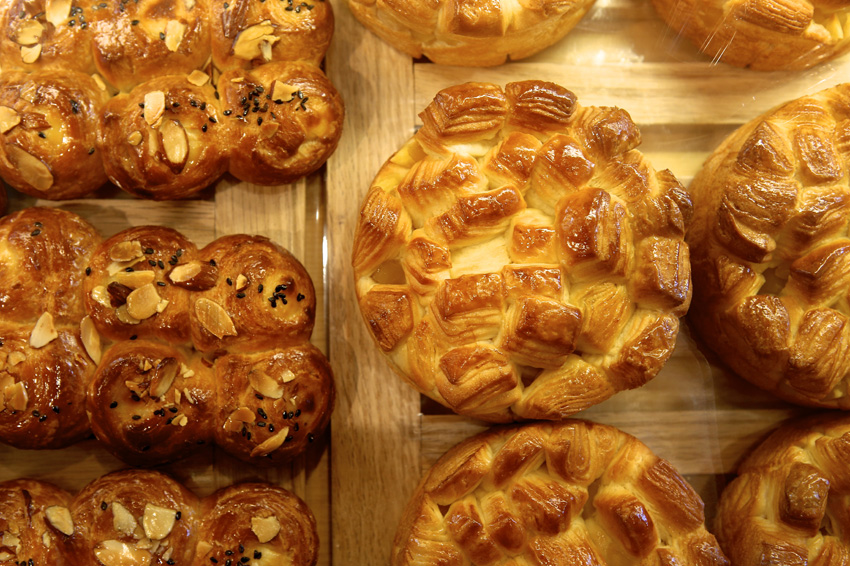 Kang says he is drawn to “classic” Korean bakery items, like the loaves of bread filled with red bean paste, elegant cream cakes topped with fresh fruit, and the castella, a type of spongecake that’s packaged and sold in long boxes.

He says Tous les Jours bakery is well known in the Asian community, in the same way a chain like Panera is recognized by Americans. It’s familiar and comforting to him. “It’s great we have this in Syracuse now,” Kang says.