Salvation Army has served Syracuse since 1883

At 11 a.m. Sunday, Nov. 24, a handful of people were straggling into the small Salvation Army chapel on Salina Street. It was 20 degrees, and city streets bore the icy mess of the season’s first real snowfall. It was a good morning to stay home, where it was warm and dry. But by the time the service began–about a half-hour late–more than 60 people, many with infants or young children, were on hand for music, worship and witness. The crowd had grown to more than 75 by the time the high-energy worship ended more than 90 minutes later. 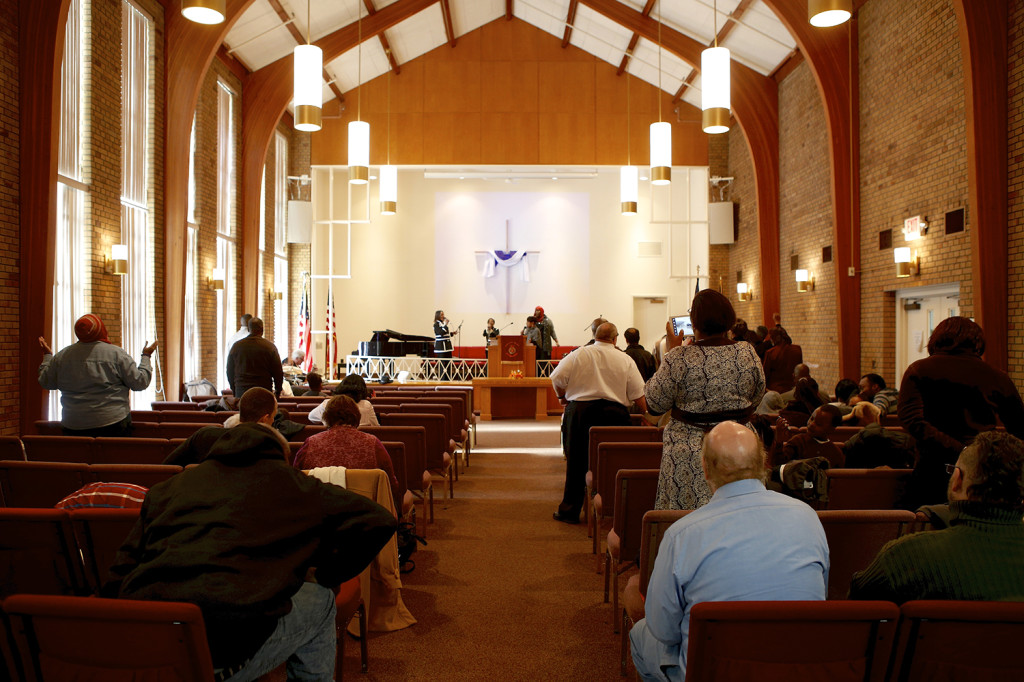 Later that afternoon, worshippers and Salvation Army clients shared a Thanksgiving meal. But first came worship, much of it focusing on thankfulness. During the service, one woman sang of her gratitude that Jesus had saved her from addiction and suicide; another thanked Jesus in song for reuniting her with her children. Later, a minister preached on St. Paul’s letter to the Thessalonians and, in practically the same breath, shared a series of blunt “yo mama” jokes.

“I’ve been changed,” three women with powerful voices sang at the beginning of the service. “I wanna be ready when Jesus comes.”

The singers stood on a bare altar; a simple wooden cross covered with a white and purple cloth hung on the wall behind them. Nearby, a drummer, keyboardist and electric guitar player enthusiastically accompanied the singers.

Later, Stewart invited everyone present, including visitors, to the Thanksgiving meal. One caveat, though: No one could take the meal home.

“It’s a time to sit down and reflect on how effective you are,” he said. “It’s a time for fellowship.”

In other words, Stewart seemed to be reminding the group, we’re a church.

“Everyone knows the thrift stores and the red kettles,” said Captain John Luby. “We do a lot more.”

The Salvation Army describes its missions as meeting “human needs without discrimination and preach the gospel of Jesus Christ.” The Army sees its social services as ministry.

“It’s difficult to preach the gospel or good news to a person in the grip of addiction, pain, panic, disease mental or physical,” Luby said. “Unless you get through the body, you can’t get to the heart and soul.”

That was the philosophy of William Booth, who founded the Salvation Army in London in 1865. He envisioned an army of believers–Christian soldiers–who would feed the hungry, house the poor and attempt to convert people to Christ. By the 1880s, the Salvation Army had moved to the United States, and the organization’s first activities in Syracuse took place in 1883. It now operates in 122 countries and territories. 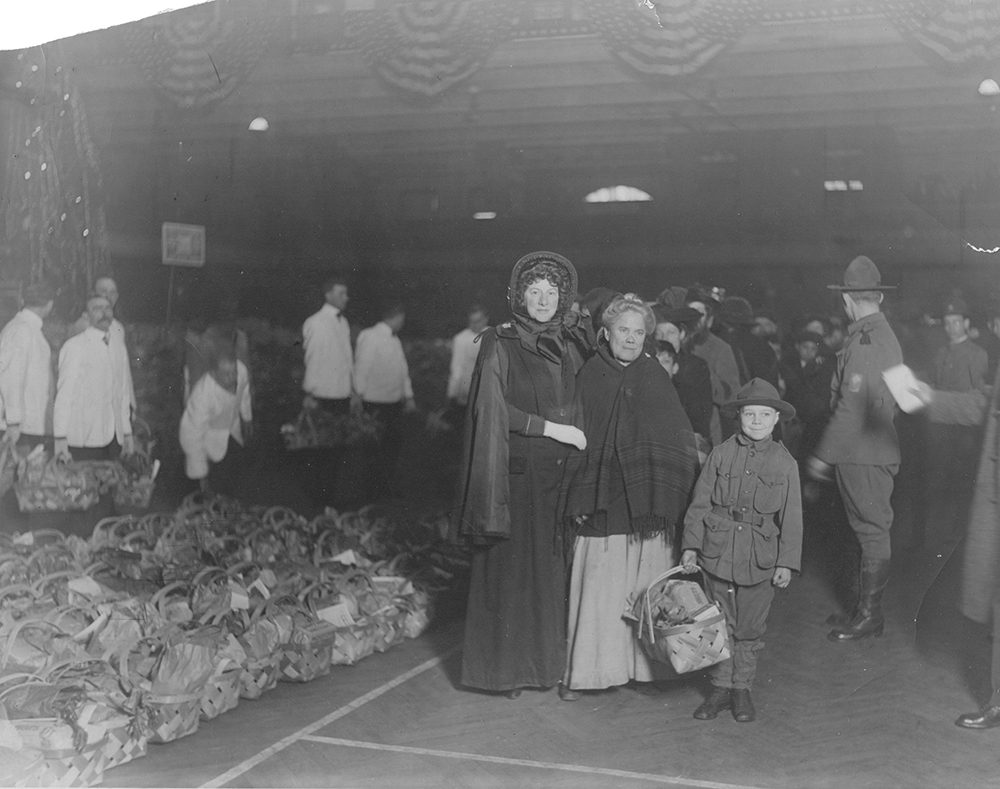 As a denomination, the Salvation Army is tiny. Worldwide, the Army includes about 1.7 million people, with about 125,000 in the United States and about 300 locally. By comparison, the Roman Catholic Church includes 1.2 billion people worldwide, represents about 25 percent of the U.S. population and about 285,000 in the Syracuse Diocese. 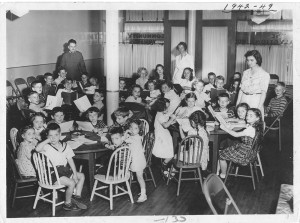 The Salvation Army’s theology has roots in Methodism. It is a church of evangelical Christianity, based on a tradition of actively professing the gospel and beliefs that include redemption and salvation by grace. But, said Luby, the Army does not proselytize as a requirement to receive services.

“It’s not, ‘Well, here’s a delicious plate of food if you listen to my message,’” he said. “If you want to hear my message, fine. If you don’t, fine.”

In recent years, the Salvation Army has faced criticism for the gray line between its social service programs and its church activities. Locally, the organization has taken heat for its policy of supplying tax-exempt housing to its executives. Salvation Army executives–all of whom are ordained ministers–live in six homes in Onondaga County, and all are exempt from property taxes because the Salvation Army is a church.

The organization has had unconditional exempt status since 1933, according to the Internal Revenue Service. Religious exemptions are increasingly under fire, so it’s unclear if this status will continue. A federal judge earlier this month ruled unconstitutional an IRS exemption that allows clergy to shield a portion of their salary from federal income taxes.

In another high-profile case, American Atheists are challenging IRS religious exemptions in a federal court in Kentucky. The group argues that church-related groups should file IRS Form 990, an annual reporting statement that provides information about a group’s mission, programs and finances. 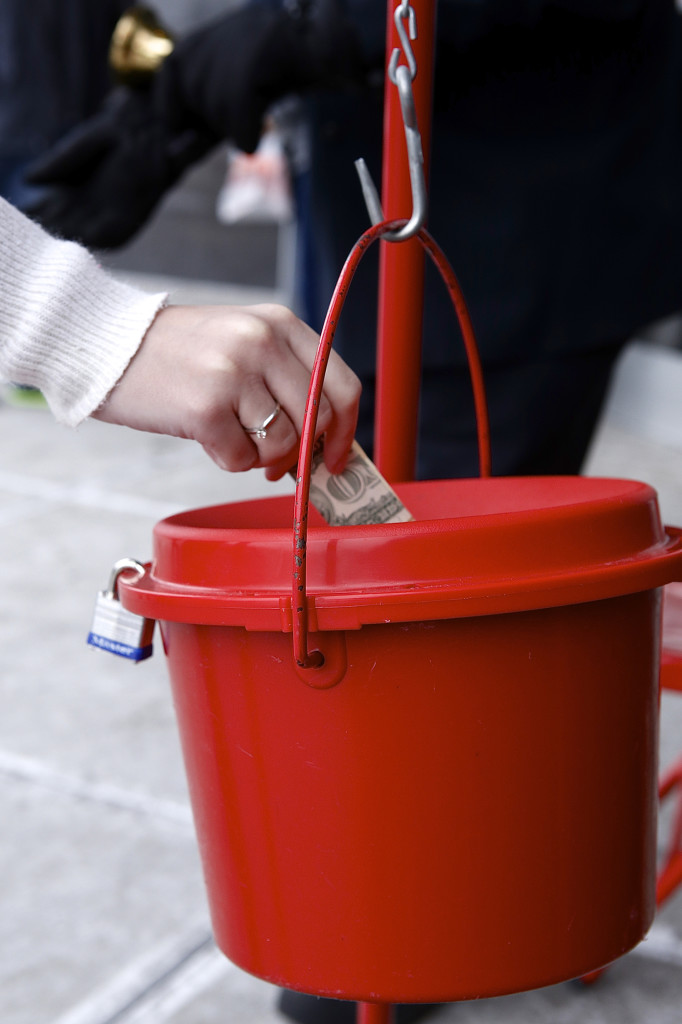 For the past decade or so, the holiday appearance of the red kettles has coincided with accusations of anti-gay bias in the Salvation Army. Bill Browning, a gay rights activist, has written on an LGBT blog that 20 years ago, he and his homeless boyfriend were turned away from a Salvation Army shelter. He encourages people not to donate to the Salvation Army.

In June 2012, a Salvation Army official in Australia said the group’s doctrine includes the belief that gays must die. He cited Romans 1:18-32, a New Testament passage often used to defend anti-gay views. (Others say the passage refers to prostitution, not homosexuality.) The Salvation Army quickly apologized for the officer’s remarks.

Luby said that while the Salvation Army considers marriage to be union of one man and one woman, it does not turn away job applicants or clients on the basis of sexual orientation. He said the high-profile anti-gay incidents do not represent the agency’s broad mission.

The potential negative public relations effect of the discriminatory incidents is clearly on the minds of local staff. Several people brought up the issue before a reporter mentioned it.

“We’re gay and straight and of many faiths, and we work side by side for a common cause,” Greg Meitus, public relations and marketing manager, said before the Nov. 24 worship service. “I wouldn’t work here if I thought we discriminated.”

Ross Murray–director of news for GLAAD, an organization that monitors media coverage of the LGBT community–said while there is no organized boycott against the Salvation Army, incidents such as the comments last year are troubling.

“For people that need their services, that it is an alarm bell that they might deny services,” he said. “When you make really public statements that you believe their marriage is not real, that does trickle down. If people believe they deny the humanity of LGBT people, they aren’t going to give their money.”

He also wonders if it’s possible to both offer services “without discrimination” and support a theology that does not recognize gay marriage. “It’s an incredibly mixed message,” he said.

None of those debates were visible at the recent Sunday service, though. Instead, there was joyful singing, grateful prayer and tears. And the tempting smell of turkey dinner awaiting the worshippers.

Christmas Bureau Distribution: The Salvation Army provides turkeys, food baskets, toys, books and stocking stuffers to nearly 3,000 low-income families at Syracuse’s Oncenter on Monday, Dec.  23. Registration is at six sites in Onondaga County; call 435-8300 for information. To volunteer to help at the giveaway, call Andrew at 479-3668.

Saturday, Dec. 7: Salvation Army praise and worship musicians perform 1 to 3 p.m. in Armory Square, Syracuse. Youth will also participate in “I’ll fight day” events, handing out information about Salvation Army and helping with children’s activities. “I’ll fight day” is a reference to the spirit of founder William Booth, who pledged to fight the problems of society.