Many teens and 20-somethings now watch horror movies with a laptop and earbuds, thus missing out on the visceral rush of seeing such terror thrillers on the big screen, complete with larger-than-life imagery, the loud screams of the easily frightened in the audience, and the barely audible clicking of the projector in the booth.

Horror enthusiasts of all ages will get a chance to savor that experience during the 10th annual Salt City Horror Fest, which starts at noon on Saturday, April 18, at Eastwood’s Palace Theatre, 2384 James St. Previous fests have enticed people to drive for hours just to ensure that they get a seat. What was once a fundraiser for the Children’s Hospital held at the Tri-County Mall movie theater in Baldwinsville has developed into a fright-flick festival with a very loyal audience.

Anxious to raise awareness about a vanishing moment in the social history of film, organizer Jeff Meyers says he is proud that his fest is taking place at a genuine neighborhood theater. While independent movie houses struggle to survive these days, the Palace is “a place for local businesses to sell products to visitors,” says Meyers, “a place for horror film/pop culture buffs to spend time with other like-minded friends and strangers.”

Eight cult classics will be presented in 35mm prints, not in the digital format that has been embraced by the cinema chains. Meyers, who points out that several movies will screened via one-of-a-kind prints, sees something unique when running the Palace’s old-school projection booth. “Projection is a form of art,” he notes. “The picture is more true to the director’s vision. When you watch a 35mm print vs. digital, you get a sense of depth that you don’t get watching something from a digital projector. The nostalgia of film evokes a rich history that digital media can’t touch.” 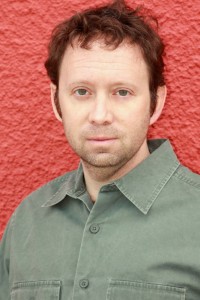 Poltergeist actor Oliver Robins will be available for autographs of film memorabilia.

Guests are encouraged to dress as their favorite horror movie icons, such as this year’s Horror vs. Whovians costume contest in honor of the Doctor Who movie. Prizes are also given out for the best, most creative costumes — a little taste of Halloween in the spring.

Special guests include local comedian Alex Bidwell and Poltergeist actor Oliver Robins, who will be available for autographs of film memorabilia. Actor Martin Casella, another Poltergeist cast member, will also participate during a live Skype session. Professor Anthony Rotolo, who teaches a Doctor Who class at Syracuse University, will also be on hand.

Tickets are $20 in advance, $25 at the door. Beer, wine and popcorn will be available in the lobby and local food trucks will be located in the Palace’s parking lot. For those in need of transportation, a “Graveyard Fresh” hearse service will offer rides for a small fee. For more info CLICK HERE.