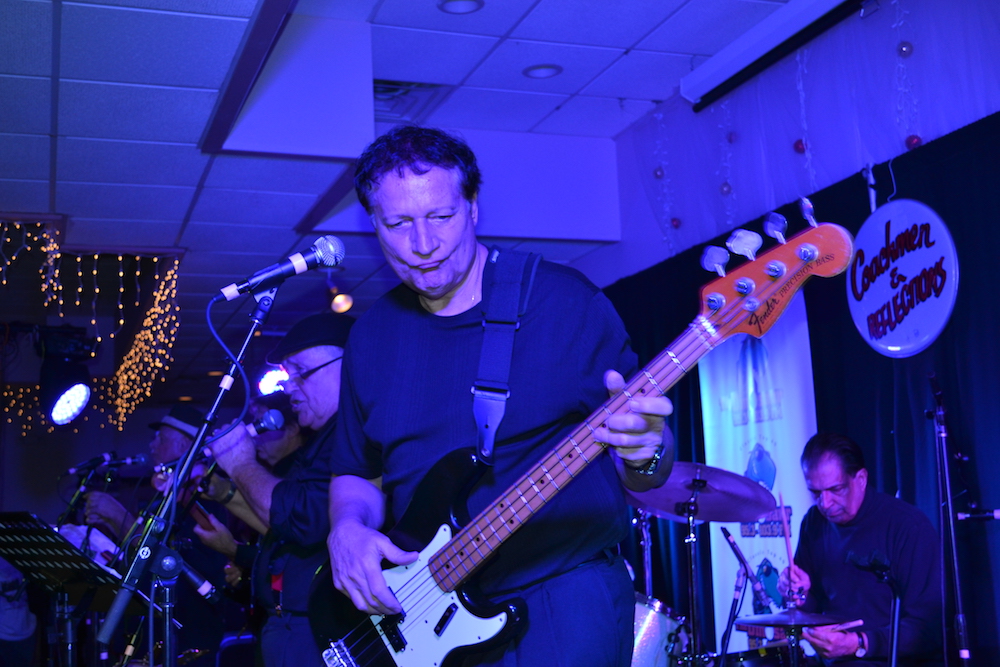 Pensebene’s Casa Grande is set to play host to storied bands from Syracuse’s past.

Caplan’s idea was to mount a monthly music series to be hosted at an area venue with the purpose of featuring reunions of classic rock acts from Syracuse’s hallowed, harmonic past. The shows would be recorded for posterity, with tracks from each event earmarked for a subsequent CD release produced by Wray under the umbrella title The History of Syracuse Rock and Roll: Then and Now.

As meetings to discuss the music series increased, so did Caplan’s expanding entourage, as more musicians and jocks accompanied their leader and his vision quest. Yet Caplan, Wray and company remained upbeat despite the most pressing issue facing the reunion attempts — namely the number of instrumentalists and singers who have since entered rock’n’roll heaven.

With other musicians happily filling in for the dearly departed, however, the shows kicked off on July 13, 2014, with Don Barber and the Dukes plus the Livin’ Ennd (featuring guest vocalist Mike “Baron Daemon” Price) playing to a packed house at Liverpool’s Maplewood Inn. Two other concerts followed at the Maplewood, then the series decamped to set up a permanent residence within the roomier space of Pensebene’s Casa Grande, 135 State Fair Blvd., where eight more shows were held until last June.

Pensebene’s will be the location for the much-anticipated CD release party on Sunday, Dec. 6, 5 to 8 p.m. There will be performances by The Nightcaps, The Outcasts and Timeline, plus CDs will be available for purchase. Admission is $5, and the show will also be collecting canned goods for donations to the Central New York Food Bank.

The double-CD effort provides a welcome update to Wray’s previous vinyl volumes of History of Syracuse Rock LPs from the 1970s and 1980s, with smooth mixing and mastering chores accomplished by SubCat Studios. Nearly two hours of ear candy are featured amid the 31 tracks.

Don Barber and the Dukes kick off with an old-timey rocker, “Let’s Go, Let’s Go, Let’s Go,” with some tasty guitar licks from Chuck Cavallaro, followed by the Livin Ennd’s lively “Brown Sugar.” Art Robins’ hearty rendition of “Shout,” which kept the Maplewood audience on the dance floor, also features some call-and-responses from Robins’ young grandkids who sat right up front. And the funk-driven seven-minute “Gonna Have a House Party” from the talented Hoffmann Family Band is a sonic showstopper.

Elsewhere on the first CD, The AdVentures’ take on the theme to TV’s Hawaii Five-O seems even spacier, at times recalling the styles of 1950s-era lounge-music specialist Esquivel. The Coachmen’s Christmas party, held Dec. 14, 2014, also featured the band backing up some local luminaries, such as baritone Bob Brown’s version of “Have Yourself a Merry Little Christmas.”

Also that night was a blistering performance of “Not Fade Away,” which begins with ace guitarist Dave Porter handling some shtick with his mannequin sidekick Bob before launching into the rocker with harmonica ace Skip Murphy, here channeling his inner Toots Thielemans.

The second CD has even more pleasures, such as the Lawless Brothers’ grungy, growling interpretation of “Rock and Roll Hoochie Koo,” the Fab Cats providing an affectionate pair of Beatles covers and Courtney Woods lending her pretty vocals to “I Only Want to Be with You” with Timeline.

The April 19, 2015, show headlined folk-rock favorites Cross Creek, who performed their single “How Long” with a surprise cameo from banjoist extraordinaire Tony Trischka. The evening held even more surprises with a guest appearance from Peter Asher of Peter and Gordon fame, who was in town as an instructor for music classes at Syracuse University. Asher performed “World Without Love,” while his industry friend Jeff Alan Ross contributed Badfinger’s “No Matter What.”

The CD climaxes with “Crack the Whip,“ a cut from arena rockers New York Flyers during the band’s October gig at Eastwood’s Palace Theatre. Now the only question surrounding The History of Syracuse Rock and Roll: Then and Now is whether Caplan, Wray and friends have the strength to mount a sequel.