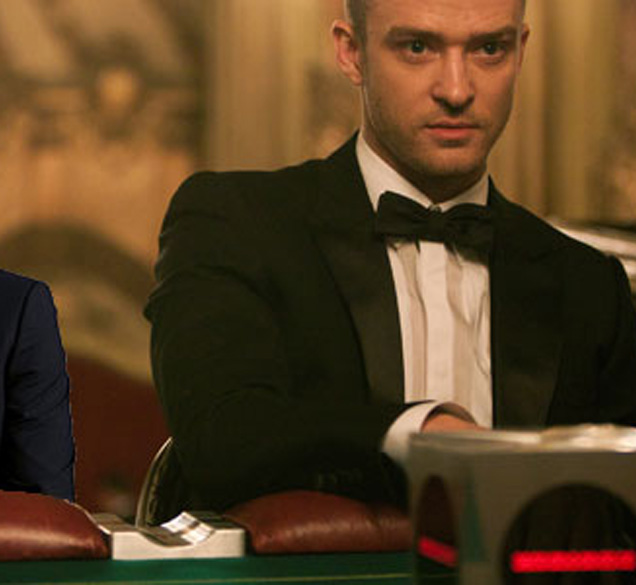 Somebody’s going to beat the pair of kings

There are a couple of things to enjoy during “Runner Runner.”

To start with, Justin Timberlake continues to show that he’s more than a pretty voice. The Grammy-winning singer turns in a solid performance as Richie, a guy who’s good at math but maybe not so good at major life decisions. Richie is taking a crack at a career makeover by attending Princeton after Wall Street hounds chewed up his good work and intentions during the financial sector’s crash-and-burn.

And that story, from writers Brian Koppelman and David Levien, starts out quite nicely indeed as Timberlake’s Richie Furst gets told by the Princeton dean that he must opt out of his online poker affiliation – a civil term to describe the way he’s paid to hook in classmates and even professors to that always available gambling option – or say goodbye, Ivy League.

That puts Richie in a dilemma. He needs that royalty stream to pay his considerable tuition bill. So he shows his true colors by cashing out his bank account for a night of make-enough-to-pay-the-whole-enchilada-or-go-bust. At one point, his knowledge of odds-and-tells coaxes his bankroll up from $17,000 to $50,000. But that’s still 10 large short of his goal.

You don’t have to be that good at math or poker to figure out what happens next. Somebody smarter than Richie, or with better cards, runs him to zero. But Richie’s fellow online wizards give him the statistics to prove that he must have been bamboozled.

That knowledge takes him to Costa Rica and a meeting with Ivan Block, an online poker magnate with a practically unfathomable supply of cash and the wily ways needed to stack his riches higher and higher. Ben Affleck plays Ivan Block as a one-dimensional hard-ass. Sure, he agrees to give Richie back his tuition money. But that’s tempered by a job offer he knows Richie won’t be able to turn down.

After that, Richie’s in. The love-hate relationship has begun. Richie likes that first taste of cash. And he’s taken by the ways of Rebecca Shafran, the drop-dead gorgeous woman who’s No. 1 on Block’s payroll and in his love life. Gemma Arteton is a beautiful actress, but she shows zero chemistry with either Affleck or Timberlake.

So it’s the plot that must drive this boat. But even with lots of bad men, an appearance by the FBI and seemingly endless gray areas between right and wrong, it’s too easy to just know what the end game will be.

Anthony Mackie is part smoothie, part hard-guy and always interesting as excitable Agent Shavers. And John Heard is quite believable as Richie’s downtrodden gambler father who is always on some losing streak or another.

Director Brad Furman must think it all adds up to a winning hand, because he makes sure to leave enough loose threads to make it feel like he’s thinking sequel.

Nah. Somebody’s going to beat his pair of kings.