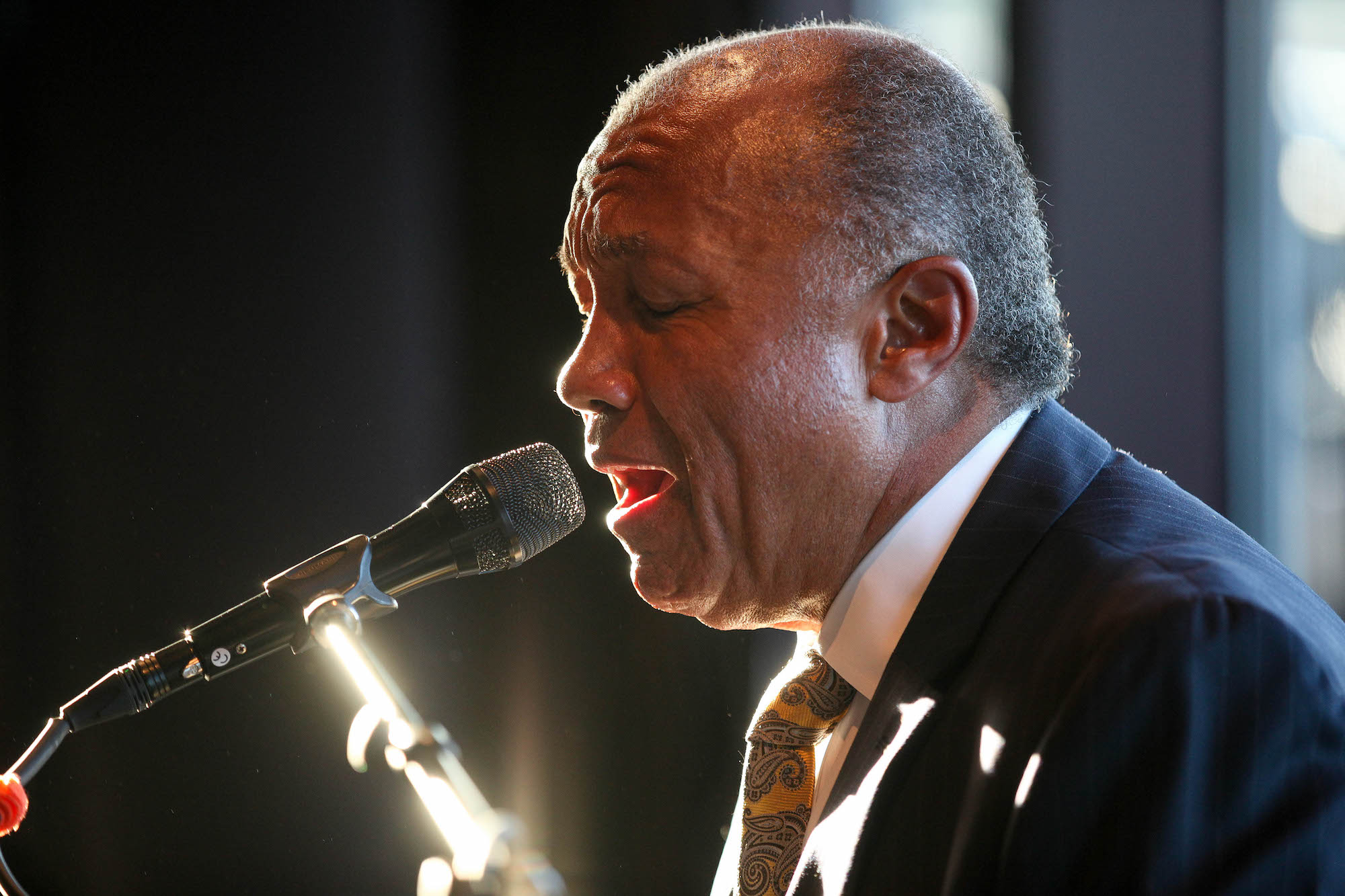 Local jazz favorite will be honored this week during Jazz-N-Caz.

Local jazz legend Ronnie Leigh will be honored during the 16th annual Jazz-N-Caz festivities to be held this week in Cazenovia. On Friday, Sept. 15, Leigh’s legacy will be feted during the 7:30 p.m. program at Cazenovia College’s Catherine Cummings Theatre, 22 Lincklaen St., which will feature music by Soda Ash Six, Harry Allen and Nancy Kelly.

Not only is Leigh known for his stage presence and ability on the microphone, he also founded and serves as the artistic director for the summertime Jazz in the City series. The five-time Syracuse Area Music Award (Sammy) winner has performed from Seattle to Syracuse, and from New York City to Istanbul.

Despite the accolades, accomplishments, collaborations and commendations, Leigh still remains down to earth and thankful for his fans. And his musical beginnings are as endearing as they come.

Leigh was born in Albany, then moved to Syracuse when he was about 18 and got a job with the New York state canal system. During every Friday happy hour at the Thor Lounge on South Salina Street near the former Sears Roebuck building, Leigh listened to the house band week after week. 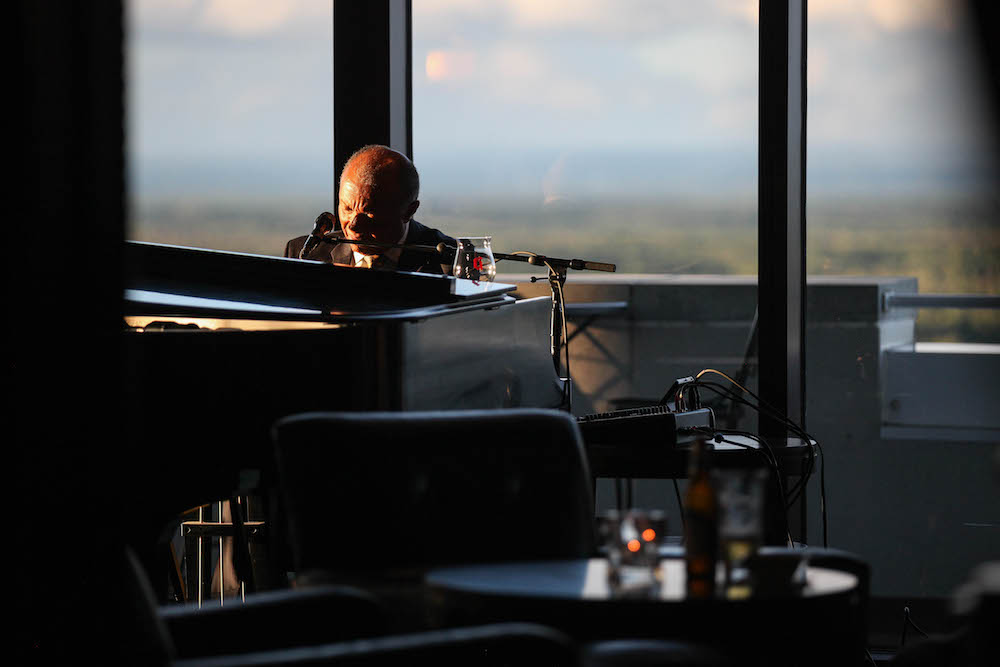 “Finally I worked up the nerve to ask if I could sing a song,” he recalls. “I talked to the bandleader, the drummer, and he said, ‘Sure, man! Come up here!’ I’ll never forget the first song I sang: ‘Misty.’ The audience appreciated it and the band loved it, so they said, ‘You wanna sing another song?’”

Leigh only knew a couple tunes, but after he sang “The Girl from Ipanema,” the band was impressed, despite the fact that he didn’t know what key he sang it in. “They asked me what key and I said, ‘Whatever’s on the jukebox.’” The band offered him a job on the spot and he made “a whole $25 a gig.”

From there, offers steadily rolled in, as Leigh became involved with several successful projects over the years, including Alliance and Atlas Linen Company. Singing with the band Sail brought him across the country, as the group worked with two booking agents, one in Chicago and another out of Rhode Island.

Yet it was never a conscious decision for Leigh to be a working musician. Rather, it was an urge that couldn’t be fought.

“I tried to quit once and I lasted two weeks,” he says. “The first week was heavenly and then the depression set in. I didn’t know what was going on with me. I thought I was losing my mind or something, for real. The following weekend, I went out and sang a few tunes with a band and felt so much better. Relief. I thought, ‘I think I have to do this.’ And that was that.” 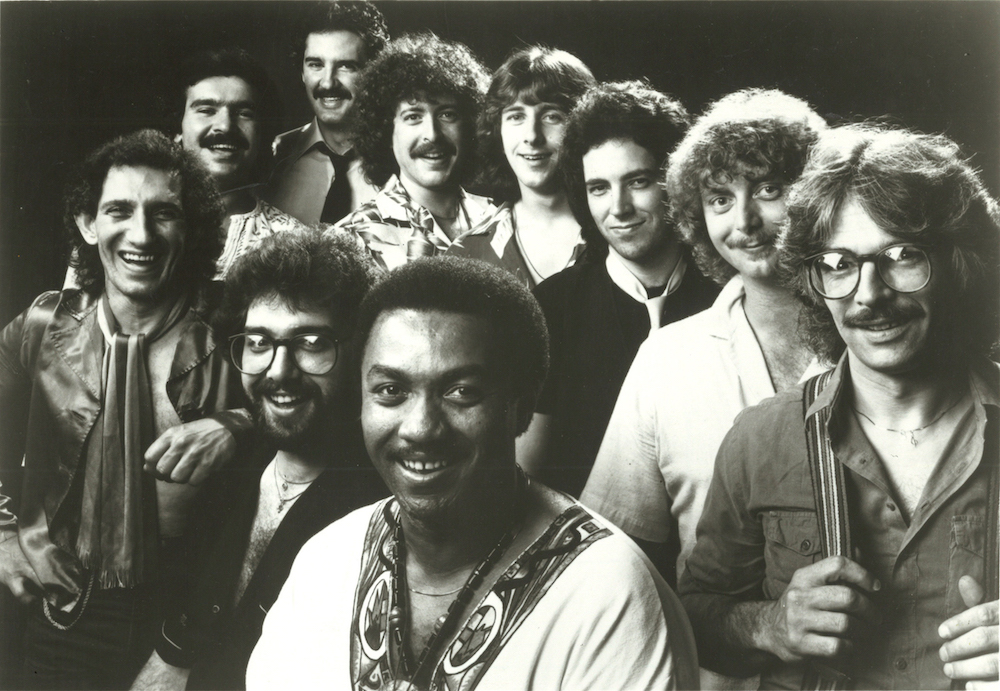 Despite his efforts to “conform” or live a “so-called normal life,” Leigh continued performing and following his art. “That helped me to be where I am today,” he says.

Leigh also grabbed opportunities that came his way. “A friend of mine, drummer Wilby Fletcher, happened to be in Istanbul working at a club there,” Leigh says. “I got a phone call from him one day. My September was packed, but Wilby said, ‘What are you doing?’ I said, ‘I’m pretty busy.’ And he said, ‘Well, would you come to Turkey?’”

Fletcher put the club owner on the phone with Leigh and a few minutes later he was organizing stateside replacements for himself. “It worked out nicely,” Leigh says. “I got folks I thought who would do a job as well as I would try to do and hopefully better, and I ended up in Istanbul.”

Fletcher left Istanbul a few days later, leaving Leigh to enjoy a new country surrounded by strangers. “The bass player and piano player were from Philly, the drummer was from Brazil, the trombone player from Sweden,” he recalls. “And it was a smokin’ hot band. It was great.”

Leigh stayed in Istanbul for a month and a half in 1998 and has continued traveling since. Every winter he tries to book performances in warmer weather locations, while continuing to perform with groups like Rochester’s Prime Time Funk.

But Leigh is hard-pressed to pick a favorite time period or show from his career. After all, his resume bulges with guest appearances alongside The Drifters, Pat Metheny, The Yellowjackets, David Benoit, Special EFX, Spyro Gyra, David Sanborn, Etta Jones, the Syracuse Symphony orchestra and more. Instead, he’s grateful that he can still do it at all.

“I’m the kind of person who thinks, ‘Thank God I can get up and do it again tomorrow,’” Leigh says. “It’s all been great stuff, all been fabulous. And thanks to the folks at Jazz-N-Caz for even considering me. I’m really grateful and really flipped out. I do what I do and I’m happy I can do what I do. I just hope people like it.

“And I hope folks around the Syracuse area can find a way to support the musicians and the music that’s here. I’ve had the opportunity to travel a lot of places, and this is pretty high-quality stuff here. There’s a spirit here that a lot of musicians have. Don’t let this place go by the wayside: There’s great talent and we need to support it.”[snt]

“Get a day gig. (Laughs.) No! I just think they need to be true to their own spirit, to themselves. Be true. If you believe it, go do it. And learn something about the business. Find out how to do business. Get a book on small business, take a course, anything. It applies directly to what we do.”

Soda Ash Six will take the stage on Friday, Sept. 15, 7:30 p.m., at the Catherine Cummings Theatre, 22 Lincklaen St., followed by an 8:30 p.m. set featuring Harry Allen with Nancy Kelly and her trio, featuring Dino Losito, Tom Brigandi and Jimmy Johns. Ronnie Leigh will be honored during this performance. The Seven Stone Steps at the Lincklaen House, 79 Albany St., will host a 10:30 p.m. Jazz After Hours session with Tom Witkowski, Jason Jeffers and Adam Fisher.