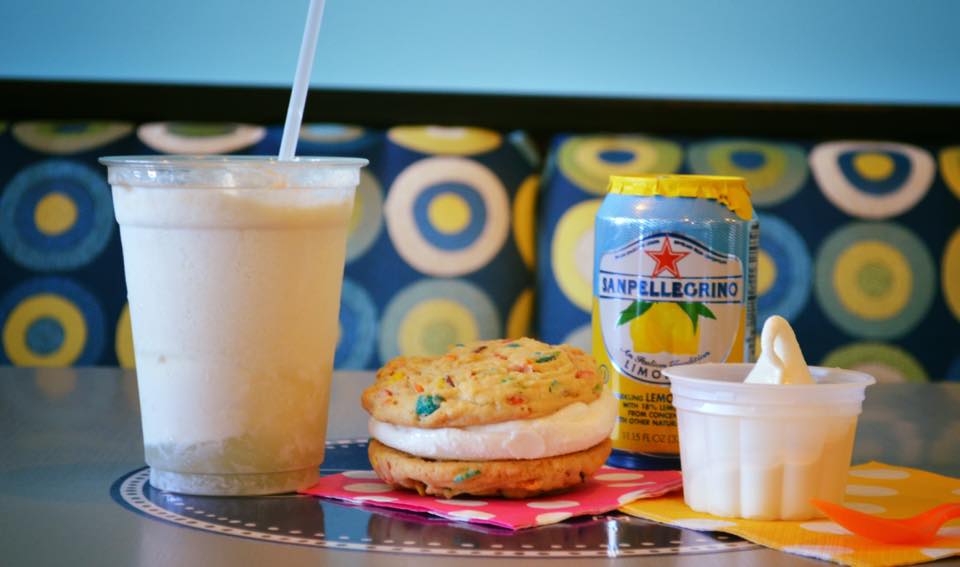 Sweet offerings at a local yogurt shop and creamery will certainly make your heart melt this summer.

There were so many temptations at the recent Taste of Syracuse foodie festival in downtown Syracuse: pizza. Bang-Bang Shrimp. Pasta. Deep-fried pasta. Fried dough. Doughnuts with maple, bourbon and bacon.

“All of a sudden, I started seeing lines at my booth (in front of the Clinton Exchange building) going across the street,’’ said Alicia Dargan, owner of the Camillus-based operation. “It was a continuous stream of people. People were seeking us out, people were telling other people. We sold out of every sample we had.’’

Dargan, who learned she had lost a loved one on the day the festival opened, says she got through it on “divine guidance” and positive energy. “The experience exceeded my expectations,’’ she says. “It was a phenomenal success.’’

Now Dargan is preparing for the grand opening of Queen Bee Creamery. It’s in the spot formerly known as The Yogurt Bar, in the small plaza at 100 Kasson Road. It has been in a “soft open’’ phase for several weeks, with a grand opening scheduled for June 20.

Dargan plans to have the shop open seven days a week, with self-serve soft-serve frozen yogurt in a rotating roster of seasonal flavors, including (but not limited to) dark chocolate, balsamic strawberry, dulce du leche, caramelized banana and others. Her signature flavor, golden vanilla yogurt, is made with milk and cream, and a low-fat version is also available.

The menu also offers smoothies, milkshakes and “cookiewiches’’ (frozen yogurt between two scratch-made cookies), as well as sorbets and other non-dairy offerings. Her “coolers,’’ made with San Pellegrino sparkling water and frozen yogurt, also made a splash at Taste of Syracuse.

Dargan, a native of Green Bay, Wis., has a background in food processing and product development (premium dessert mixes) and marketing. She says the Greek yogurt boom in her new state inspired her to develop an all-natural, Greek-style frozen yogurt.

Unlike some frozen yogurt shops that use prepared mixes to make their offerings, Dargan makes everything on site at her shop, starting with locally sourced milk and cream and utilizing other local ingredients whenever possible. The yogurts are sweetened with honey from Cortland and Ithaca, hence the name Queen Bee. “My hive is in Camillus,’’ Dargan says.

The entrepreneur developed her frozen yogurt and custard in collaboration with the Department of Food Science at Cornell University in Ithaca. Earlier this year, she participated in the Food Science 4000 capstone course, where graduating seniors act as consultants and put their knowledge to work to help New York-based food businesses.

Dargan’s ultimate goal is to bring her yogurt to the wholesale grocery and food service distribution level. To do so, she needs a shelf-stable product and a certified food safety plan. The students offered valuable support with both food science and marketing expertise, Dargan says.

“I call it my Christmas gift,’’ she says. “Participating in this class truly was a gift.’’ 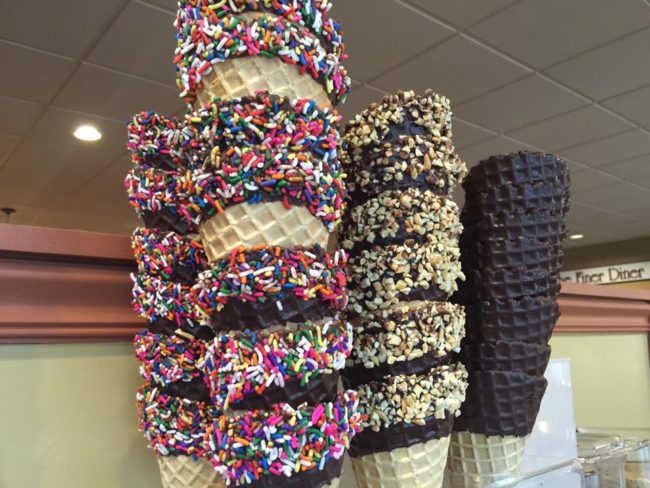 New in Cazenovia and just in time for summer: Carter’s Creamery, an ice cream shop located at the back of Dave’s Diner, with walk-up windows on Sullivan Street.

The menu features vanilla and chocolate soft-serve ice cream made by Queensboro Dairy, of Canastota, plus more than 20 flavors of Hershey’s hard-pack ice cream, in flavors like chocolate raspberry truffle and classic strawberry. There’s also Dole Whip, frozen yogurt, milkshakes, root beer floats, slushes and other frosty items. Signature sundaes include a treat made with strawberry rhubarb sauce from Our Farm in Madison County, as well as a bacon maple specialty and a peanut butter explosion sundae.