Every once in a while, our cluelessness about our neighbors to the south erupts into full-scale engaged lunacy.

“The people of the United States will do anything for Latin America, except read about it.”

So wrote long-time New York Times reporter James Reston many years ago. If you have gotten this far in this column, you have already proven him wrong. Congratulations.

Typically we have two responses to Central America: We either ignore the isthmus or we invade it. From the time of the Civil War, when Southern states attempted to annex Nicaragua and El Salvador to tip the balance of slave versus free states, to Marine occupations of Nicaragua in the 1920s and CIA support for a coup in Guatemala in the 1950s, we have staggered from detached ignorance to engaged ignorance with little regard to the well-being of the people who inhabit that tropical sliver of land.

Every once in a while, our cluelessness about our neighbors to the south erupts into full-scale engaged lunacy.

It’s hard to imagine it today, but President Ronald Reagan argued that Central America’s proximity to our border made El Salvador the most vital national security challenge facing the nation. Communists, he contended in an echo of presidents going back as far as Calvin Coolidge, would soon be crawling up through Mexico to Texas to the delight of its Russian patrons. Reagan tossed his lot in with the Salvadoran military and death squads, propped up a genocidal dictator in Guatemala and turned Honduras into a staging ground for his war against Nicaragua’s Sandinistas. He even set up supply bases for the Contras in peaceable Costa Rica.

The Communists never quite made it to Texas, but in the ensuing hysteria, hundreds of thousands of people were killed, millions displaced and the region lost a full generation of economic growth.

Given this history, it is no wonder that we find ourselves flailing in response to the crisis involving child migrants from Guatemala, Nicaragua and Honduras.

The tens of thousands of children we now see riding atop freight trains through Mexico are here to remind us that poverty and riches will not long co-exist side by side without some friction.

The dueling rallies on the North Side in response to Mayor Stephanie Miner’s invitation to housing immigrant children temporarily at a vacant convent illustrates Reston’s point. Opponents of the potential way station (leaving aside the nativist and racist minority) mostly argue that we don’t have the money to take care of these kids. And if you look at the state of some of our own kids, you have to admit that they have a point.

So here’s where the Reston challenge comes in. Last year, the United Nations High Commission for Refugees interviewed 404 of the thousands of refugee kids detained at the border. They analyzed the reason that the children left home. When the commission released the report, entitled “Children on the Run” earlier this year, it reported that 54 percent of the children it interviewed made claims that might qualify them for protection and refugee status.

While the U.S. faces the duty not to send these kids home without due process, their care is an international responsibility, not just the burden of their host nation (think Syrian refugees in Turkey).

Which leaves one to wonder: For those who say we can’t afford to take in these children, would they prefer the spectacle of a United Nations-run, internationally financed operation in our midst? Are we that desperate? 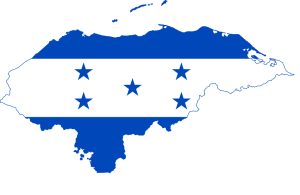 Honduras has never been a happy place.

“The only way that this country can move forward,” a cab driver in Tegucigalpa told me years ago, “would be if we were all erased from this earth and a completely different group of people came to replace us.”

And you thought Syracuse had an inferiority complex.

Honduras was always poor, even in comparison with its neighbors. Nicaragua, even when dirt poor, had its revolutionary preoccupation as a source of pride. Guatemala, its indigenous legacy and culture. And El Salvador took pride in its hard-working industrious people, referred to as the Germans of Central America.

Honduran pride? That was centered in one place: in a port city with an industrial class made up of the descendants of Arab immigrants. San Pedro Sula, on the northern, Caribbean coast, was the place where people made money.

The capital, Tegucigalpa, is a dump. The main river, the Choluteca, serves as both water supply and sewer. The government is inept and impotent. The military lost a war with El Salvador. Years ago, I was in Honduras, investigating the abuse of glue, which was being inhaled by street kids getting high, and discovered that the Ministry of Health had no labs capable of analyzing data given to them by the glue companies. It is, as my cab driver friend said, a sad place.

Still, parents raised their children. Families struggled and got by. Not until quite recently did they make the decision to kiss their young boys and girls goodbye, scrape together what money they could find and pay a coyote to shepherd them north through Mexico and a new life in the United States.

What made the difference? In a word, drugs. Illegal drugs, wherever they are produced, transported or sold, put power in the hands of the worst people. San Pedro Sula is now a major drug transshipment point. The gangs that run the drug trade, like their Colombian and Mexican counterparts in their time, rule their territories with a ruthlessness that we can barely imagine.