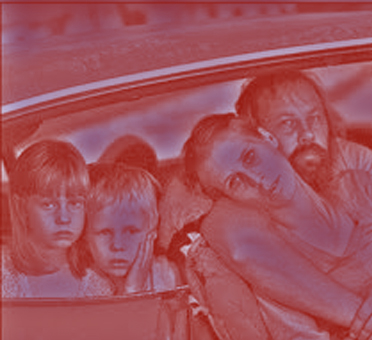 Trying to survive was taxing…

Disoriented, terrified and overwhelmed.  That’s how I felt as the young (17-year-old) mother of a 7-month-old child who had just been kicked out of her mother’s house,  according to the script I was handed during a role-playing exercise known as a “poverty simulation.” The exercise, sponsored by the Visions For Change organization (which, as I mentioned in my last post, I’m involved with) took place on Tuesday, Dec. 10. That poverty simulation helped participants understand the predicament of people experiencing what Rhonda O’Connor, director of  community development for the organization and our guide for the event, called “generational poverty.”

In a series of activities designed to mimic the conditions of people in generational poverty, individuals in different family configurations with different kinds of experiences and support, had to procure the means of survival — housing, food, health care and advancement, education, work, child care — in four 15-minute increments that each represented a week. I very quickly discovered it was almost impossible to procure what I needed to take care of my child and myself with the financial, physical, bureaucratic and transportation limitations involved.  And I felt completely alone and isolated.

At one moment I found myself standing absolutely still in a room full of people running to different resources (social services, employment, housing, education) clutching a doll representing my baby and close to tears.  Maybe the memory of being the mother of a baby made the situation seem that much more real and both desperate and incomprehensible to me. 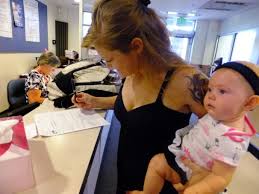 Some participants had scripts with larger supportive (or in some cases dysfunctional) families. But whatever the reason for my emotion, the difficulty I had organizing and prioritizing my tasks underlined the “tyranny of the moment” mentioned by O’Connor as a characteristic of living in generational poverty, when she introduced the simulation. Trying to survive was taxing, frustrating and left little energy to think of longer-term goals. A number of other participants also  indicated they felt frustrated, overwhelmed and impatient as the simulation progressed, with no ability to focus on anything other than survival.

Other obstacles to getting out of generational poverty, O’Connor noted, are stereotyping and a lack of resources of all kinds (not just financial).  We learned that developing a community of ongoing support, training and attitudinal changes are essential parts of Visions for Change’s program of helping people change their lives and get out of poverty.

After our poverty simulation, we learned a little about the training program and ongoing support Visions for Change provides (including that of volunteers) and that we all could play a role in that effort.

For more information about Visions for Change, CLICK HERE

Nina Housman is a writer/editor and trainer with extensive experience in adult education. Email her at [email protected]

Points of Reference
UFOs of Christmas Past
To Top