Maggie Simone needs you to know she is OK. At age 53, she leads a life so complete, so comfortable, it borders on cliché: suburban home, loving husband and children, satisfying career. And she takes none of it for granted. She even has the dog of her childhood dreams (a golden retriever, of course).

She’s just having a moment…and another…and another.  “I am so nervous,” Simone says in a whisper. “I keep wondering if it is too late to stop this.”

“This” is Simone’s book, Body Punishment: OCD, Addiction and Finding the Courage to Heal, scheduled for publication this month by Central Recovery Press. And its compelling narrative is driven by the days when Simone was most definitely less than OK. As Simone shares her tale of decades of pain, the reader winces, worries and, ultimately, breathes a sigh of relief at the happy, and healthy, ending. 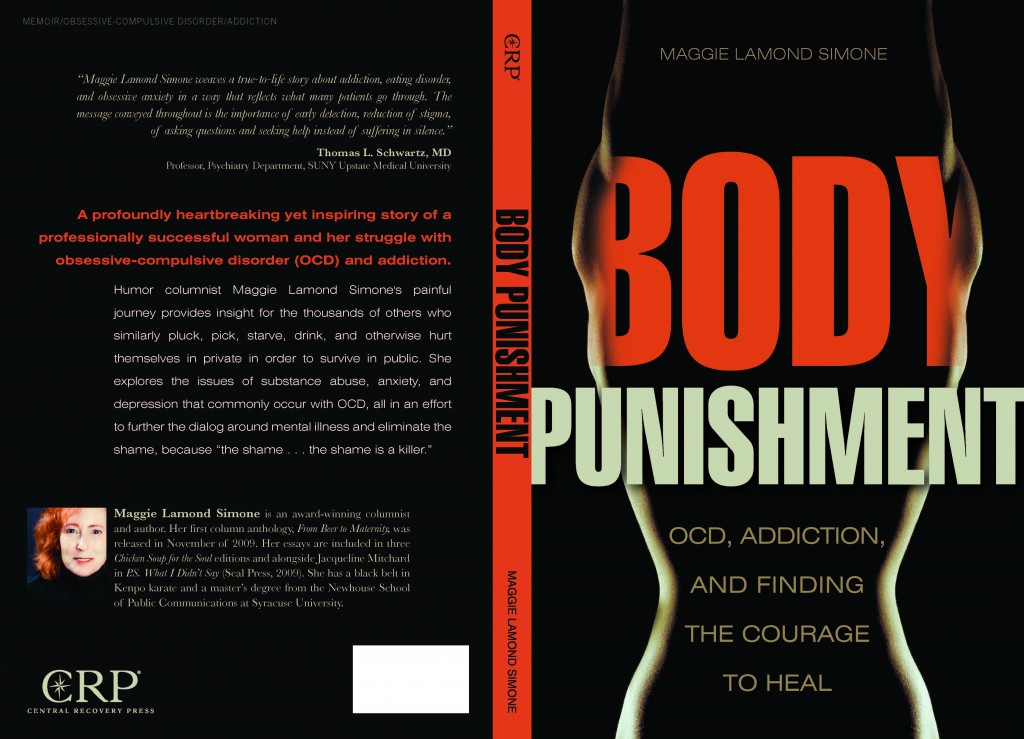 Body Punishment: OCD, Addiction and Finding the Courage to Heal

Simone knows now she didn’t have much, if any, control over her story’s beginning. Her earliest memories are of hurting herself—picking at her skin, plucking at her eyelashes and eyebrows—and then being sick from the shame of it.

As she grew into a young woman, Simone’s compulsions continued and the need to numb that shame manifested in struggles with alcoholism and anorexia, a suicide attempt, and a string of failed relationships. By age 30, she sobered up and discovered the healing power, for her, of martial arts. Yet Simone’s self-injury and other obsessions such as counting continued, unspoken and unnamed, until she became a parent and sought help for similar behavior in her young daughter. 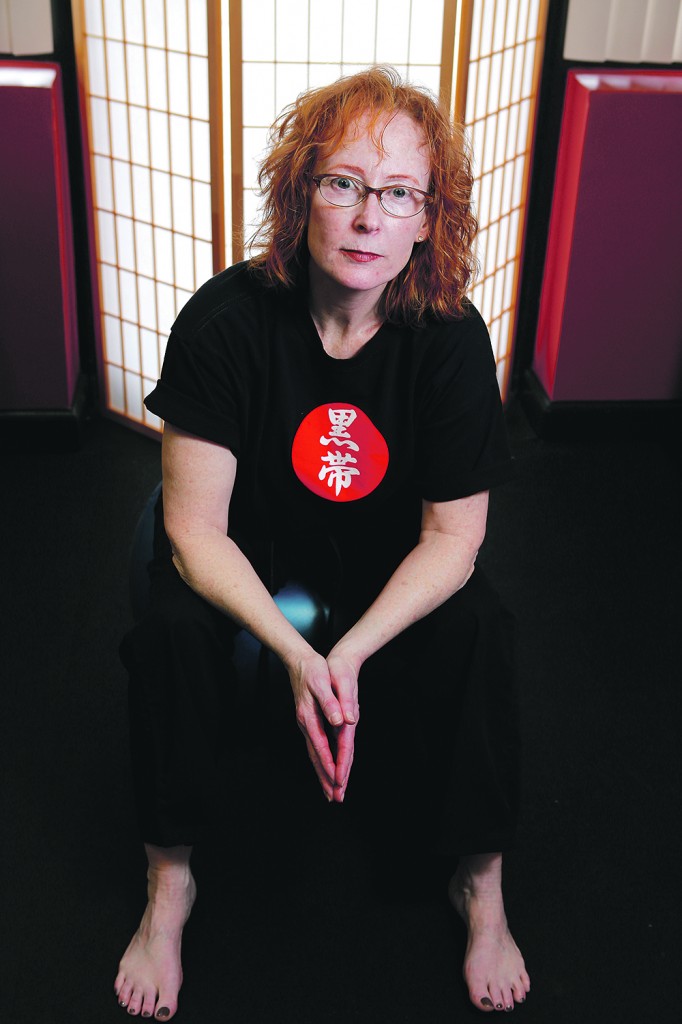 “For almost 40 years, I thought I was simply a melting pot for crazy,” Simone writes in Body Punishment. “But I wasn’t. Almost all of my ‘bizarre’ behaviors were explained by one section in the latest comprehensive Diagnostic and Statistical Manual of Mental Disorders, Fifth Edition. What I have falls under the heading of obsessive-compulsive disorders.”

Finally, Simone had a name, trichotillomania or TTM, for her hair plucking and excoriation for skin picking. “And if they have names, then I cannot possibly be the only person to have experienced them. Yet for almost 40 years, I thought I was.”

That could have been the end. It would be a lot easier for Simone to keep her story to herself, and she weighed carefully the opinion of family and friends who told her as much. (Full disclosure: As Simone’s former editor at Family Times: The Parenting Guide of Central New York, and current friend, this writer read an early, unedited draft of Body Punishment and harbors no pretense of objectivity about this project.)

A longtime columnist for Family Times, Simone had written before about her alcoholism and her belief that the isolation of shame is debilitating. Her “Mom’s the Word” column has consistently won readers and awards for its smart reflections on being an imperfect but joyful parent. The impulse behind Body Punishment was much the same.

“As a kid, all I knew was this: I was a freak, and I was alone,” Simone writes. And that is where she returns when family and friends ask her, “Why?” Why write this book, why poke at scars, why risk your own upset?

“It’s the shame that holds you back, not the OCD,” Simone explains. “If you can say it, the stigma is gone. Nobody bats an eye if you say have diabetes or fallen arches. Maybe you even get more respect for going through life with this challenge. It’s the stigma that holds people back.”

Simone started writing Body Punishment seven years ago and, during that time, has only become more certain that the reward, of offering a lifeline to others, outweighs the risks. “What am I risking: being uncomfortable? I’ve been uncomfortable my whole freakin’ life,” Simone says.

Simone hopes her book, which is written for an adult audience, will help parents, in particular, start a conversation. “It gives them a talking point, a way to say, ‘I just read this book about this woman who pulled her eyelashes out. I notice sometimes you have clumps missing. Can we talk about it?’”

But, she warns, it will not be easy. “You will be met with resistance. They have spent their lives hiding it.” For Simone, therapy and medication for the anxiety that triggers her OCD has been liberating and has made her strong enough to speak up.

The one message she feels children, in particular, need to hear: “There’s nobody out there that doesn’t feel ashamed about something. Get your secret out there. “

That said, Simone did draw some boundaries while going public with her story. Her family is unnamed, as is the city that served as the backdrop for many of her most painful moments. “I think I created a book I won’t be embarrassed for my children to read. There’s nothing here that doesn’t advance the story.” 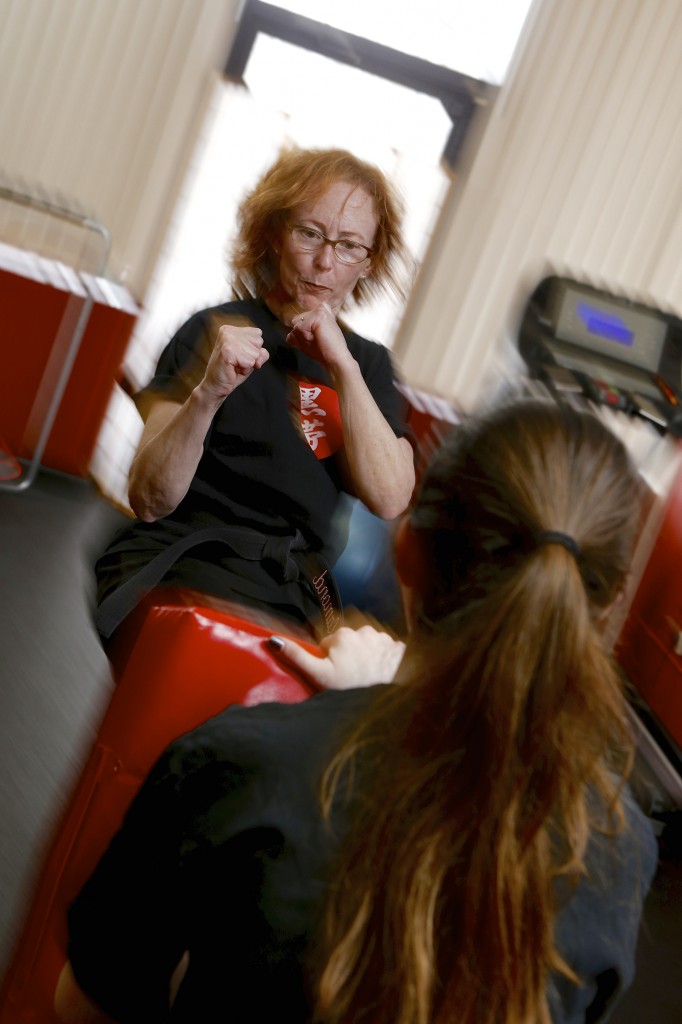 Read simply as a memoir, Body Punishment continues in the vein of boozy, brave works such as Mary Karr’s Lit and Augusten Burroughs’ Dry. It is funny and well written, organized loosely by the author’s rise through the levels of karate.

The title is taken from a test in which students absorb repeated direct blows to the stomach to test their focus and concentration. “I knew 25 years ago what the name of my book would be,” says Simone, who has since hung up her black belt and has embraced kickboxing.

And, just maybe, her memoir will make Simone famous or earn her buckets of money. But it is the potential to reach the self-help audience, those in pain or those who love them, which Simone thinks of when she contemplates how the next few weeks will unfold.

Body Punishment is available Tuesday, April 14, on Amazon.com and a book signing is scheduled for Thursday, May 7, 7 to 9 p.m., at Barnes and Noble, 3956 Route 31, Clay. Add to that radio spots and an appearance at the annual BookExpo America, May 27 to 29, at the Javits Center in New York City, and it is about all the publicity Simone can handle.

A seat on Oprah’s couch, her publisher warned, may be a reach, and that sounds just fine to Simone. “Have you met me?” she asks nervously. 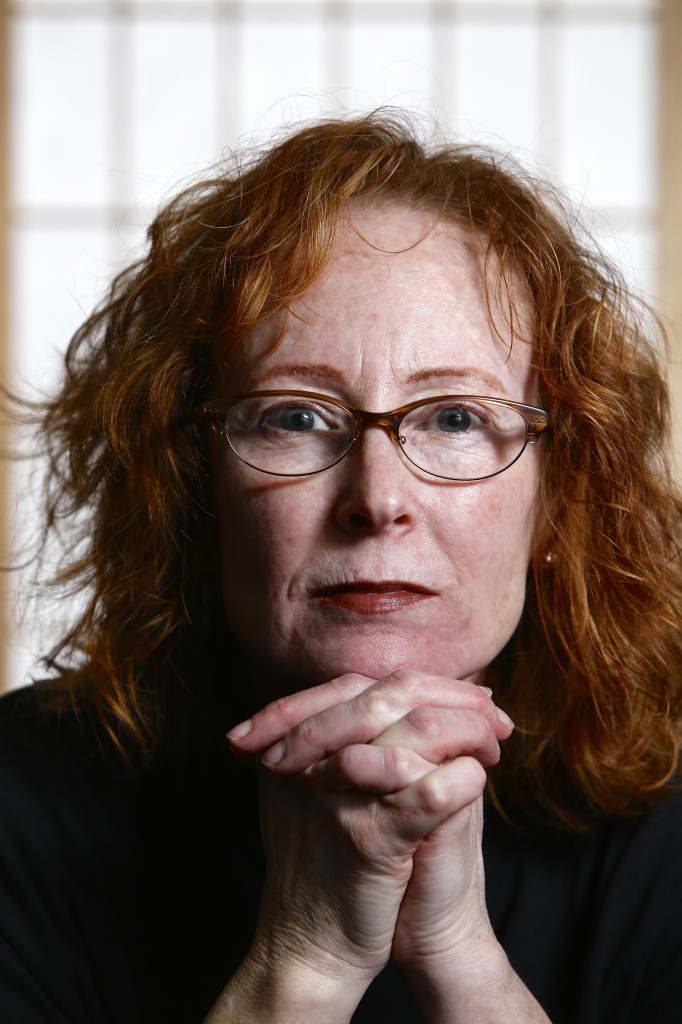 News and Blues
Katko on ISIS, Wiretaps and Railcars
To Top