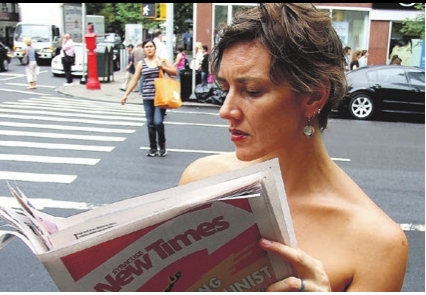 Even 30 years after Harry Chapin’s death, the Chapin name still carries the weight that his music built.

His daughter, Jen Chapin, follows in his tradition: She’s a supreme storyteller in her lyrical journeys, but maintains her own person and her own sound.

Chapin, 42, has released eight albums since 2000. Her latest CD, Reckoning, features the award-winning help of producer Kevin Killen (U2, Elvis Costello, Peter Gabriel, Jewel). She tours with her husband, bassist Stephan Crump, and guitarist Jamie Fox. She remains active with Why Hunger, an organization that tackles world hunger, started by her father in 1975.

As a mother of two—Maceo, 8, and Van, 4—Chapin finds her hands full, but not so much that music is ever left out of the equation.

“I was trying to balance art and inward looking with outward looking and outreach, engaging the community,” she says. “And parenthood. There are immediate demands on your moments. I felt like I wanted to tell those stories and that they weren’t being told. I got a little fire in my belly.”

Chapin spoke to the Syracuse New Times about her past and future, and her Landmark Theatre concert on Friday, Oct. 4, where she will share the lobby stage with A.J. Croce, Jim Croce’s son.

What was it like growing up the daughter of Harry Chapin?

It was normal for me. Like everybody’s family is their model of normal. It was very much about both my parents and the world that they created. Our extended family of musicians was part of it, activism, a sense of connection to a wider community was part of it, as well. My dad was gone a lot. As much as he loved us and loved being a dad and was a great dad when he was there, everyone wanted a piece of him and he was not one to say no.

How did things change when he passed?

I was 10 when he died. So, through my formative years, he was gone, but that was a strong presence in its own right. People had an emotional connection to me, because of him, mourning my dad. A lot of it was the fact that he was gone, but very much around at the same time. As a performer, going on the road, more often than not after a show, people came up to tell me stories about how they loved him.

Tell me about your introduction to music as a player.

It was all around me. It was not an abstract concept. My dad was one of the musicians in my family, but especially after he was gone, my uncles, Tom and Steve, were big influences and inspiration and encouraging. One of my first recording gigs was singing on an album that they were producing when I was 12 or 13. Before that, I was like a lot of kids: played flute in elementary school, learned to read {music} that way, then in high school choir and band. Lots of different exposure.

You studied international relations in college at Brown University. You weren’t planning on becoming a musician, were you?

Music was on the side in college. I was in a really fun band, singing at frat parties and stuff like that. As my college years were ending, the band that I was in broke up and re-formed without me. It was kind of a moment, like, “Oh, wow. I really need to have music in my life. When I’m out of college, it won’t be so easy.” So it helped solidify that I needed to focus a little bit.

How did you resolve that problem?

Luckily, I had a supportive family. I graduated from Brown, then started as an undergrad again at Berklee {College of Music, in Boston}. I also got into the master’s program at Brown and thought I’d do this music program for a year, then go back. So I went to music school and started to think of myself as a musician and connect with people in that mindset. One year stretched into two. Then I moved to New York and started teaching. . . and started a band at the same time.

Reckoning is a very personal and powerful record. Tell me where it came from.

I was definitely building up a lot of ambition and hunger. I wanted a fully produced body of work of my own songs. I had done quite a few albums, but then I was raising two small kids. When my second son, Van, was born, I decided, I’m not gonna have any more kids, not yet. I want to make some noise. A lot of it is the story behind being a modern-day independent musician. If you decide to make an album, you decide to spend a lot of money. And you might not make it back. You have to have that fire. You want your voice to be heard.

Do you ever feel burdened being the daughter of someone as profound as Harry Chapin? Is there pressure or do you feel free to be your own artist?

It doesn’t feel like a burden. It feels like an opportunity because people are paying a little more attention. The world has moved on. Everyone’s not waiting for what Harry Chapin’s daughter is going to do. There’s a lot of people who love his music. They wish me well, and they’re willing to accept that it’s different. But they hear the connections, the spiritual, deeper connections. It’s definitely more of an opportunity. It’s a good thing.

You conduct workshops. What do you tell people who attend?

Recently, I’ve talked to people about stage fright. They say, “You seem so comfortable up there.” I really feel like when I’m up there, it’s not about you in a way. In a spiritual way, you’re serving the music. If you’re nervous, it doesn’t matter. Get back to serving the music at that moment.

Find out what your sound is. Hear out what you like. It seems obvious, but sometimes you have to really analyze and break it down. What is it about this music? What do I want to achieve with my music? How can I be authentic? If you’re constantly following that journey, then the other stuff can fall into place. Be authentically yourself. Don’t be anybody else. It’s cliché, but it can’t be emphasized enough.

Have you performed with A.J. Croce before?

No, and I’m excited! I’ve been hearing about him for years and years. And he’s got a famous dad, so I can relate to him as a stranger, someone who’s carved out his own path with the music. That definitely resonates with me. I’m really looking forward to hearing him. We also share a producer, Kevin Killen. They have worked together. Kevin told me he’s the nicest guy, which doesn’t surprise me.

For more from Jessica, visit:

Reeling in the Years
Piano Man
To Top