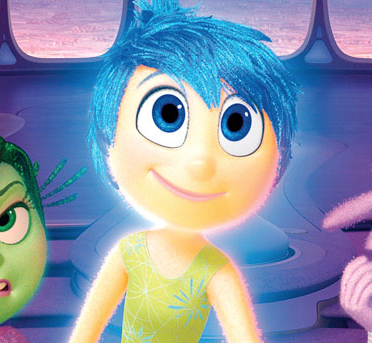 One little girl moves her emotions into Headquarters

The next Pixar movie will all come from inside the mind of one little girl.

Inside Out is being billed by the innovative animation company as “a major emotion picture,” reporter Sean O’Connell wrote for Cinema Blend Wednesday. He saw the new trailer, and he’s stoked.

“This is far more adorable than we had even hoped,” O’Connell writes. “Yes, Pixar is going for a few easy targets by showing how different mothers and fathers are at the dinner table, lost in their own thoughts. But the concept of all of us having our own emotional Command Centers opens the door to so many possibilities, and I can’t wait to see how the film explores them all.”

Adding to the intrigue is the list of voices that will play the emotions inside the head of the star of the movie.

Here is Pixar’s official plot synopsis, as quoted in the Cinema Blend story.

“Growing up can be a bumpy road, and it’s no exception for Riley, who is uprooted from her Midwest life when her father starts a new job in San Francisco. Like all of us, Riley is guided by her emotions – Joy (Amy Poehler), Fear (Bill Hader), Anger (Lewis Black), Disgust (Mindy Kaling) and Sadness (Phyllis Smith). The emotions live in Headquarters, the control center inside Riley’s mind, where they help advise her through everyday life. As Riley and her emotions struggle to adjust to a new life in San Francisco, turmoil ensues in Headquarters. Although Joy, Riley’s main and most important emotion, tries to keep things positive, the emotions conflict on how best to navigate a new city, house and school.”

O’Connell reminded me that Pixar, with its trademark animation look — you remember Up, don’t you — did not release a movie in 2014.

Can Al Pacino be Marvelous? 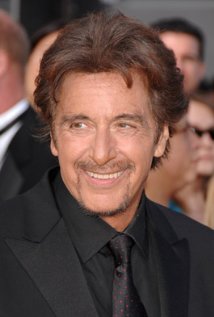 It was big news to reporter Adam Holmes of Cinema Blend on Tuesday that Al Pacino has met with Marvel Studios president Kevin Feige to discuss, well, “doing something in the future,” was the way Holmes put it in his story.

Feige pointed out that Pacino hasn’t been in a comic book movie since he played Big Boy Caprice in Dick Tracy way back in 1990.

But Feige pointed out that Marvel may be taking over the movie universe, and Pacino peers such as Robert Redford, Anthony Hopkins and Jeff Bridges have worked with Marvel already.

So Feige came up with five suggestions for Pacino for Marvel’s Phase Three.

He pictures the Godfather as:

I suppose now it’s Feige who must make the offer that Pacino cannot refuse.

Salt City-Bred Moviemaker Hosts His New Flick
Other than the pestilence and death, Exodus: Gods and Kings is a yawner
To Top