WriteAPrisoner.com provides an alternative for those looking for love.

For the single lady in search of a man, the pickings can be mighty slim, especially around here, where any dude with valid plates and a toothbrush gets snatched up like shares of Berkshire Hathaway. But to give up hope would be a big mistake. It’s just time to think inside the box.

Happily, the escaped murderers of Dannemora’s Clinton Correctional Facility — one dead, one back in custody after three weeks — didn’t suffer all those bug bites, lacerations and soiled underpants for nothing. Through their alleged manipulation of a lovesick prison worker, Joyce Mitchell, the duo served notice to available (and not-so-available) women that if you know how to work the system, the supply of eligible men is endless. These bachelors just need someone to believe in them. And maybe a hacksaw and three-speed DeWalt hammer-drill.

Times like these are when the Internet is immensely helpful. On the website WriteAPrisoner.com, I easily located dozens of promising men looking for a new lady friend. The options below are a tiny sampling of what’s out there, which is kind of terrifying. But isn’t love always a risk? You must be 18 or older to correspond. 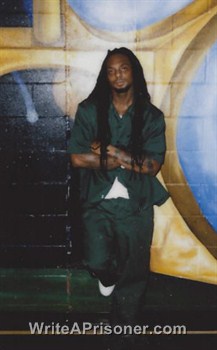 Born in the West Indies, Brett is searching for a “Ms. Non-Judgmental.” (Good luck with that, pal.) He enjoys music and traveling, although “traveling is on pause for the moment.” He also enjoys writing — and nursing grudges. “I’ve been in prison for eight years now and every friend I thought was loyal have (sic) yet to be seen or heard, but they fail to realize that my release date is far sooner than expected.” Is it, Brett? According to the Department of Corrections, the soonest the attempted murderer can get out is June 1, 2026. Sounds like Brett might be itching for a little Shawangunk Redemption. Wink. 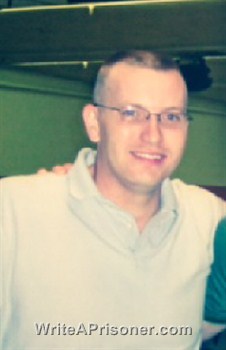 Bryon bleeds Orange, but his wife bled red when he bludgeoned and stabbed her to death on Thanksgiving Day and buried her on a rocky Lake Ontario beach. Now he’s in for life, and getting restless. “I enjoy the beauty of the world and miss it,” he waxes. He describes himself as “family orientated,” athletic and a devotee of the Toronto Blue Jays, Buffalo Sabers and Syracuse University basketball. Thanks, Bryon! Suddenly, phony term papers don’t seem like such a big deal. If you’re a woman who loves sports, nature, playing board games and watching movies (mostly action and comedy), this hunk could change your life — by shortening it. 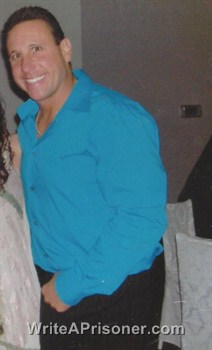 “Hello to all the ladies here and abroad” begins Devodier’s solicitation. Known simply as “Rog,” this possible lifer lives his to the fullest. He loves music, sports, fitness, travel, writing, reading and even cooking. He touts his “wonderful relationship with God” but says he’s more spiritual than religious. He’s a Gemini. He’s looking for a woman who is “bubbly, has a touch of class and a great sense of humor.” He also wants affectionate, adventure-loving and easy to get along with. Long list. He’s in for attempted robbery and grand larceny. “We never know what God’s plan is,” he says. The bigger question is: Does Rog have a flight plan — and how desperate are you to be part of it? 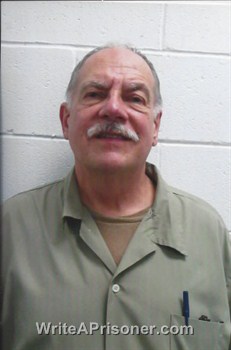 You can’t help but admire any solicitation from prison that begins: “Hello: I am a pharmacist.” Hmmmm. Martin, a first-time prisoner, works out four hours a day, and it shows. He looks awesome in his WriteAPrisoner.com photo compared to his bedraggled booking photo. He is studying French and German and also loves gardening and “the variety of people in Europe.” His crime, which he describes only as “vandalistic activity,” was maybe a bit more serious than that. He spread mercury at Albany Medical Center on four occasions because he was pissed about the amount of his hospital bill. Obamacare whiffs again. Martin says he’s “making the best” of prison, but at 62, with his earliest release date not until 2024, he could be easy pickings for a cerebral honey who knows her way around a chemistry lab and likes to, ahem, travel.