The musician’s search for the right sound is a lifelong and tedious quest for players of any type of instrument. Among a long list of other equipment factors, Jeremy Allen, 36, has been active in the Syracuse music scene since his teens, playing with groups including the Nasty Truth, the Methodist Bells and Hooker.

The multi-instrumentalist has played everything from guitar to keys to sitar, even studying at the Ali Akbar College of Music in his 20s. Pedal choices can feature all kinds of effects, with new and vintage options available. For those who want to keep it local, there’s an alternative: XXXPedals. 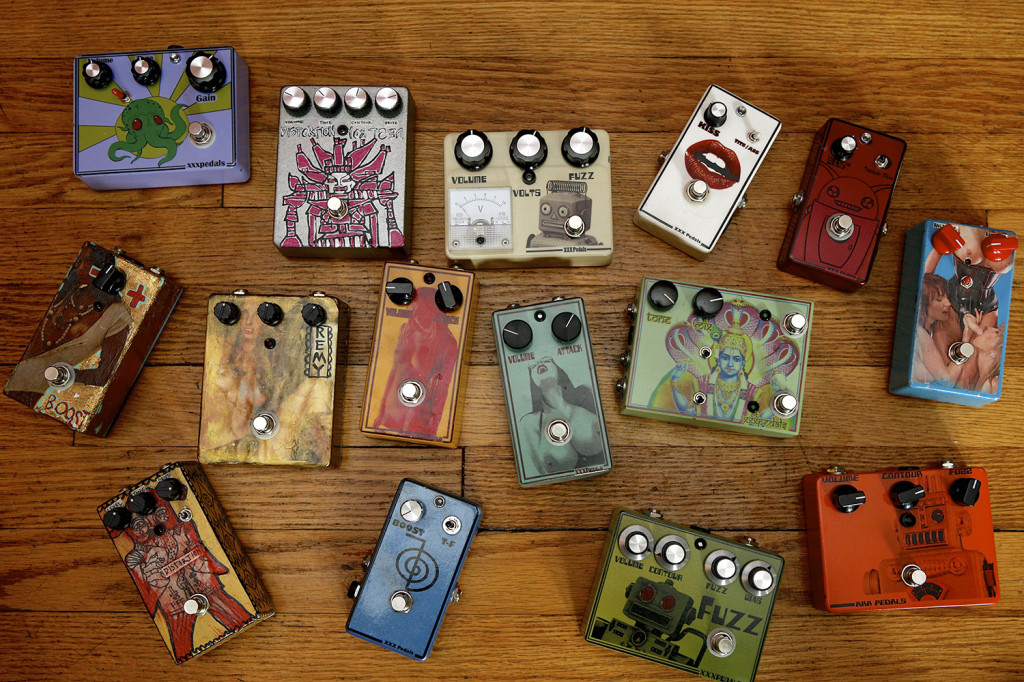 But in 2012, after years of acquiring equipment in that search for sound, Allen started dissecting what he already had. He took apart and rebuilt the pedals he had collected (think Fuzz Face, Tube Screamer and Ross Compressor), and realized these pedals had the sounds he was always looking for.

“I was surprised how good they sounded,” he says. “They started replacing my pedals and I started making replicas of vintage pedals that would otherwise be $600 to $800. It’s easy enough to find the schematics and vintage parts.” 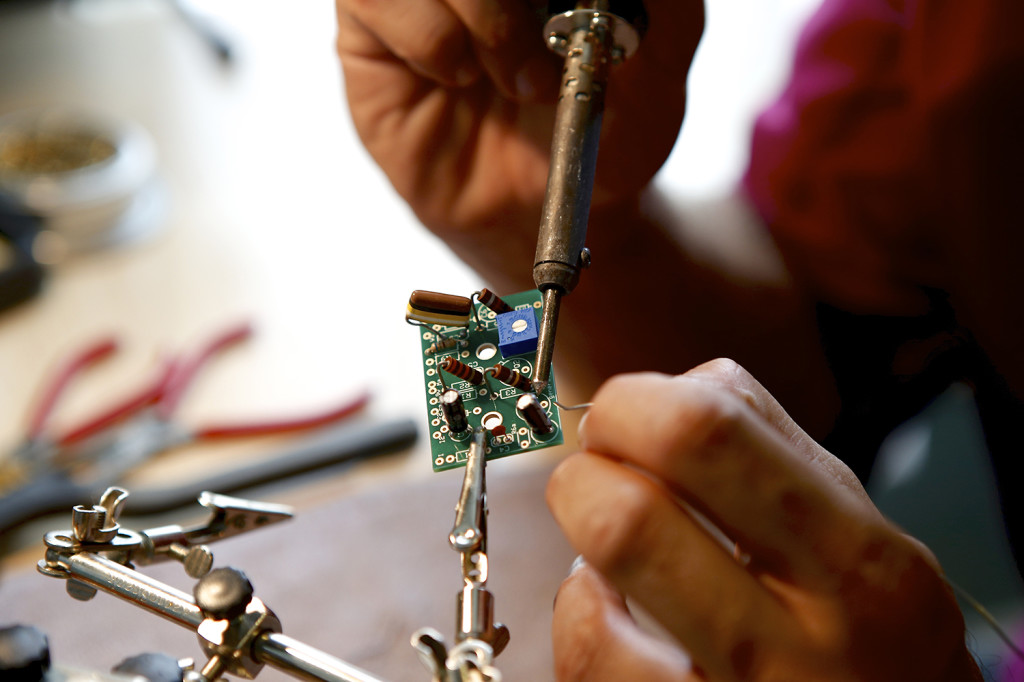 Allen started constructing popular analog pedals, and gradually branched into custom jobs and more intricate models. Allen and Tom Ward contribute art to the pedals, giving them a distinctive look. Custom artwork is also welcome: “I have a guy who has all pedals with pictures of his dogs on them,” Allen explains.

Once the buzz picked up, Allen started distributing the pedals at local music stores such as Gorham Brothers Music and Guitar Outlet. He usually makes a batch of five to 10 at a time, right in his house in the Westcott Nation. Building time varies on how many he’s producing at once, but generally takes six to 10 hours.

“I can, have and do anything,” he says. “Reverb, fuzz, ring modulators, distortion, boost, any basic analog effect, I can do.”

Local musicians including Maurice Love (Methodist Bells) and Dan Musclow (Flashing Astonishers) are among Allen’s clientele. “I like working on custom effects for musicians,” Allen says, “because they sometimes come up with ideas I never would have thought of.” 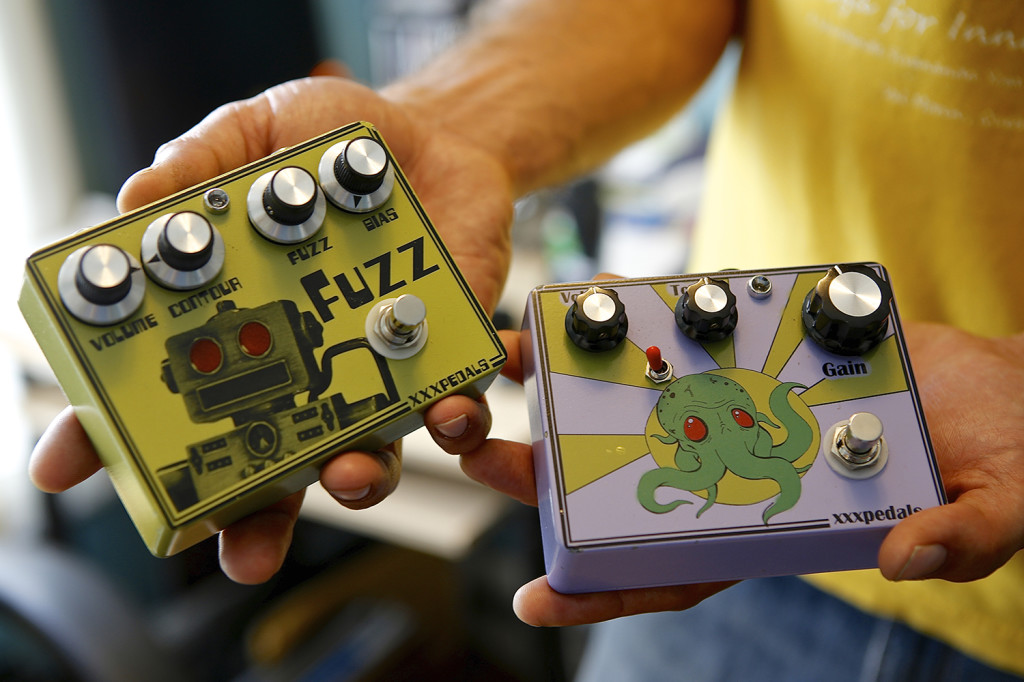 “Gorham Brothers Music helped me get started and helped me expand my market at first. They’ve been so awesome and helpful in promoting it.” — Jeremy Allen

Top Pedals (and what they do)

Boost: True to the name, these pedals give the musician an extra kick, often when switching from rhythm to lead and/or solo parts.

Overdrive: Distortion can be warm or gritty depending on volume, providing mid-boosted tone. The Ibanez Tube Screamer (a favorite of Stevie Ray Vaughan) is one of the most popular of its kind. 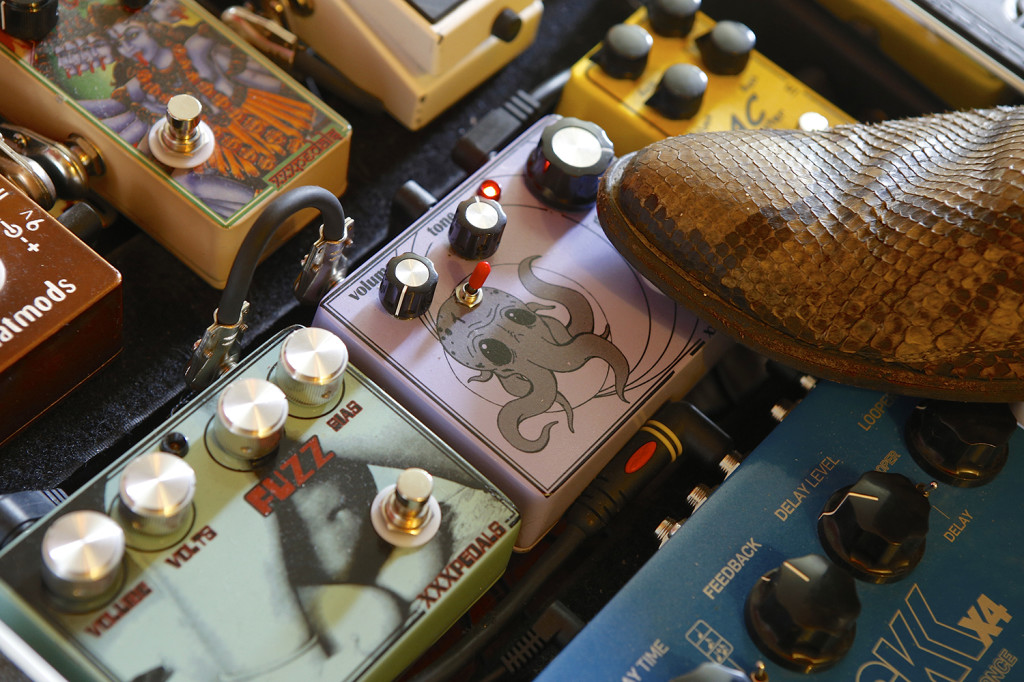 Distortion: While distortion, overdrive and fuzz terms are sometimes interchangeable; there are subtle differences between the three. Distortion provides a consistently pronounced effect at any volume.

Fuzz: Also true to its name, expect a distinctly fuzzy, heavily distorted sound that may include frequency multiplier circuitry, which gives an extra harsh bump thanks to harmonics. Think of the Rolling Stones’ “(I Can’t Get No) Satisfaction”.

Octave: These pedals affect the pitch, bringing tones an octave higher or lower. The Octavia may be the most popular of its breed, designed for Jimi Hendrix by his sound technician, Roger Mayer.

Points of Reference: May 30
Survey Shows Importance of Arts in Central New York
To Top