Pastificio’s attention to detail stands out among its pasta-serving competitors.

Pastificio is an Italian word meaning “pasta factory.” It’s a fitting name for the new restaurant and bake shop at 210 Brooklea Drive in Fayetteville, where Jennifer Wieczorek Polak, her sister Michelle Wieczorek Rand and their team have been busy cranking out homemade, fresh fettuccini, fusilli, rigatoni and other pasta since mid-May. 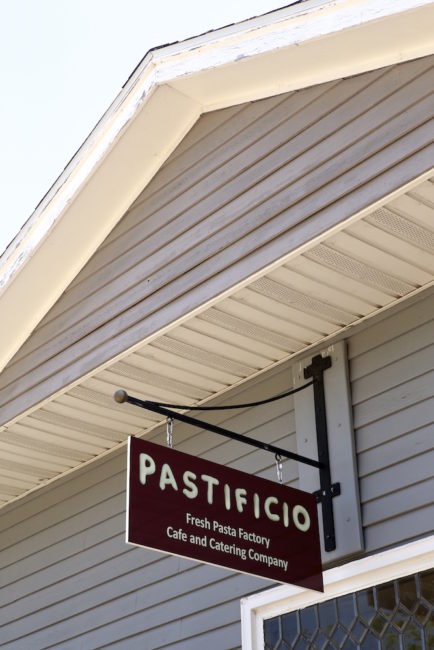 A second pasta machine from Italy arrived last week and they’ll soon be offering dried pastas as well, both in dishes and packaged for purchase.

Think Central New York has enough restaurants offering pasta? This place is different. It’s open seven days a week for breakfast, lunch and dinner. It also has a pastry chef on staff, so there’s homemade breads and no shortage of sweet treats in the dessert cases, including cakes, cheesecakes, cookies, and a Wieczorek family favorite called My Father’s White Chocolate Cheesecake. Polak is the chef and Rand runs the front of the house.

Polak grew up in Syracuse’s Tipperary Hill neighborhood and attended Onondaga Community College, where she earned a degree in food service administration. She has worked for a long list of Central New York restaurants: To the Moon, Ambrosia, Lemon Grass, Riley’s and others.

From 2005 to 2008, she owned and operated Choices, a takeout restaurant in East Syracuse. For a time, she lived in Colorado and worked as a chef at the Brown Palace, a luxury hotel in Denver, noted for its everything-from-scratch approach to food.

“I want everything to be from scratch,” Polak says of Pastificio. “I want to serve things you can’t get anywhere else.” 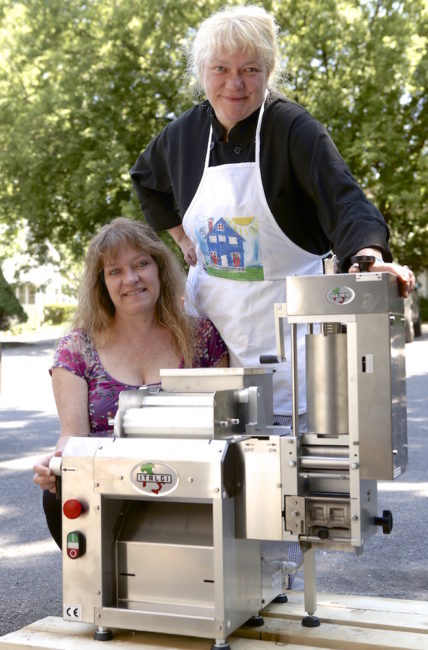 Breakfast choices include sandwiches, biscuits and gravy, pizza and French toast, plus house-made corned beef hash topped with two eggs. For those who like pasta for breakfast, Polak offers the Utica pasta omelet: homemade pasta, greens, cherry peppers and prosciutto, with asiago and mozzarella cheeses. Meats for the sandwiches and wraps served at lunch, including corned beef, turkey and chicken, are roasted in-house.

Pasta pie was intended to be a once-a-week special, but has proven to be so popular it’s now offered daily. Polak’s creativity shines in specials like beet ravioli stuffed with goat cheese and topped with roasted vegetables and seared shrimp, a recent entree. She occasionally makes whole wheat pasta and offers her take on dishes that aren’t Italian but are noted for the presence of pasta.

They include Brooklea pho’ (her spin on the classic Vietnamese broth bowl, with tender beef, rice noodles and lots of herbs and spices) and Creole gumbo (smoked sausage, chicken and shrimp, with vegetables and okra, served over house-made rigatoni). Pasta Polak, a nod to her Polish roots, features fresh and smoked kielbasa, cabbage and caramelized onions, seasoned with caraway and poppy seeds and tossed with fresh fusilli.

The restaurants at 210 Brooklea prior to Pastificio, notably Pascale’s Bake House and Brooklea Bakery and Café, were open for breakfast and lunch only. Polak and Rand want people to know they’re open for dinner, too: eat-in and to-go. “People are in such a hurry today,” Polak says. “People love takeout.”